...real estate disputes expert, Rachel Belinfante, considers the case of Beaumont Business Centres Limited v Florala Property Limited .  This is the tenth in a series of twelve articles in which our real estate disputes team look back over the key decisions of 2020*

Beaumont is a provider of serviced offices and the tenant of premises at the junction between Moorgate and London Wall. Florala was the owner of the neighbouring freehold property, which it bought to develop into an aparthotel. Florala’s development was found to have infringed Beaumont’s rights to light. Beaumont succeeded in obtaining a final injunction against Florala, despite the fact that Florala had completed their development and even let the building to a tenant.

In 2015 Beaumont developed its high-end serviced offices. At the same time, Florala agreed to buy the neighbouring property to develop the aparthotel. Beaumont’s development infringed Florala’s rights to light and therefore Florala sought to negotiate a reciprocal agreement to allow it to develop its building so that it would not infringe Beaumont’s rights to light.

Beaumont’s building was originally owned by Beaumont London LLP but in 2015 it completed a sale-and-lease-back. The sale included a right to light agreement which allowed Beaumont to take action against Florala for any rights to light claims in relation to increase in the height of Florala’s building of up to 11.25 metres (which Florala’s development would).

In 2016 Florala provided an offer of £155,000 to settle the matter. Beaumont did not accept this offer, however Beaumont’s surveyor confirmed that payment was due to Beaumont owing to its right to light agreement, at which point Florala withdrew their offer.

Florala commenced its development in 2017 and in 2018 Beaumont issued proceedings for a final injunction or damages in lieu of an injunction.

The judge concluded that Beaumont could establish a claim in nuisance. Whilst the offices were artificially lit and had low levels of natural light, even a small loss of that natural light could substantially affect a neighbour’s enjoyment of their property. Here the judge concluded that Beaumont would suffer a more than trifling or “de minimis” loss in rental income as a result of the nuisance and was therefore entitled to a remedy.

The prima facie remedy for rights to light infringement is an injunction. The burden lay on Florala to prove that the proper remedy should be damages, and it failed to prove this. The court was satisfied that Beaumont was concerned about the impact of the loss of light, and was not just seeking a pay out from Florala. The court therefore awarded Beaumont an injunction, which, if enforced, meant that Florala would be required to cut back its development.

The court also assessed damages, with the judge concluding that “compensation” damages would amount to £240,000. However, the judge preferred to award damages on a “negotiating” basis. The uplift of Florala’s development was valued at approximately £1.1 million and the judge said it “felt right” to award a third of the defendant’s profit to Beaumont. Therefore the assessed damages totalled £350,000.

Florala has sought permission to appeal.

This case is a move away from the previous rights to light case of Coventry v Lawrence, which suggested that injunctions were not an automatic right and that the courts have an unfettered right to grant damages. It is a reminder that injunctions remain the primary remedy for infringements of rights to light and therefore such rights need to be treated with the utmost care.  Developers cannot assume that they can simply compensate neighbours financially, as they face the risk that the court will order them to demolish their developments if they infringe their neighbours’ rights.

* yes, we know we are enjoying our twelve days of Christmas a bit early, but we just couldn't wait! 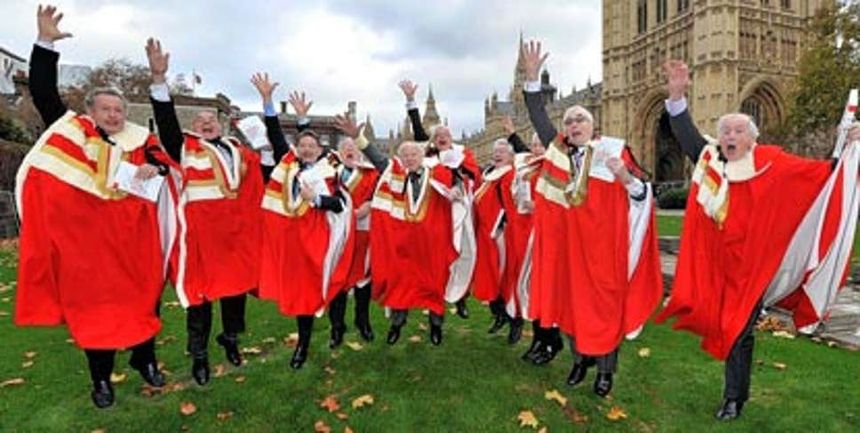