Day 3 of our 12 days of Christmas leads us to the case of Duval v 11-13 Randolph Crescent Ltd [2020] UKSC 18 in which Judgment was given on 6th May this year. With most of our population spending more time within the home environment this year as a result of the Covid-19 pandemic, there has been a marked increase in home improvements.  For those of us whose homes fall within a block of apartments/flats with other residences, the decision in the Duval case and its ramifications is of paramount importance with regard to improvements and alterations we may wish to make, so it is well worth its place for consideration as one of the major decisions this year.

In brief, there existed a system that currently applies in many residential blocks, where tenants cannot sue each other directly for breaches of covenant of their leases entered into with the landlord, but in each tenant’s lease under a specific clause (Clause 3.19 in this case) the landlord agreed with each tenant that upon meeting certain requirements, such as indemnifying or providing security for the costs the landlord may incur, they could request the landlord to take such action as may be required against another tenant in the building who may be in, or threatening a, breach of the lease.

The  building in question was the result of a merge between two mid terraced houses into a single block containing 9 flats that were let in the early 1980s under 125 year leases. Ms Martha Winfield was one of the leaseholders occupying a basement flat in the building and wanted to carry out alteration works which would involve removing part of a load-bearing wall that was not included within her demise. This was prohibited by another clause of her lease (Clause 2.7), which contained an absolute covenant against “cutting or maiming…any roof wall or ceiling within or enclosing the demised premises”. She applied for a licence to the landlord, which the landlord was minded to grant, but another tenant of the block, Dr Julia Duval, who held two leases in the block, contended that to do so would be a breach by the landlord of the obligations it owed her under her lease (Clause 3.19). Under Clause 2.6 of the lease the tenant agreed, “Not without the previous written consent of the Landlord to erect any structure pipe partition wire or post upon the Demised Premises nor make or suffer to be made any alteration or improvement in or addition to the Demised Premises.

The dispute went to the County Court, where Deputy District Judge Chambers found and made a declaration to the effect that, on the proper construction of Clause 3.19 of the Lease, there was no power for the Landlord to waive any of the covenants in Clause 2 of the lease without first obtaining the consent of all of the other lessees in the block. The Landlord appealed this decision to County Court Judge HHJ Parfitt, who found in favour of the Landlord holding that the Landlord had the power to license works that would otherwise be a breach of the Clause 2.7 covenants, but once licensed, they would no longer be a breach nor could they be the subject of any enforcement action under Clause 3.19 of the lease.

Leave was obtained by Dr Duval to appeal to the Court of Appeal, where Lewison LJ, Newey LJ and Sir Stephen Richards all agreed that the Landlord had made two promises in Clause 3.19 of  the lease: the first being that every lease in the block would contain similar covenants to Clauses 2 and 3 of the lease; and the second being an obligation to enforce the covenants at the request and expense of a lessee. The requirements for a “request” and “provision of security” for the landlord’s expense made the landlord’s obligation a “contingent obligation”, which Lewison LJ held had not arisen on the particular facts of this case.

In dealing with the principle formed by the County Court Judge that the granting of a licence would negate the Clause 2.7 breach, Lewison LJ held that, in granting a licence for Ms Winfield’s works that would otherwise be a breach of the absolute covenant  in Clause 2.7,  the landlord would be committing a beach of the Clause 3.19 agreement with every other lessee in the block, and would be the case, not only where the opposing lessee had already made the request and provided security at the date of such licence, but also where the obligation remained contingent. This led to the Court of Appeal making a declaration that the Landlord’s waiver of the Clause 2.7 breach of covenant by a lessee or granting a licence to commit what would otherwise be such a breach would amount to a breach of Clause 3.19 against all the other lessees.

Before the Supreme Court many good arguments were made by the landlord as to what the parties to the lease must have intended, such as it being inevitable that over the life of the long lease each lessee would want or find need to carry out repairs, renovations or improvements that fell within the scope of Clause 2.7. However one argument that was dropped was that the landlord could waive the Clause 2.7 covenant at any time, instead arguing that it could only grant licence up to the time the objecting lessee makes the request and provides security under Clause 3.19. The landlord also argued that a request could be made under Clause 3.19 only for so long as it remained legally possible for the landlord to take enforcement action but not thereafter, as a landlord could not be expected to pursue a claim where the tenant would have a complete defence, i.e. that it had licence from the landlord.

Dr Duval accepted the Court of Appeal’s findings but sought to establish as a rule of law the proposition that when two parties enter into a contract to carry out an obligation each of those parties should not do anything that would prevent them being able to carry out that obligation. In effect amounting to an additional obligation that the landlord would not do anything to put itself in a position where it would not have the power to comply with the other obligations under Clause 3.19 when the contingency therein arises.

The Supreme Court accepted and upheld the Court of Appeal’s judgment as to the landlord being in breach of Clause 3.19, agreeing that the landlord’s obligation under that clause was contingent on the request and provision of security for the costs; and that Dr Duval had done the former but not the latter.  Whilst the Court of Appeal had come to the conclusion that this meant the landlord was not under any express obligation to do, or refrain from doing, anything, the Supreme Court found favour with Dr Duval’s arguments as to the implied obligation saying that whilst this is not, as Dr Duval contended, an immutable rule of law, “it is an implied term which, like other implied terms, is sensitive to the express terms of the contract and must satisfy the tests of business efficacy or obviousness : Marks and Spencer Plc v BNP Paribas [2015] UKSC 72 [2016] A.C. 742 [14]-[32].”

The Supreme Court found in favour of Dr Duval concluding that it would be “uncommercial and incoherent” to say that clause 3.19 could be deprived of practical effect by a landlord giving consent to a lessee to carryout work before another lessee could make a request and provide the necessary security. However, with regard to the landlord’s argument about the need to carry out some sort of repairs, renovations or improvements that did fall within the ambit of Clause 2.7 during the long term of the lease, the Supreme Court accepted this to be the case but simply said that the parties understood that “routine improvements and modifications of this kind would be unlikely to impinge on other lessees or affect adversely the wider structure or fabric of the building and it would be entirely sensible for the landlord to be in a position, where appropriate, to give permission to the lessees from time to time to allow such works to take place”.

This finding by the Supreme Court and the comments as to allowing works that impinged Clause 2.7 has left matters in an unsatisfactory state as, whilst there will be those tenants and landlords who are only too happy to define the alterations or improvements being requested as “routine” the tenants who wish to oppose will have their own views that may well lead to a proliferation of cases for the courts to determine. If that was not bad enough,  the Supreme Court’s decision to impose an implied term of this nature in relation to the potential breach of one particular absolute covenant (Clause 2.7 in this instance), means that the principle of the argument could apply to any absolute covenant, however minor, and also applies retrospectively as well as going forwards given that they were stating the law as it always was rather than creating new law.  This decision may just have raised more questions than it has answered and will have far reaching implications. 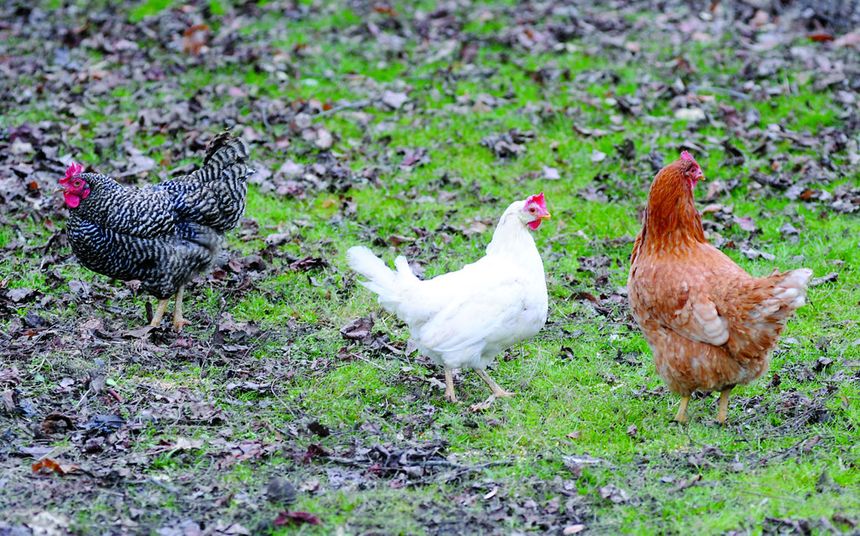