On 15 September 2020, the High Court handed down its judgment in the Financial Conduct Authority’s (FCA) business interruption insurance case. We discussed the key aspects of the judgment and the implications for businesses in our previous blog.

In our article we looked at the possibility that, as a result of the judgment, a number of businesses will not be able to make a claim against their business interruption insurance. In addition, the FCA and insurers are likely to appeal the judgment to the Supreme Court if they cannot agree a solution to pay outs between them. If there is an appeal, many more businesses may be unable to claim against their insurance if the Supreme Court disagrees with the High Court’s findings.

However, there are other avenues for such businesses to consider, for example, whether their insurance broker was negligent when the business took out the policy in question.

Was a Duty Owed?

The key to any potential claim will be the contract between the broker and the insured, which will establish the duties of the broker and whether they were acting for the insured as an advisor in respect of the policy.

If the broker was acting as an advisor, they will be acting under a contractual duty to advise the insured that the policy suits their specific needs and requirements, and to advise them of any limits to the policy.  In addition, the contract will clearly set out limitations of liability between the parties.

In the absence of a written contract, the scope of the broker’s duty will need to be established by reference to the instructions given, the correspondence passing between the parties, and the nature of the relationship as a whole.

Liability for negligence against a broker can arise in a number of circumstances, and each case will need to be considered on its own merits. In practice though, it will require something akin to an instruction to the insurance broker to obtain ‘full cover’ (or, more obviously, ‘cover against pandemics’) to establish a duty by a broker to obtain cover for pandemics. Even then, it must be reasonably foreseeable to the broker that ‘pandemic cover’ is the sort of cover this particular client should have considered.

Was the Duty Breached?

The starting point will be to consider why, in fact, the insured was not covered for business interruption under the insurance policy they took out.

Was it as a result of the broker not properly assessing the insured’s requirements or their exposure to disease outbreaks? For example, it is arguable that brokers should have considered the ability for a business to continue to operate despite being required to close their premises.

Or perhaps the broker did not explain fully the terms of the insurance policy on offer, such that the insured understood the circumstances under which they would not benefit from the insurance. In addition, it will be important to consider whether the broker explained the availability of additional cover for incidents not covered by the standard wording.

Looking at the point in the context of the pandemic, as we already know a number of policies will not cover the existence of a pandemic, and we need to consider why that might be.

As the mainstream media regularly remind us, none of us have lived through circumstances such as these before, but that is not to say that we have not lived through pandemics, or indeed that the occurrence of a pandemic was not considered to be a real and likely possibility.

Along with risks such a flooding, industrial accidents and attacks on transport or crowded places (namely a terrorist attack) pandemics have been considered a threat and have featured on the National Risk Register since 2008. On the National Risk Register, a pandemic is listed as causing the highest level of relative impact and is in line with severe weather in respect of its relative likelihood.

According to the National Risk Register a pandemic was thought to be more likely than attacks on crowded places, attacks on transport or an electronic attack.

The National Risk Register lists influenza specifically when considering a pandemic as a risk to the United Kingdom, however, in recent years new illnesses such a SARS, swine flu and bird flu have also shown the impact that pandemics can have on a global scale.

So if you were an insurance broker, did you have a duty to consider and advise the insured in relation to the policy specifically in respect of whether it would provide adequate business interruption insurance should a pandemic situation occur?

From a simple view, if the likelihood of a pandemic occurring was equivalent to an episode of severe weather it is questionable why the latter would be considered in the provision of an appropriate policy, but the former would not be.

Was the Breach Causative of the Loss?

When considering the value of any claim for negligence against an insurance broker, quantum will be calculated by looking at the difference between any sums paid out by the policy and what would, or rather should, have been paid out had the broker advised correctly.

Business interruption insurance exists to provide an injection of cash into a business which, for a number of reasons, has its usual pattern of functioning interrupted. The purpose of such insurance is to enable the business to continue as a going concern.  It could be argued therefore that a reduction in the insured’s profitability as a result of an inadequate policy is a loss which flows from the alleged negligence and is, therefore, reasonably foreseeable as damages recoverable from an insurance broker.

It may be that an appropriate policy was available for the insured, and advised by the broker, but at a significantly increased premium to that which the insured paid or indeed was prepared to pay. In such cases, a claim for negligence is unlikely to succeed as the breach did not cause the loss. Whilst an insured may say that in hindsight they would have paid such a premium and purchased the policy, it is likely that in order to persuade a court of this the insured will need to demonstrate a history of being risk-averse, which could be difficult.

If a business finds itself in a position where it is not covered by its business interruption insurance as a result of the pandemic, they should seek advice on whether there is a potential claim against their broker for negligence; the facts of the matter will be key – in particular the question of what the broker was asked to obtain cover for.

Hannah Clipston and Stephanie Reeves will be presenting a webinar on the FCA Test case on 21 October 2020 – if you are interested in attending please register your interest here.

If you would like any further information or would like to discuss the impact of the judgment on your business, please get in touch with Stephanie.reeves@irwinmitchell.com 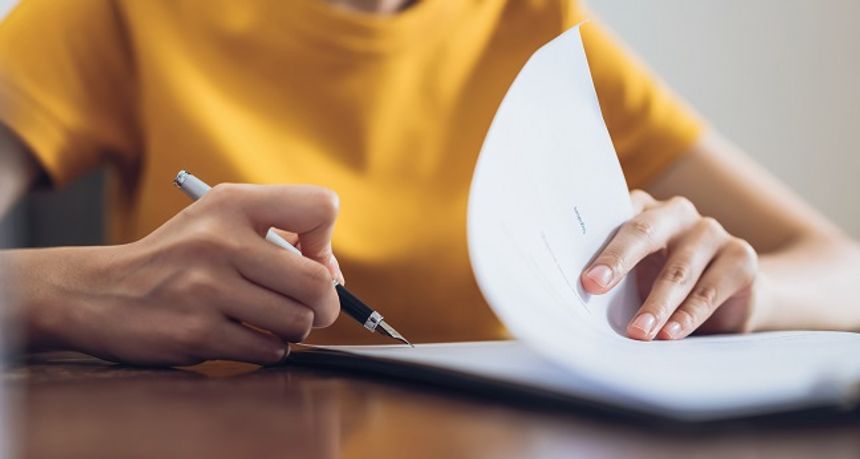