Things have been rather serious in the planning world of late, so this week's blog is deliberately on the lighter side*.

Last week, the High Court handed down a judgment in a rather unusual planning enforcement case. The question before them was whether to continue to grant injunctive relief against the continued installation of a piece of modern art at Hoxton Docks, in East London**.

The case is unusual, not only because it involved injunctive relief, but also because of the installation itself, which involved five singing sharks floating on a pontoon in the Regent's Canal - which were intended to both sing, give lectures, and include a fairly impressive audio visual display.

The piece, entitled, 'Sharks!' was the winning design in this year's Antepavilion competition, and was described in Guardian as "five polystyrene and fibreglass beasts equipped with smoke machines, laser beams and speakers. Some will even blow bubbles out of their mouths. Over the coming weeks, the sharks will sing songs and give lectures to each other on the subject of architecture and urbanism."

It is clear from the Judgment that the song in question was not, as I originally feared, 'Baby Shark' but rather Charles Trenet's La Mer, which was to be sung in harmony and in French, as a commentary on the UK's departure from the EU.

The Council were successful, not only in maintaining the prohibitive relief preventing Sharks! from being fully installed, but also in their quest for mandatory relief. The Court ordered that the four sharks that had already been placed on the pontoon be removed.

In making this decision, the Court found:

" 69.  Regarding whether there is a serious issue to be tried that the installation of Sharks! is a material change of use of the land at the Site and therefore a "development" for purposes of section 55 of the 1990 Act, the claimant's position is that, to the extent that art installations have been permitted at the Site over the past 20 years, it has been as an ancillary use to the principal B1 use of the Site. The installation of Sharks!, however, goes beyond ancillary use. I agree that there is a serious issue to be tried in this respect. Given the size, scope and location on the canal of the installation, there is a prima facie case that it goes beyond use that ancillary to permitted B1 use at the Site."

"95. Having regard to all of the foregoing factors and weighing them all carefully in the balance, which I have not found to be an easy exercise, I conclude that the balance of convenience falls on the side of granting the injunctive relief sought, both as to continuation of the prohibitions in the Interim Order (subject to some clarification of the language) and granting the mandatory relief sought by the claimant. I am satisfied that it would be just and proportionate to do so."

Earlier today, I caught up with Wayne Beglan of Cornerstone Chambers, who acted for the Council, to get his thoughts on the case.  Wayne put the Council's success down to a "carefully calibrated decision taken over the exact scope of the relief sought and the very detailed evidence put forward to explain why it was necessary".

This was a case where "injunctive relief was required because of the history of 'temporary' exhibits remaining on site for extended period of time". The defendant, Mr Gray, had a long history of disputes with the council and at the time the injunction was served had two outstanding enforcement notices on the property (there are now three), so "there could be no certainty that traditional enforcement powers would prove effective".

The case is an example of the wide range of enforcement powers available in the local authority's toolkit, and whilst I had Wayne on the other end of Zoom, I took the opportunity to ask him about the Enforcement Proposals in the Planning for the Future White Paper.

Proposal 24 of the White Paper has the distinction of being the only proposal in the consultation paper that the Government is not actually consulting on. There are no questions relating to it. It does however state that MHCLG:

"will review and strengthen the existing planning enforcement powers and sanctions available to local planning authorities to ensure they support the new planning system. We will introduce more powers to address intentional unauthorised development, consider higher fines, and look to ways of supporting more enforcement activity.

5.30. This will include implementing our commitments from the Government's response to the consultation on unauthorised development and encampments, to strengthen national planning policy against intentional unauthorised development and ensure temporary stop notices are more effective. And will also consider what more can be done in cases where the Environment Agency’s flood risk advice on planning applications is not followed"

I asked Wayne what he considered the current weaknesses in the planning enforcement regime were. Here, Wayne's views and my own align. "I have never been involved in a case where the local planning authority has not had the power to address an issue", Wayne said. "There is, however, a real issue with the resourcing of Council enforcement teams" which can make it difficult for them to operate proactively.  This resourcing issue is not just limited to the financial resourcing of departments, but also in "ensuring that there are officers involved who are sufficiently experienced and familiar with all of the powers in the local authority's toolkit. The experience and expertise" of the instructing officer in the Sharks! case "was one of the key reasons behind the outcome".

Finally, in a nod to Jonathan Easton's twitter poll, I asked Wayne if the 'shiver of sharks' was the most exotic animal case he had been involved with.  I am mildly disappointed to report that, after some thought, the answer to this burning question of the age was: "yes".

* although it does get a bit White Paper-ish towards the end... you have been warned.

SHARKS!, the winning proposal by architect Jaimie Shorten takes inspiration from the Headington Shark, the full-scale fibreglass sculpture of a shark that crashes into the roof of a terraced house in suburban Oxford. Installed in 1986, the Headington Shark was the subject of a prolonged campaign by Oxford City Council to force its removal. Eventually, the case was assessed by the Department of the Environment in 1992 which decreed that it could remain, noting that ‘the shark is not in harmony with its surroundings, but then it is not intended to be in harmony with them’. 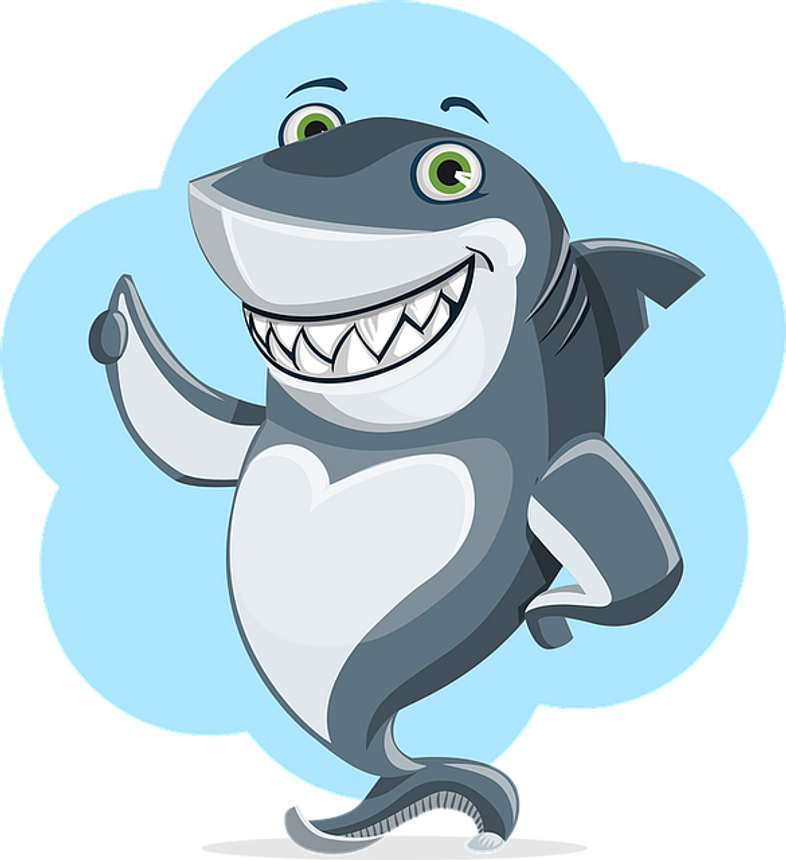