It’s no secret that, in this modern world, diversity and inclusivity within a business is essential for it to thrive and attract talented candidates, as well as for it to avoid a claim under the Equality Act 2010. Here at Irwin Mitchell, inclusivity is deeply entrenched in our culture, a fact which has been recognised on numerous occasions, including our success at the 2018 Signature Awards where we won the Excellence in Diversity category.

But beyond its employees, a business’ commitment to inclusivity as part of its branding strategy has quickly become a necessity in order for it to continue to attract and retain customers. Again, this is not simply because of the Equality Act.

Under the terms of the Equality Act, an advert for the sale of goods and services cannot discriminate against one of the Act’s ‘protected characteristics’, i.e. sex, race, disability, gender reassignment, pregnancy and maternity, marriage and civil partnership, religion or belief, sexual orientation and age. But there is a lot more which makes us diverse than simply those ‘protected characteristics’, and whilst the Act prevents discrimination in advertising, it does not compel businesses to actively advertise to a demographic. This is where consumer purchasing trends come in.

In January 2019, marketing company ‘Insights’ published an article entitled “A Movement, Not a Trend: The Power of Inclusive Marketing”, which stated that “70 percent of Millennials are more likely to choose one brand over another if that brand demonstrates inclusion and diversity in terms of its promotions and offers”.

The power of that preference played out in 2014 when Mike Jeffries, the CEO of Abercrombie and Fitch (which also owns Hollister), was forced to stand down after a plummet in the business’ sales. The decline was due to a number of factors, including years of disputes arising out of Abercrombie’s hiring practices which, claimants alleged, were racist and exclusionary. Matters weren’t helped by Jeffries’ comments in an interview (in 2006, but which gained revived media attention in 2013) where he admitted that Abercrombie’s strategy was to “hire good-looking people in our stores. Because good-looking people attract other good-looking people, and we want to market to cool, good looking people. We don’t market to anyone other than that”, adding “A lot of people don’t belong [in our clothes], and they can’t belong. Are we exclusionary? Absolutely.”

Prior to 2014, some commentators were questioning whether Jeffries’ strategy was a stroke of genius. If the brand appealed to the tall, thin, “good looking” people it was targeting, would they not be flattered that they fell into such an elite category? After all - it had worked for Abercrombie to date.

Seemingly, what those commentators couldn’t have predicted was the rise of social media.

The infamous Mike Jeffries interview was published in January 2006, 2 months before Twitter was founded, and over 4 years before Instagram was launched. But the interview’s media revival was due, largely, to it finding its way onto social media over 7 years later, which prompted one activist to film himself giving away old Abercrombie clothes to the homeless, a video which gained 4.5 million views in just a matter of days.

So the Abercrombie tale serves as a stark reminder to businesses of the perils of appealing to just one demographic and, worse, one physique. This poses particular difficulties for ‘fitness’ brands, which often rely heavily on social media influencers to promote their products, whilst having to tackle the difficult climate that gyms can sometimes be intimidating environments, especially for those who do not consider themselves to resemble a social media fitness model.

This booming fitness brand recently rocketed into the media limelight due to its share and funding restructure, during which the business was valued at over $1 billion, making it one of very few companies to be given ‘unicorn’ status, i.e. a limited company (rather than a PLC) valued at that level. Not bad for a business which was founded only 8 years ago by a teenager named Ben Francis, who (along with some high school friends) started out screen-printing clothes in his parents’ garage!

Following completion of the deal, Francis released a video in which he stated that, in deciding on which investors to choose for the business going forward, it was essential that they fitted Gymshark’s values. So what are they?

Well it would appear that they definitely include diversity and inclusion. This week, Gymshark has hit the media again after posting a picture on its Instagram account of influencer, Nelly London. The photo shows a comparison of two images – the first of Nelly with her signature, high-waisted Gymshark leggings pulled up, flexing her biceps. The second, with the leggings pulled down to her hips, with her midriff hanging free, without tensing. Gymshark’s post quoted Nelly’s words - “Because we are all both soft whilst also being incredibly strong. One side is not weaker, less valid or less worthy. Both exist together perfectly”. Gymshark went on to state “Beautiful words, beautiful body, beautiful soul”.

The post has divided opinion. On one side, followers have thanked Gymshark for seeking to create an inclusive and body positive culture in the fitness industry, commenting that how a person looks aesthetically does not necessarily reflect how they perform in a fitness sense. On the other side, followers have criticised Gymshark for promoting what they consider to be overweight physiques and ‘unhealthy habits’, stating that the post does not represent the brand and that Gymshark is simply bowing to the pressures of social media. In response, Gymshark told those who commented negatively that they should ‘unfollow’ Gymshark and that there would be a lot more similar content to come.

So what was the impact? Well, the social media frenzy caught the national media’s attention, with the Daily Mail and the Mirror both producing articles. The Instagram post itself attracted nearly 700,000 ‘likes’ and nearly 25,000 comments. Conversely, Gymshark’s previous post had attracted just under 25,000 likes and 185 comments.

The conclusion? Diversity and inclusion matters to consumers, and it should therefore matter to businesses, because the evidence suggests that brands which fail to recognise it are likely to fail too.

Irwin Mitchell provides legal advice to brands on reputation management and the engagement of influencers.

A pair of high-waisted, aqua-coloured leggings. That's what prompted a record breaking number of likes (over 680,000) and comments (thousands) on one of Gymshark's recent Instagram posts – or rather, the woman wearing said leggings did. For body confidence influencer, Nelly London, smiling and showing her soft stomach on social media is nothing new. But the response to this particular image, of her posing in workout gear, was unparalleled. 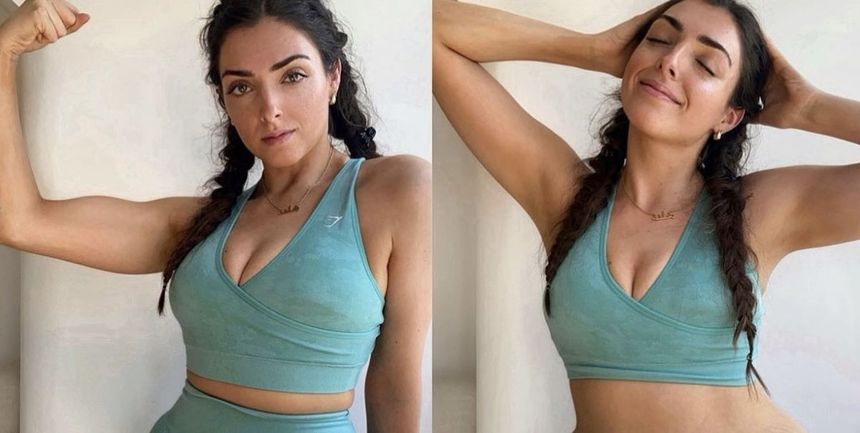