Over the last few months, we have been working with the amazing research team at Knight Frank* to analyse the relationship between:

It has been a fascinating project and the resulting report, released today,  is well worth reading**.

Details of exactly what we did and how we did it are set out in the report (link below). The results, however, revealed far more than I had anticipated.

The relationship between a council's policy approach to retirement living and the demographic pressures it is facing are both nuanced and complex.

Although there is a very broad correlation between the rate of demographic change facing an authority and its planning score, it was far from clear cut. Whilst in very general terms, councils with larger older populations were more likely to have policies that catered to them, this was far from a universal position. In fact the council with the largest senior population, Birmingham, currently has no specific policies that consider how they should be accommodated.

This is something that Birmingham has in common with many of the councils  facing the greatest increase in their ageing population. The top ten councils on this metric are all in London. A city where 22 of the 33 boroughs*! were found not to have specific policies or allocations for seniors housing.

Both London and Birmingham are, of course, cities, and this reflects one of the clearest trends that we found in our research. Namely that, given the size of their older populations, and the rate of the demographic change, larger cities tend not to be living up to their potential when it comes to making provision for retirement living.

If I were to speculate about the reasons for this,*^ I would point to a lack of focus on older people in larger cities, both politically and specifically in planning terms.

Large cities are trying to deal with a wide range of pressing issues when it comes to housing. The two which tend to attract the most attention (and the most political pressure) are:

The need to fix these two specific issues, overall supply and affordability, tends to draw attention away from other considerations; such as seniors housing, even when these have been demonstrated to be part of the solution.

It is this focus, or indeed the lack of it, that seems to separate those authorities who are performing well on the overall opportunity score from those who are not.

Authorities such as Poole*" and Cheshire West and Chester  have adopted policies in their local plan which demonstrate that they have both thought about the housing needs of their elderly population and how to meet it.

There is no such thing as a 'typical retiree'. The over 65's cannot be lumped together as a single category. Every person is different and has individual needs and concerns. In a similar way,  seniors housing is a broad and diverse market - covering everything from 'age appropriate' market housing schemes designed with the down-sizer in mind to 'independent housing with care', where care , support and the provision of facilities form a vital part of the offering to residents, who also retain private accommodation, with their own 'front door'.

Age appropriate housing is relatively easy to categorise. Where many authorities struggle is with 'housing with care' which can be treated as either C2 or C3, depending on the council. Both parts of the market have a role to play, as they meet the needs of different retirees. They do not, however, need the same support in policy terms in order to thrive - although greater clarity would greatly assist them both.

The 'best in class' authorities from a planning policy perspective:

If more councils adopted the same approach and prioritised policies for senior housing when reviewing or drafting their local plans, we would go a long way towards unlocking the sector's true potential.

* Lauren, if you are reading this, I just want to say 'Hi' and 'You are an absolute superstar'. Thank you!

** Full disclosure: I am one of its authors, so may be more than a  little bit biased, but I stand by my earlier statement. It is worth reading.

*! well, 32 plus the City of London, which is technically not a borough, but is a local planning authority with its own local plan.

*^ which, naturally, I am going to

*^ Ok, admittedly Poole no longer exists, but BCP has yet to adopt a unified local plan. It currently has three, of which Poole has the best seniors housing policy, so bear with me for a little while on this.

Of the councils surveyed, 161 (50%) do not have any specific planning policies in place for housing for seniors. While this is a considerable improvement on the results from the 2017 report (when 62% of councils were D rated), the total number of councils still not planning for an ageing population remains significant. But it is encouraging that the number of A-rated authorities has almost doubled from 9.7% in 2017 to 18.6% today. 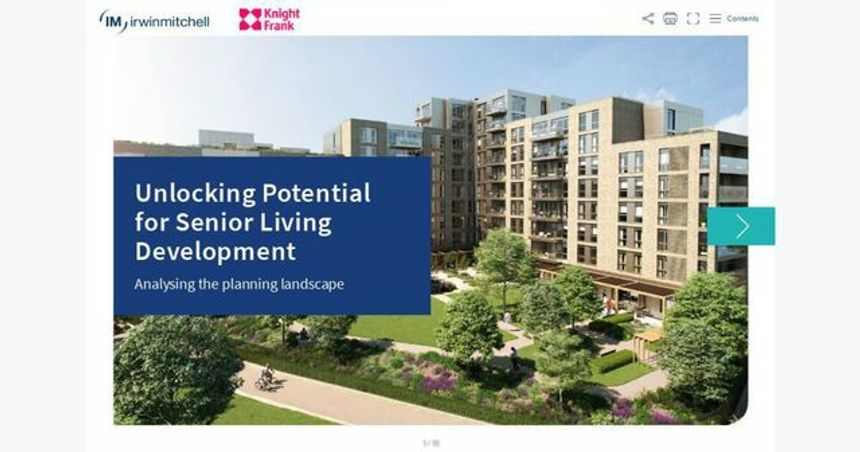