By Ted Powell and Naomi Findlay

Sport cuts across race, religion, age, gender, politics and more. Professional athletes have a diverse and far-reaching platform that can be used to have a substantial positive impact on the world. However, clubs, governing bodies and sponsors have placed restrictions on what athletes can say and do to ensure their platforms are not used for negative purposes, or purposes which are seen as running contrary to “brand values”. As football, cricket and rugby union gradually return in England, we’ve broken down the restrictions applying to each of these sports and discussed some key points that professional athletes should be considering at the moment.

What behaviour could lead to disrepute? Generally, discriminatory comments based on characteristics such as race and sexuality will almost certainly breach the terms on disrepute. Players should be incredibly careful when using their social media channels to ensure they do not post comments, slurs or language that could be discriminatory. Liking or sharing discriminatory posts (whether explicit or not) could also bring the sport or the club into disrepute. Further, players should seriously consider their use of discriminatory language during conversations with teammates and support staff, even if such conversations might be considered light-hearted, or as “banter”. Whether or not it has in the past, the use of such language or behaviour clearly no longer has a place in society.

In addition, the standard player contract states that players cannot display messages on any item of clothing without the written consent of their club. Likewise, the FA Handbook 2019/2020 expressly prohibits any political or religious message appearing on a player’s clothing, boots or equipment. Significantly, the Premier League and all 20 of its clubs expressly supported players in replacing the names on their playing shirts with the words “Black Lives Matter”, including a Black Lives Matter logo on their shirts and taking a knee before games. The Premier League has, however, stated that this support for Black Lives Matter was not political.

However, players should be cautious not to display any other political message that has not been expressly approved by the Premier League and their club. It’s also unclear whether FIFA would consider Black Lives Matter messaging to contravene the International Football Association Board’s Laws of the Game (which also prohibits political messages) should an international team choose to wear the Black Lives Matter badges once international fixtures resume.

The ICC Code of Conduct and the England and Wales Cricket Board’s Directives also prohibit conduct that brings the game into disrepute, such as inappropriate comments which are detrimental to the interests of the game. Again, players should be cautious when making statements that could be hurtful or discriminatory. Notably, in 2018 Ben Stokes was involved in a brawl in Bristol and was consequently was banned for six games and fined £15,000 for bringing cricket into disrepute.

As in football, the England and Wales Cricket Board have stated they "fully support the message that Black Lives Matter". However, they have also distanced themselves from “any political organisation” and “any group that calls for violence or condones illegal activity”. As a result, cricketers should be careful when addressing the Black Lives Matter movement and if they want to express their support for the movement, they should be clear that they are not commenting on any specific political groups.

Furthermore, players are not permitted to display personal messages without the ICC’s approval, and approval will not be granted for messages which relate to political, religious or racial activities or causes. The ICC approved of the West Indies having a Black Lives Matter logo on their shirts and the England shirts will also have one in the upcoming test series between the two countries. However, players should be cautious not to display any other personal message. The ICC have previously disciplined players such as Imran Tahir who, in 2017, displayed a t-shirt under his playing kit with an image of a Pakistani pop icon and religious preacher, Junaid Jamshed, who had died in an air crash weeks before.

The RFU’s standard player contracts for both the Premiership and Championship state that players must not do or omit to do anything which is likely to damage rugby union, or the club, or bring them into disrepute. The RFU 2019/2020 Rules and Regulations reflect the standard player contract terms and states behaviour that “brings or has the potential to bring the sport of Rugby Union, the RFU, or its commercial partners into disrepute” amounts to misconduct. Statements that are discriminatory by reason of religion, race, gender, sexuality, colour or national or ethnic origin are specifically listed as an example of such behaviour.

As with football and cricket above, rugby players should carefully consider their use of language on social media and in social environments and ensure it is not discriminatory, or have the potential to be seen as discriminatory, in any way. In addition, players’ engagement with the Black Lives Matter movement should be carefully considered. The RFU and Premiership clubs may choose to take collective action and use the Black Lives Matter badges and wording already seen on Premier League football shirts. Should they choose to do so, any refusal or criticism by a player could be viewed as bringing rugby union and the club into disrepute. Players should also be aware that the RFU are currently conducting a review into the use of the song “Swing Low, Sweet Chariot” and are actively encouraging players to share their views.

Speaking out about the COVID-19 crisis could also cause issues. The financial impact of COVID-19 has led to rugby clubs taking cost-saving measures and heavy criticism of a club’s handling of this process could bring that club into disrepute.

Whilst many subject matters are emotive and professional athletes may wish to use their platforms to show their support, they should first check the terms of their individual contract and any code of conduct that their club has. The restrictions on public statements, use of social media and displaying personal messages on playing kit may vary from the standard contract terms we’ve looked at in this article.

It’s also important to note that the restrictions on bringing the sport into disrepute will in almost all cases apply equally to an athlete’s personal life. Posts on social media, brawls on nights out and comments made privately could all be seen to bring the sport into disrepute and may result in disciplinary action or the loss of endorsement deals.

Where possible, we would encourage professional athletes to seek authorisation from their club and governing bodies before making a political statement. As seen in the Premier League, obtaining consent from the club and league gives players the confidence that they can make a powerful statement and initiate positive change without breaching their contracts and the governing body’s rules.

Professional athletes have a diverse and far-reaching platform that can be used to have a substantial positive impact on the world. 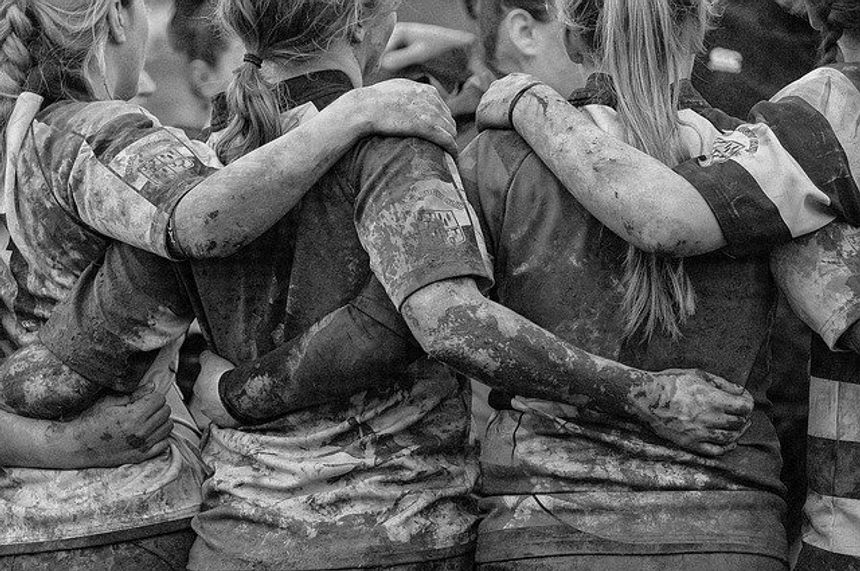