The last few weeks have been an absolute whirlwind of legislation, policy announcements and promised reforms to the planning system. In this post, I will attempt to take a step back and look at the big picture.* In particular, what, if anything, does the last few weeks of manic activity tell us about the government's vision for the English planning system. Are they just going through the motions, or should we brace ourselves for change of truly epic proportions.

The government has clearly recognised the connection between the planning system and the wider economy; and are changing the former in the hope of stimulating the latter. In fact, economic growth is the motivation behind many of the recent changes, including:

All of these measures are intended to keep the economy moving; just as much as they are to boost housing numbers.  In many ways this is to be welcomed. We are, after all, in perilous and uncertain economic times. There is a risk, however, that this unwavering focus on housing numbers and the economy could weaken the safeguards in place to ensure high quality development - an allegation that has already been made in respect of office to residential PD rights.

You should never be cowed by authority. Except, of course, in this instance when I am clearly right and you are clearly wrong

Given recent political rhetoric about the need to speed up the planning system, it is probably not a surprise that many of the recent legislative changes appear to be aimed at curtailing the role of local planning authorities in the decision making process.

The increased role of permitted development rights, fast-track application procedures and deemed consents all act to limit the discretion of local authorities. Either, in the case of prior approvals, limiting the range of material planning considerations that can be taken into account, or in the case of deemed approvals, allowing a decision to be made by default if the council cannot get through the application process in time.

Some of the proposed time-scales are extremely challenging (it is only 14 days for construction hours variations); so it is likely that councils, many of whom are already under resourced, will have to divert their attention from standard planning applications to focus on them. Which could have the, rather perverse, result of slowing the system down even further.

The thing about changing the world... Once you do it, the world's all different

The irony is that whilst these measures may be designed to try and take planning judgement out of the system, in many ways they are having the opposite effect. Many of the new permitted development rights are not only highly technical, but are accompanied by an ever increasing number of issues over which local authorities are given prior approval - which can now include impacts on residential amenity; the appearance of the development and whether or not it has 'sufficient' natural light. By requiring these 'prior approvals',  MHCLG is asking Councils to use their planning judgement prevent adverse impacts arising from these developments whilst simultaneously severely restricting their ability to oppose them.

In addition, the recent focus on 'building better, building beautiful' through driving up design standards; and building resilient healthy communities is almost impossible to achieve through a 'tick box' technical approvals system. These are outcomes that require a properly resourced and empowered planning system.

I didn't jump. I took a tiny step, and there conclusions were.

We have been promised an overhaul of the planning system for some time. Indeed only last week, No 10 confirmed that the current onslaught of announcements would continue, with a further 'policy paper' being released before the end of July. This is intended to set out the road map for further 'comprehensive reform' of the planning system.

From what we have heard to date, it looks as if this will again focus on promoting speed of decision making and reducing the scope of 'discretion' in the system by further expanding the use of permitted development rights and changing the use classes order to allow more development to take place without the need to make a full planning application.

There is also a lot of speculation that we will see a greater emphasis of 'zoning' style tools within the system, such as 'permissions in principle' and development orders to try and increase the rate of housing delivery. All of which would fit with the overall themes that this government seems to have adopted:

1. That planning system can be an engine of economic growth; and

2. That in order for that to happen we need to speed up the system, by curtailing the discretion available to local planning authorities within it.

It is widely acknowledged within the industry that local planning authorities are under-resourced. Many councils dealt with austerity by protecting front line services at the expense of their planning departments. The need to respond effectively to the current pandemic has stretched local government finances even further.

It has been pointed out by a large number of people (myself included) that every time the government attempts to 'simplify' the planning system  it ends up being even more complicated than before.*!  Pushing yet more reforms through at a time when councils are already thinly stretched, and less able to adapt to further radical change, seems particularly risky.

If the intention is to use the planning system to drive growth in the economy, then perhaps a more effective way of achieving this would be to properly resource the system we already have. After all, our planning system has achieved some spectacular things over the years: when it has been given the tools it needs to actually do so.

* with the occasional Buffy reference thrown in for good measure

** It could be bunnies... although this does seem highly unlikely in the circumstances

*! if you need an example, just take a look at the CIL regulations

A "wider range of commercial buildings will be allowed to change to residential use without the need for a planning application". Last year, the government introduced a raft of changes to permitted development (PD) rights in relation to high street uses. Planning has asked the Ministry of Housing, Communities and Local Government (MHCLG) for more details on the high street PD right changes announced yesterday but it had yet to respond at time of publication. 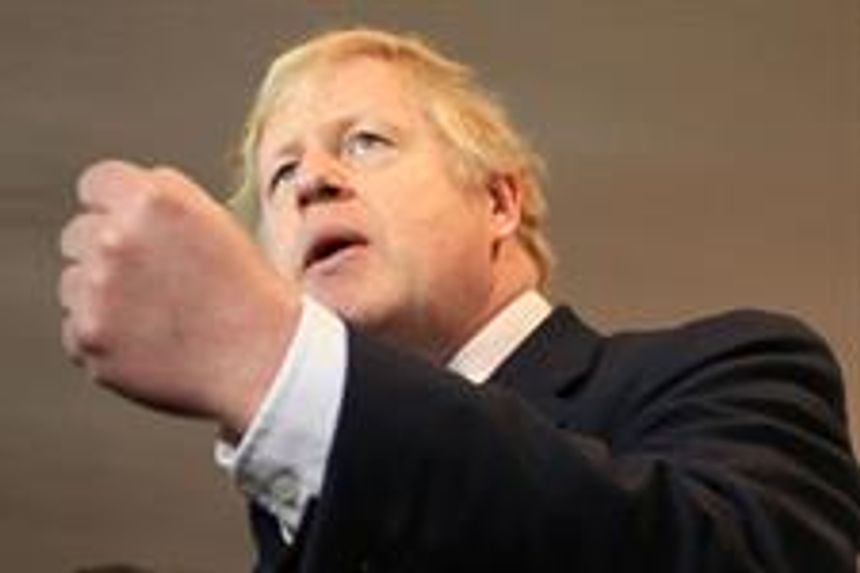