Planning Magazine has this week reported on a Consent Order settled by the Secretary of State in respect of the word "deliverable" in the NPPF. *Spolier alert - we were involved. This blog will briefly explore whether the Consent Order will indeed have major implications for the way in which local planning authorities go about calculating their five-year supply of housing land or 'put to bed.' the debate within the planning community as to the correct definition of 'deliverable'.

What was the issue in the first place?

The astute, or "planning informed" will know this to be a reference to para 11 of the NPPF and to "the presumption in favour of sustainable development when the policies which are most important for determining the application are out-of-date," informed by Footnote 7 as meaning that;

for applications involving the provision of housing, situations where the local planning authority cannot demonstrate a five year supply of deliverable housing sites (with the appropriate buffer, as set out in paragraph 73);

Annex 2 of the Glossary to the NPPF adds further detail, saying

Deliverable: To be considered deliverable, sites for housing should be available now, offer a suitable location for development now, and be achievable with a realistic prospect that housing will be delivered on the site within five years. In particular:

a) sites which do not involve major development and have planning permission, and all sites with detailed planning permission, should be considered deliverable until permission expires, unless there is clear evidence that homes will not be delivered within five years (for example because they are no longer viable, there is no longer a demand for the type of units or sites have long term phasing plans).

b) where a site has outline planning permission for major development, has been allocated in a development plan, has a grant of permission in principle, or is identified on a brownfield register, it should only be considered deliverable where there is clear evidence that housing completions will begin on site within five years.

If that were all we had on this point, the debate might well be much shorter. However ...

Paragraph: 007 Reference ID: 68-007-20190722 of the Planning Practice Guidance goes on to say that Annex 2 of the National Planning Policy Framework defines what a deliverable site is. "As well as sites which are considered to be deliverable in principle, this definition also sets out the sites which would require further evidence to be considered deliverable, namely those which:

And since the re-issuing of both the NPPF and the NPPG the debate has continued as to whether the inclusion of the word "namely" prior to the extended list in the NPPG means that the 2018 has effectively created a "closed list". I.e. if it is not deliverable in principle then the four types of site on the closed list in the NPPG can be further explored to see if housing completions will begin on site within 5 years. This Lichfields blog from last summer certainly supports the drafting point that a "closed list" had been brought about also notes that appeal decisions have generally been consistent in supporting a ‘closed definition’.

East Northamptonshire Council v Secretary of State for Housing, Communities and Local Government concerns a Decision Letter 24 January 2020 from Insp. Graham Chamberlain and the observation at para 36 that "the Council has included sites allocated in the emerging Local Plan (around 549 homes) and unallocated unapproved development schemes that are likely to come forward on previously developed land in urban areas, two of which were discounted by the Council from the brownfield register (around 225 homes). This is a significantly flawed approach as the definition of ‘deliverable’ in the Framework is a closed list. As such, at least 774 homes can immediately be removed from the Council’s housing land supply. This alone means the Council is unable to demonstrate a five-year housing land supply, the supply being in the region of 4.28 years."

The Consent Order for this case then reports that the Secretary of State "concedes that he erred in his interpretation of the definition of deliverable within the glossary of the National Planning Policy Framework (“NPPF”) as a ‘closed list’. It is not. The proper interpretation of the definition is that any site which can be shown to be ‘available now, offer a suitable location for development now, and be achievable with a realistic prospect that housing will be delivered on the site within five years’ will meet the definition; and that the examples given in categories (a) and (b) are not exhaustive of all the categories of site which are capable of meeting that definition. Whether a site does or does not meet the definition is a matter of planning judgment on the evidence available."

I discussed the case after the event with with Killian Garvey, Counsel, of Kings Chambers, who was also involved. He said: -

"This was a very interesting case and one that would have been a delight to argue in the High Court. I do not think this puts the issue to rest, as many developers will still be arguing that the deliverable definition is a closed list. Moreover, the Secretary of State has even made a recent decision where he did not disagree with the Inspector’s recommendation that the deliverable definition is a closed list. Thus, the Secretary of State is continuing to be inconsistent on the point. However, ultimately on the back of us winning the appeal, our client got permission on a re-submission. Thus, it was not worthwhile to continue the litigation - as much as we would have wanted to!"

As such, whilst the case remains an interesting one, the question of how closed the list is, in relation to the question of deliverable; it is as yet by no means put to bed.
{

"This was a very interesting case and one that would have been a delight to argue in the High Court. I do not think this puts the issue to rest, as many developers will still be arguing that the deliverable definition is a closed list. Moreover, the Secretary of State has even made a recent decision where he did not disagree with the Inspector’s recommendation that the deliverable definition is a closed list. Thus, the Secretary of State is continuing to be inconsistent on the point." Killian Garvey - Kings Chambers 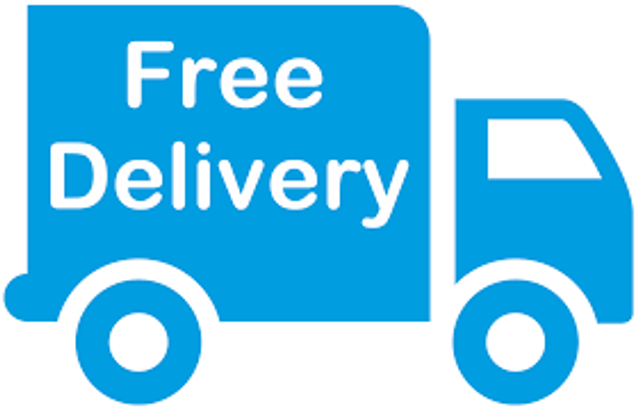 Levelling Up - what does it mean really?
Stuart Tym

It's #Budget Day! So what's in it for #Planning & #Environment
Stuart Tym
Recent posts from Irwin Mitchell - Business

WFH: Working from Home from Away
Danielle Parsons
repost  cancel