We may never know the full story behind the Secretary of State's decision to grant permission for the redevelopment of the Westferry Printworks just one day before Tower Hamlet's revised CIL Charging Schedule was due to take effect*. The Secretary of State's decision, last week,  to concede to judgment means that the inner workings of that particular decision may never be made public.

By conceding on the grounds of 'apparent bias', the Secretary of State has acknowledged that the optics of the decision were terrible, but maintain the position that there was no actual bias involved.

The concession came as a surprise to many of us (myself included), because judicial reviews  grounded in claims of bias, or indeed apparent bias, are notoriously difficult to bring in planning matters. This post looks as why bias claims have historically had such a tough time in the planning sphere, and whether this high profile concession is likely to change that.

It has long been an established principle of law that judicial, or quasi-judicial decisions, should be made by a fair and impartial decision-maker. This principle has evolved into three different strains of conduct that could render a decision unlawful:

The classic formulation of the legal test for apparent bias comes from the judgment of Lord Hope in Porter v Magill,** where he states that apparent bias will be found where a 'fair-minded and informed observer, having considered the facts, would conclude that there was a real possibility that the tribunal was biased’. *! This classic formulation of the test gets tweaked a little when dealing with recovered or called-in appeals,*" but the differences in the test are not so significant as to change the core principles involved.

So why is it so difficult to succeed with apparent bias in planning cases? well, there are two, really rather large, hurdles to success; one arising from legislation and the other from case law.

The legislative hurdle is contained in s.25(2) of the Localism Act 2011, which states:

"(2)     A decision-maker is not to be taken to have had, or to have appeared to have had, a closed mind when making the decision just because—

(b)     the matter was relevant to the decision"

The section essentially closes the door to the vast majority of bias or predetermination claims that arise out of previous statements or decisions made by a planning committee member or members (which is where most of the previous case law was grounded).

The protections only apply to local government decisions, rather than ministerial decisions or those of planning inspectors, but have proven to be a fairly effective bar to a large number of apparent bias cases.  Allegations of actual bias are not effected - as these require a direct interest in the result of the decision - which goes a long way beyond the wording of the statute.

Whilst decisions made by Ministers, or indeed the Secretary of State do not benefit from the protections of the Localism Act, they are no easier to challenge. This is due to the fact that the case law that has arisen on the subject is also distinctly... unfriendly... to apparent bias claims.  The difficulty is that planning is an inherently political process and this has been imputed into the facts that our "fair-minded and informed observer" is held to be aware of when deciding if there is a real risk of a biased decision.

How the Courts tend to treat these decisions, in the planning context, is summarised best in the case of R (oao Legard) v Royal Borough of Kensington and Chelsea*£. In paragraph 133 of the Judgment, Mr Justice Dove states:

"The starting point must be a careful examination of all the facts before the court, and not simply those which would have been known to the claimant or a hypothetical onlooker. The test to be applied is whether a fair-minded and informed observer, having considered those facts, would conclude that there was a real possibility of bias on behalf of the decision-maker. The fair-minded observer should be neither unduly suspicious nor complacent. The fair-minded observer would need to be satisfied that the complaints made could be objectively justified as giving rise to a real possibility of bias. In addition, the fair-minded observer will take account of the overall context of the evidence in reaching a conclusion on the available facts. Part of that context will include, in relation to cases involving local government, that members of local authority are democratically accountable and will have political allegiances and policy positions. Thus, it has to be acknowledged that councillors may have a predisposition in relation to a particular decision, but that will not amount to predetermination provided they approach the decision with a mind which is willing to grasp all of the merits to be considered, and which is not closed to making a decision amounting to a departure from their predisposition. In a similar way, as part of the context of a case involving a government minister, the fair-minded observer will be taken to appreciate that ministers often have difficult and finely balanced decisions to take, and that it does not follow from a decision in favour of, for instance, a vocal body of local residents, that the minister was biased in their favour. Once an allegation of apparent bias has been made out, it is not obviated by the fact the apparent bias has had no operative effect upon the decision under challenge."

In short, the 'fair-minded and informed observer' in question will  :

In Broadview Energy Developments*^, the Court refused to quash a decision made by a previous Secretary of State despite extensive informal lobbying of the minister by a local MP in the house of commons. The Court held that these conversations were inappropriate, but nonetheless:

"The well-informed observer would know that it was the responsibility of the relevant Minister to make difficult decisions about controversial projects such as on-shore wind farms. He would also know that sometimes such decisions are, as this one was, finely balanced. He would not think that a Minister's decision in favour of a vocal body of local objectors supported by their local MP showed any bias against the promoter of the wind farm project. He would accept that the Minister had to make a decision one way or the other and think that the parties should accept the outcome"

Against that background, it is not surprising that successful judicial review challenges based solely on the grounds of apparent bias are relatively few and far between.... which makes the Secretary of State's decision to concede  on this particular ground in the Westferry Printworks case all the more notable.

In all likelihood, we will never discover all of the information needed to put us in the place of 'fair-minded and well-informed observers' for this particular decision; but the fact that the concession was made at all may well mean that we see more of these challenges come forward... despite the real legal and evidential difficulties a claimant is likely to have in succeeding.

* although if you are hoping for an inside track, you may want to tune into 'Have I got Planning News for You' this evening

*! it's the man on the Clapham omnibus all over again

*"R (Royal Brompton and Harefield NHS Foundation Trust) v Joint Committee of Primary Care Trusts [2012] EWCA Civ 472 - state that in these cases you also need to look at both the inspectorate and the secretary of state and consider whether 'there is a real possibility that, if the advice was tainted by apparent bias, the decision was also affected.

Rather than disclosing the correspondence, the Housing Secretary's lawyers conceded the timing of his decision "would lead the fair-minded and informed observer to conclude that there was a real possibility" that he had been biased. Mr Jenrick accepted the original decision was technically unlawful but maintains there was no actual bias towards Mr Desmond. "We don't believe there was any bias," Mr Jenrick told the BBC. "But to ensure there was complete fairness we judged it was right for the decision to be re-determined." Tower Hamlets Council and the Greater London Authority have welcomed the announcement that a different government minister will now decide upon the project. 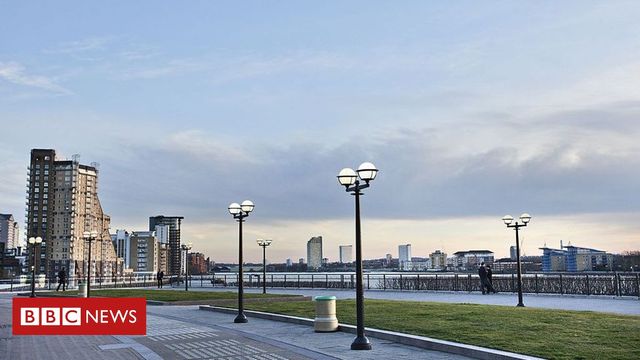