There is a lot for developers to think about right now. Everything from the availability of building supplies, to force majeure clauses in construction contracts and social distancing on site needs attention.

For those who have made the decision to mothball a construction site, there is yet another problem to grapple with: what do you do about the s.106 contributions and CIL payments on a stalled site?

s.106 Contributions are, in some ways, easier to deal with. As a general rule payments tend to fall due on specific events - such as commencement of development or the occupation of a specific number of dwellings - rather than at points in time. As such, it is usually possible to mothball a site without having to make additional payments under the s.106 Agreement until development starts up again and the next trigger points are reached.

If you are in the very early stages of construction (such as site clearance or demolition), you may well be able to close the site down before any payments fall due at all, as these works are often excluded from the definition of 'commencement' used in s.106 Agreements.

Whether it is possible to revisit the overall quantum of the payments due under a s.106 Agreement will depend on a number of factors. Primarily, whether you actually need to; how important the site is to the Council's housing land supply and delivery plans; how long the site is mothballed for; and, perhaps most crucially, whether MHCLG decides to intervene.

It is already possible to amend s.106 agreements:

There are no express grounds on which an application for a modification under s.106A can be made, so it is possible to make an application on viability grounds, and there is a right of appeal if it is refused by the Council (under s.106B).

Historically, s.106A has often of most use when a party that isn't the Council had either disappeared or did not want to co-operate with the amendment. The Council is, of course, the initial decision maker for the application - so if they are not willing to agree to the change it is likely that you are going to have to go to appeal.

As such, the reasons for requesting an amendment, and the importance of the site to the Council's strategic plans, are likely to be highly relevant.  We are in unprecedented times. Councils are going to need to preserve both their housing land supply, and the ability of consented schemes to actually deliver new homes, so that they are not starting from scratch when we emerge back into the sunlight.*

In the circumstances, if there is a genuine need to revisit a s.106 Agreement on a consented site to ensure it can be built out; then application is likely to be considered sympathetically. Particularly if it relates to a strategic allocation.

When sites stalled after the last recession, the Government introduced time limited ability to reduce the affordable housing provisions in existing agreements, on viability grounds (under s.106 BA). There has been no indication, as yet, that this could return. It would be a difficult political decision, given the current need for more affordable housing stock - which is likely to become more acute as a result of current circumstances.

That said, if we are in lockdown for longer than currently anticipated, and housing delivery rates do not recover in the way MHCLG hope, then it is an option that they may well consider. Not least as the relevant legislation has already been drafted and merely needs to be dusted off and re-implemented.

CIL is a much thornier issue to deal with, and will require Government intervention if we are to find a satisfactory solution.

Unlike s.106 Agreements, CIL payments are triggered by any material operation that meets the definition set out in s.56(4) of the TCPA 1990.** The definition of 'commencement' has not been contractually narrowed. Which means that they can be triggered much more easily, and much sooner, than the s.106 Agreement on the same site.

CIL Payments are also linked to periods of time, rather than development events, which is a problem when you have to mothball a site partway through construction.

Unsurprisingly, given their reputation for inflexibility, the CIL Regulations do not deal with this situation well. I am about to get into the weeds here, so please bear with me*!.

Assuming a developer has their pre-commencement paperwork in order*", under reg. 70, the CIL liability for their site will either become payable:

If an instalment is missed or paid late, then the unpaid balance falls due immediately and Council has the ability to levy surcharges (which are discretionary) and late payment interest (which is not).

A Council's ability to adopt an instalment policy is set out in Reg 69B, and there is a lot of discretion over how Council's formulate them. The only requirements are that it include:

(a)  the date on which it takes effect, which must be no earlier than the day after the instalment policy is published on the website;

(b)  the number of instalment payments;

(c)  the amount or proportion of CIL payable in any instalment;

They can also change their instalment policy at any time, without significant prior consultation (reg 69B(4)) provided that they leave at least 28 days between alterations (reg 69B(5)).

The result of this really quite stark. If you have commenced development on a site, and then have to shut it down part way through construction, you have to keep paying CIL in accordance with the relevant instalment policy.

If you don't then the entirety of the unpaid balance will fall due and you will have to pay late payment interest on it (and possibly additional surcharges as well, depending on how the Council chooses to exercise its discretion).

There is no discretion in the wording of the CIL regs on this point. Introducing some would require a further set of amending regulations from MHCLG.

The situation is somewhat alleviated if the Developer has phased their consent. As each phase triggers CIL independently, any phases that are yet to commence will not have triggered their CIL liability, but this does not assist with the phases that have been mothballed part way through construction.

So, there is nothing that a Developer can do under the CIL Regulations to avoid having to keep up CIL payments on a stalled site, but is the same thing true for Councils?

Well..... actually... no.... but the solution that is available right now is far from ideal and requires both a certain amount of creativity and a lot of trust  and good will from everyone involved... as  such everything that follows should  be viewed as a thought experiment.

It is time to get hypothetical .

Let's start with what we know isn't possible under the regs:

To look at what actually is  possible, we need to take a look at the rules around demand notices and the discretion that is available to Councils when it comes to enforcement.

A demand notice needs to be served in accordance with reg 69, which sets out the prescribed information that needs to be included in the notice, and the ability of a Council to revise it.

There is an ability to suspend a demand notice, under reg.69A, but this only applies to sites in multiple ownership, where development has not commenced  on the land belonging to the person applying for the suspension. This is a fairly niche power, as in most cases, these scenarios would involve very carefully phased planning permissions.

Once the demand notice has been served, and CIL becomes payable in accordance with it, the regulations become far less prescriptive about what happens next.

The enforcement provisions of the Regulations are contained in Part 9 (regulations 80 - 111). The array of enforcement powers available to Councils is eye-watering. They start with the imposition of surcharges and late payment interest, and go all the way up to seizing goods (distress), enforcing land charges, triggering insolvency and committing people to prison.

The key point for our purposes, is that all of these powers, with the exception of late payment interest, are discretionary. Councils are under no obligation to use them, what so ever.

Late Payment interest is not discretionary. It is imposed by statute (reg 87) and is set at "an annual rate of 2.5 percentage points above the Bank of England base rate". Which at the moment comes to 2.6%

As such, there is absolutely nothing in the Regulations preventing a Council and Developer agreeing that:

This would still leave a developer liable for late payment interest on the site, which would be running for the entire period that payments were suspended. It would also not prevent the Council using its enforcement powers at a later date. If the development is never re started, then the Council would still be able to recover the unpaid amounts if the site is sold on (or potentially force a sale if it is not).

As stated above, it is far from an ideal solution. It  is also one that would be easier to manage outside of London, where there are two charging authorities to contend with, both of whom would need to agree to the repayment terms.

Nonetheless, it is legally possible and would give both developers and Councils the ability to press pause on immediate payments.

We don't know how long our current circumstances are going to last. Ideally, MHCLG would bring in emergency legislation picking up on these points, but they have an awful lot to contend with right now.

The speed with which the government is responding to our current challenges has been phenomenal,  but even at this breakneck pace, it may take them a while to get around to planning obligations.

In the meantime, we are all going to need to work together to find solutions that enable mothballed sites to be re-opened in the future. Quite frankly, we are going to need them.

In the absence of a centralised response from MHCLG, that means only one thing..... I'm afraid, we need to talk....

* Yes, I am paraphrasing the Lion King. My new PA and I have been watching a lot of Disney films this last week.

** For those who have not memorised it, the definition is set out below:

(aa)  any work of demolition of a building;

(d)  any operation in the course of laying out or constructing a road or part of a road;

(e)  any change in the use of any land which constitutes material development.

*! or skip the next three paragraphs.

*" if they don't, CIL becomes payable immediately on commencement. Which is not fun.

We are in exceptional circumstances, and are doing our utmost to keep construction sites operational wherever it is practical and safe to do so. Whilst the guidance from Public Health England may change in future, for the time being construction sites of any size that are operating during the Coronavirus Covid-19 pandemic need to ensure they are protecting their workforce and minimising the risk of spread of infection. To implement the Government’s social distancing recommendation the Construction Leadership Council has now published Site Operating Procedures. I would strongly recommend that these procedures are implemented by every operational construction site, with the aim of us having a standard approach across the industry that all firms and workers can adopt. 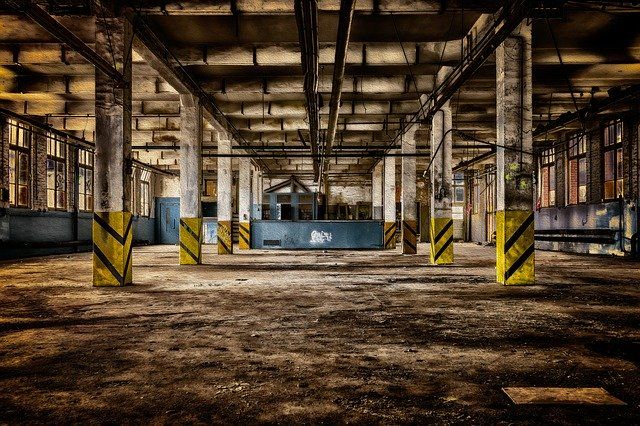 Once more with feeling: planning, politics and a plethora of announcements
Nicola Gooch

The Court will make Bankruptcy Orders during the Pandemic
Liam Salt

Political statements and professional sport – where is the line?
Ted Powell