Airbus is one of the World's largest manufacturers of commercial aircraft, helicopters and defence and satellite systems.

Whilst the French, German and Spanish Governments retain major ownership stakes in Airbus and the major  British ownership  interest in Airbus held by BAE was  taken over by the French-German-Spanish consortium (EADS) in 2006, Airbus nevertheless has substantial manufacturing operations in the UK , spread over a number of sites including  five major sites at Newport, Portsmouth, Stevenage, Filton and Broughton. Of these, Broughton in North Wales is the largest, employing some 6,000 people out of a total 13,500 staff based in the UK.

In the UK, Airbus is perhaps best known for the manufacture of fixed wings to be fitted to its suite of commercial aircraft and there was a real fear that Brexit would produce a re-location of Airbus's manufacturing activities to the EU in mainland Europe. This may still happen if the current trade negotiations between the UK and EU fail to produce an acceptable deal.

However, The Times published an interesting Article on Saturday 7 March 2020 under the banner "Airbus decides it's grounded in Britain", suggesting that the mood music within Airbus itself has changed over the last year and that Airbus now feels much more committed to a long-term future in the UK, notwithstanding Brexit.

The article attributes this in part to the recent change of chief executive at Airbus, with Guillaume Faury replacing Tom Enders in the top job and adopting a much more positive tone than his predecessor to continued manufacturing operations in the UK. It is clear from the article that the Welsh Government in particular has been working hard to secure the future of the Broughton plant.

Paul McKinlay, who is in charge of Airbus's operations at Broughton, is quoted in the same article as saying that "Airbus needs the UK and the UK needs Airbus as well" and pointing out  that, despite Brexit uncertainty over the last three or more years "Airbus has continued to invest in the UK sites during that period". The Times reports that Airbus continues to spend about £500 million annually on its facilities in the UK.

Clearly, as the Times article points  out, Airbus would like the outcome of a trade deal to be one which minimises administrative paperwork on transfer of supplies and product  and ensures mobility of personnel between Airbus's UK and EU facilities. However, the implication of the article is that Airbus is not lightly going to throw away all that it has achieved in building up its operations in the UK over many years.

Sentiment can change again, depending upon how the Brexit negotiations go, but at least there is a goodwill factor (no doubt underpinned by hard commercial logic) that is encouraging Airbus (which after all has other operations outside the EU) to maintain its links with the UK. 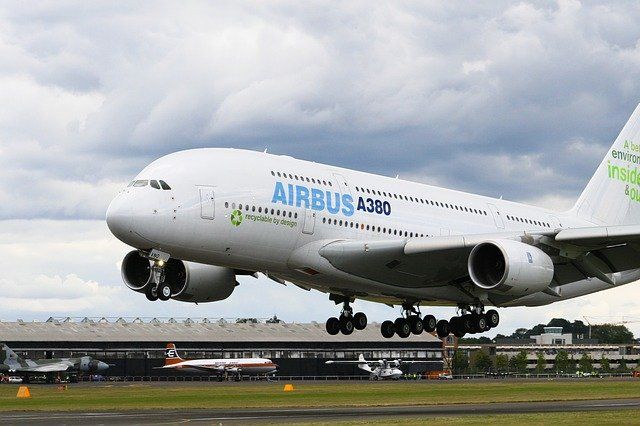