The first week-long round of UK- EU trade negotiations has now been completed.

Michel Barnier, the EU's chief negotiator, is reported to have commented that the discussions so far, albeit that they are at an early stage, have shown up a "very serious divergence! between the UK and the EU over their future relationship. A UK government spokesman is reported to have countered that, whilst the Brexit trade talks would be "tough negotiations", "this is just the first round".

M. Barnier is reported to have highlighted competition law and criminal justice policy as particular areas where he clearly seems to believe that the UK is failing to live up to the text and spirit of the non-legally binding Political Declaration agreed in January 2020 alongside  the Brexit Withdrawal Agreement . The EU wants "level playing field " competition law and human rights commitments to be spelt out as black letter law in the final wording of any comprehensive free trade agreement, whereas the UK wants the free trade agreement to confine itself to trade matters , with other matters to be dealt with separately, as appropriate.

M. Barnier has received some support from an unexpected source - the EU Committee of the House of Lords - which on 5 March 2020 published a report under section 29 of the European Union (Withdrawal Agreement ) Act 2020 on EU Council Decision 2020/266 of 25 February 2020, which authorised the opening of negotiations by the EU on the future UK- EU relationship  and attached the  EU's negotiating directives upon which those negotiations are to be conducted by the EU. The EU Committee seems to be of the view that the EU Council decision follows quite closely the  form and substance of the Political Declaration. The UK Government, on the other hand, in its written ministerial statement of 3 February 2020 and policy paper of 27 February 2020, has structured its own negotiating position at some textual remove from the structure envisaged by the Political Declaration - at least this is what the EU Committee of the House of Lords appears to believe.

In paragraph 20 of its report, the EU Committee states:-

"...we note that [the UK] Government's WMS and Command Paper, setting out its negotiating objectives, are in structure and in some content markedly different from the PD[ Political Declaration].the headings ( in particular, the division into "chapters"), rather than following the PD, appear to be based on those used in existing Free Trade agreements, such as the EU-Canada and EU-Japan agreements. As a result, significant elements of the PD are omitted, including sections on overarching principles, on fundamental rights, and on potential co-operation in the international sphere. While we understand that the political context has changed, as a result of the general election, the Government's approach makes it difficult either to conduct a line-by-line comparison with the PD, or to trace and explain the changes in Government policy since agreement was reached last October."

In this context, the EU Committee report also refers to Article 184 of the Withdrawal Agreement which places a legal obligation on both the EU and the UK to "use their best endeavours , in good faith and in full respect of their respective legal orders, to take the necessary steps to negotiate expeditiously the agreements governing their future relationship referred to in the Political Declaration".

In accordance with the procedures laid down by the above-mentioned section 29 of the 2020 Act, the EU Committee report is likely to lead to a debate on the report in the House of Lords within 14 sitting days of the publication of the report ( ie by 24th March 2020) on the basis that the report raises matters of vital national interest to the UK.

It will be interesting to see what happens!

The UK Government's approach could be that the substance of the Political Declaration has been preserved in its negotiating approach but the detail was always likely to be a matter of negotiations.  That is why one has negotiations!

Thee are obviously deep- rooted "political" aspects to the current negotiations - even the Political Declaration itself has that word in its title - and perhaps, therefore, it should not be surprising that negotiating positions have evolved. This is what happens in politics!

Both sides appear to be agreed on at least one thing - the negotiations were never likely to be easy. Both sides also appear to remain committed to reaching an acceptable trade agreement, which (if not included within the free trade agreement itself) hopefully will be supported by appropriate collateral agreements on key areas of concern (such as financial services and fisheries).

" A journey of a thousand miles begins with a single step."  (Famous Chinese proverb, attributed to Laozi.) 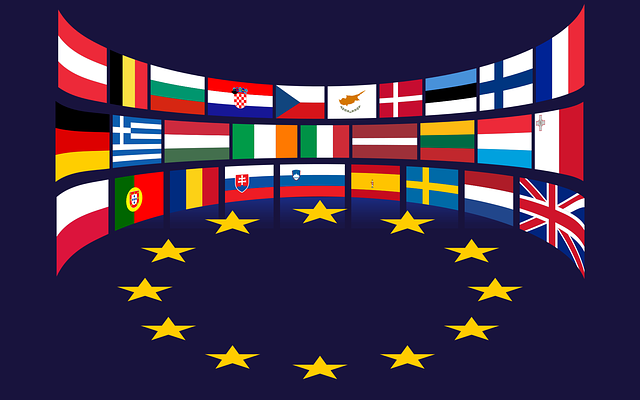