I recently caught up with England women’s rugby star and Irwin Mitchell ambassador Jess Breach following England’s dominant start to this year’s Six Nations, with two wins out of two games. We discussed England’s performances to date in this year’s Six Nations campaign and the teams’ expectations of retaining their Six Nations title from 2019. At the age of 22, Jess has already become one the most prolific try scorers in the women’s game and has helped guide her country to a Commonwealth Games bronze medal and to Grand Slam glory. Having achieved so much in such a short space of time, I found out what continues to motivate Jess and how important it has been for Jess to build a support network to manage her ‘off-field life’.

At the time of speaking with Jess, England had ignited their bid to become Grand Slam champions once more with a solid performance against a resilient French team, earning a victory by 19 points to 13 in the sun-kissed city of Pau. The warmth of the south of France quickly became a distant memory for the Red Roses as they played Scotland in snow and gale-force winds at the Murrayfield stadium,  in conditions that could have been likened to those of an arctic winter storm. Despite the weather, Jess added to her try scoring tally and helped the Red Roses win by 53 points to nil. I asked Jess if she was pleased with how the team had been playing.

“I think we have played very well especially going to France and playing France away. I think it was a challenge and it was definitely always going to be a hard game regardless of having beaten them twice before. It was a tough game and we really had to dig deep and I think with it being the first game of the Six Nations, it made it even harder because we knew we wanted to put our best foot forward to go into this campaign successfully. The weather conditions were very different to the Scotland game having played in 29 degrees [in France] which a lot of people aren’t used to. The [Scotland] game was not as free flowing as the France game, but, we grinded out a win”.

Jess was originally scheduled to play on the Sunday, but owing to Storm Ciara, the Red Roses were forced to play behind closed-doors at Murrayfield the following day.

“It was all quite a complicated weekend and we had to refocus on the Monday to play - obviously, we thought we were playing on Sunday but we didn’t. I think we are in a good place in the team going into Ireland which is going to be a tough game in two weeks’ time”.

I asked Jess what it is like from a players’ perspective being the team to beat having won the Grand Slam in 2019 and whether the Red Roses have had to change their approach from last year to maintain an edge.

“I think we have tried not to get too complacent. I think we played well in the Autumn Internationals prior to the Six Nations where we beat France twice at home and that was very intense and we scored in the last minute before then playing Italy. I think we put ourselves in a very good place going into the Six Nations and everyone wants to go and get a back‑to-back Grand Slam because that’s a nice thing to say and to achieve; especially as this is our build-up now to the big tournament in New Zealand . So we really need to focus and get things right and get our model and how we want to play going into these big tournaments. I think it is a case of trying not to get complacent which I don’t think we’ve done and it’s just now taking every game as it comes and hopefully, getting the win and retaining the Grand Slam”.

When asked about England’s chances of retaining the Grand Slam, Jess seemed confident that the team were prepared for the challenge ahead.

“I think everyone’s got that in their head that they want the Grand Slam and I don’t think many teams have achieved back to back Grand Slams. I think it’s good for the game and good for us going into the next year”.

Rarely do the public have an opportunity to appreciate the demands of being a professional athlete and to that end, I was intrigued to find out what Jess and her teammates get up to in preparation for a game and what they do in their limited spare time.

“We go into camp a couple of days before the game and we have some training sessions. They’re normally quite short, sharp training sessions, trying to get what we need out of them but we do have quite a lot of downtime as well to rest and recover and get lots of fluid and food on-board so we are ready for the game. Some people go out and have coffee or there are quite a lot of cards being played. Some people are doing their university work or enjoy just chilling and watching TV and series on Netflix. It’s quite nice because quite a lot of us have watched some of the same series and can all talk about it. It’s good to just try and relax sometimes and switch off because our schedule is quite busy. I have shared a room since I was probably 15, 16 [years old] with Zoe Harrison and we probably do everything together which is nice and it’s nice to have a close friend, but the whole squad is very close”.

Playing with the Best

The Red Roses have emerged as a dominant force in the women’s game with a star-studded line-up which includes World Player of the Year, Emily Scarratt. As our interview progressed, I was keen to understand what it is like playing alongside some of the best players in world and what impact it has on Jess’ performances and whether Jess has World Player of the Year in her sights.

“I think having people [in the team] that I have grown-up watching and been to see play is really motivating. People like Emily Scarratt and Katy Daley-McLean definitely push our skills and they push us to become better players. I think we do the same for them, because we’re younger people coming through and they want to stay playing and everyone’s got to get better and needs to improve to allow the game to grow and get better. It’s really nice to have the more experienced players among us younger ones to guide us and put us in the best stead to then perform”.

“Obviously any player would like to be World Player of the Year and that’s a fantastic achievement that Scaz (Emily Scarratt) has won and she’s done really well and she definitely deserves it. She has been performing for years now and it’s nice that it’s been recognised for her. I think, it would be nice but I’m still quite young and Scaz is older and more experienced than me and she’s won it now. I think hopefully my time will come and if that happens, it happens and it will be a nice achievement for me within my rugby career. I think I’ve just got to focus on playing at the moment which I am hopefully doing”.

When Jess isn’t training or playing for England or her domestic club Harlequins, she enjoys visiting her parents in Felpham on the South Coast where she grew up. Even when Jess is at home, she still finds time to support local charities close to her heart.

“Going home back to where I was brought up is quite nice. Being by the sea and is what I like and coming back to see my friends. It definitely allows me to switch off from rugby because they’re not rugby friends and they’re not rugby people. I like to see my Mum and Dad. I mainly get to come back when we don’t have a game at the weekend or I have got a couple of days off during the week”.

Never wanting to put her feet up for too long, Jess recently went back to her sailing club at Felpham to receive a cheque on behalf of the Snowdrop Trust for whom she is also an ambassador.

“I always wanted to support a charity quite near to my heart and I think one of the members of the sailing club was supported by a local charity in Sussex so I think it all resonates with me quite well and it was lovely to see that Felpham Sailing Club have raised some money to help those kids and families in need. It was lovely just to go back and see people who I used to hang around with and sail with and people ask me loads of questions. I just think it’s really nice and it’s reassuring for them to know that, just because I’m off playing it’s nice for them to see that I’m still the person that they grew up with and know. I love giving back to the community where I grew up”.

The Importance of a Support Network

Having started at grassroots level for her local club Chichester RFC to now be playing for England in only few years, I asked Jess how she manages her time, the attention and additional commitments that come with being an elite athlete performing on the world stage.

“At the beginning it all came very quickly and everything was good in my world and I enjoyed it and thought no different. Being a bit older now and I now actually think about my future, and I’ve now become an ambassador for Irwin Mitchell and they help me with my sponsorship contracts, tax needs and thinking about my future including a Will and a Power of Attorney. I think that’s really important for an athlete to have those things in place because anyone could get an injury that’s career threatening or even life threatening . I think it’s really helpful. When I was younger I didn’t have that support and I didn’t really think I needed it but it’s nice now to have a company to support me in that way”.

We are proud to have Jess as an ambassador of Irwin Mitchell and are looking forward to coming to support Jess on 7 March as the Red Roses take on Wales at The Stoop at Twickenham. We wish Jess and The Red Roses the best of luck as they take on Ireland next weekend.

If you are an athlete and would like to explore what Irwin Mitchell can do to support you, please do get in contact. james.mapley@irwinmitchell.com 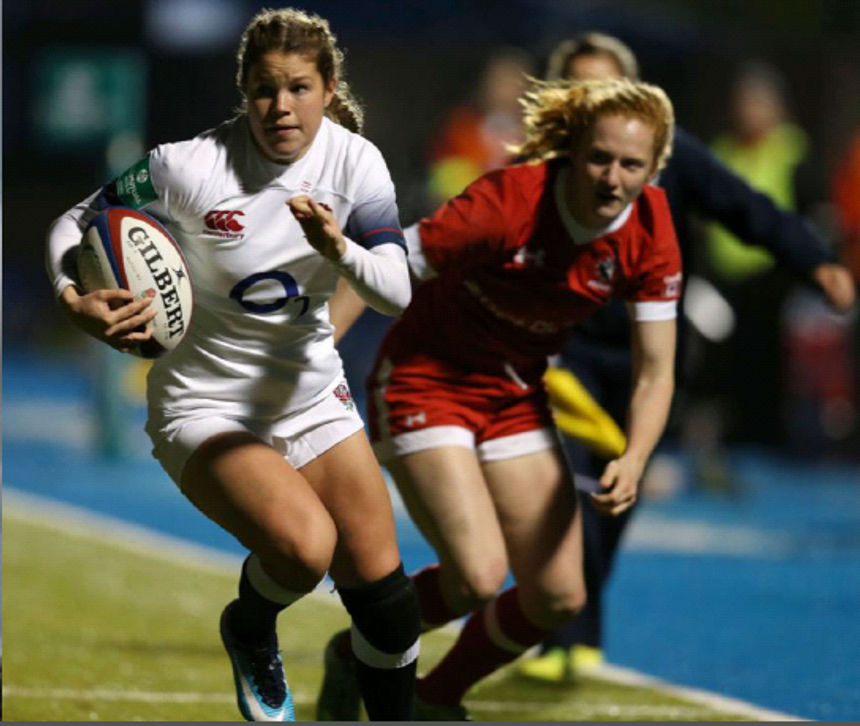