The Fawcett Society has supported a new Bill which, if enacted, will modernise the law on equal pay. The Equal Pay Bill will give women who suspect they are not getting equal pay the ‘right to know’ what a male colleague doing the same work is paid.

The 'right to know'

Anyone making a right to know request will be able to ask their employer for information about the pay of a colleague/s of the opposite sex going back up to six years.

They will be able to ask for the following information:

Employers will only have 20 working days to respond unless there are exceptional reasons why they can't do so. If they don't produce the information, the employee will be able to obtain a court order to compel them to do so and, if an order is made, the courts must consider granting the employee their full costs.

There's a further sting in the tail for employers. If they are on the receiving end of an order for costs, they only have 28 days to pay it otherwise they won't be able to defend any subsequent equal pay claim.

If enacted, these proposals could be 'game changers' and make it much easier for women (and men) to find out if they are being underpaid.

The Bill also contains other provisions of note:

Employers will have to explain about an individual's right to equal pay in their section 1 statements/contracts of employment.

All organisations employing 100 or more people will have to comply with the existing requirement to publish information about their gender pay gap.

In addition, the Bill requires organisations employing 100 or more people to publish the pay of employees of different ethnic origins and set out an action plan to tackle these.

Will this Bill become law?

The Bill has started in the House of Lords and will have to be supported by the House of Commons before it can become law. Its progress can be chartered here.

Even if the Bill becomes law, many of its provisions will be set out in separate Regulations.

Our research ... found that the majority (60%) of women in workplaces across the UK either don’t know what their male colleagues earn, or believe they are earning less than men who are doing the same job. Pay discrimination is thriving because we have a culture of pay secrecy in the UK and employers can get away with it because there is no transparency. Women who suspect they are being discriminated against should have the right to know if they are being paid less than a male colleague for doing the same job. If requested, employers should have to provide this information. By giving women the right to know, our Equal Pay Bill would empower women who are being discriminated against at work to get the information they need to challenge this injustice. 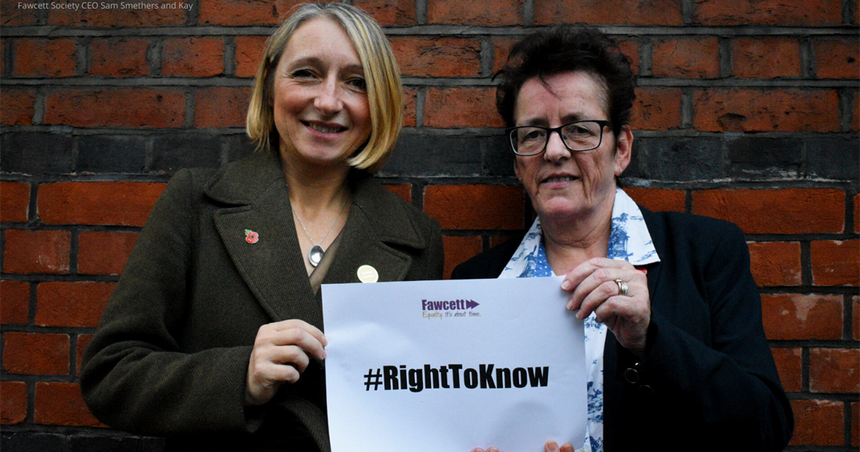 Excited to be launching our new Equal Pay Bill in Parliament today calling for women to have a #RightToKnow. Pay discrimination has been unlawful for nearly 50 yrs so why's it still happening? Time for transparency & fairness for all women. Find out more: https://t.co/kNBdsQRLOH

50 years on from the Equal Pay Act in 1970, @fawcettsociety are launching an #EqualPayBill to modernise the law on equal pay🙌. Find out how you can get behind it and sign their #petition ✍https://t.co/mnyLEvZcGt#equalpay #genderpaygap