Unless and until Brexit is actually "done" by 31st January 2020, it is perhaps yet not entirely safe to assume that all will go smoothly and that the Withdrawal Agreement will be signed in the form negotiated between the UK and the EU in October 2019.

However, in the light of the Conservative Party's emphatic victory in the UK General Election of 12 December 2019, the smart money must now be on such an eventuality actually taking place.

The public conversation is, therefore, now beginning to focus on post-Brexit negotiations towards a free trade agreement in line with the draft Political Declaration finalised between the parties in October 2019.

The EU Commission Brexit Taskforce is beginning to formalise its negotiating position and on Monday 13 January 2020 published on its "UK Taskforce " website a set of slides that it had presented for consideration to EU governments (as represented by the relevant EU Council Working Party) on the previous Friday (10 January 2020).

"The future relationship [between the UK and the EU] should be approached with high ambition with regard to its scope and depth, but it cannot amount to benefits of membership."

The slides refer to the prospect of a "balanced, ambitious and wide-ranging free trade agreement "insofar as there are sufficient guarantees for a level playing field"" and they compare and contrast the principles underlying the EU Single Market (in blue ink!) and a UK- EU Free Trade Agreement (in red ink!) , as the EU Commission "Brexit" Taskforce sees it.

The slides highlight (in red ink!) the short-form words:- "

"[There is] Qualitatively [a] big difference between trading and operating within the Internal Market ecosystem and trading with the EU as a third country".

It seems clear that with regard to particular commercial sectors (such as financial services) the EU taskforce will be focussing on preserving the integrity of the Single Market's systems by insisting that third countries ( such as the UK) which want access to the EU must demonstrate at least "equivalence" in their terms of operations.

The EU Commission "Brexit" Taskforce promises "no surprises" in their negotiating  approach and indeed the text of the slides suggests that it will adhere quite closely to the text and tone of the draft Political Declaration. This is perhaps  to be welcomed by those many businesses which want as much predictability and certainty as possible in their commercial affairs going forward. On the other hand, innovative solutions may be required to particular issues and hopefully there will be scope for such solutions as well.

It should be remembered that there are time-consuming and potentially complex procedures on the EU side (as set out , for instance, in Articles 207 and 218 of the Lisbon Treaty on the Functioning of the European Union) for getting full EU approval to any Free Trade Agreement which is negotiated with the UK and it seems likely in particular that unanimous approval of the 27 EU member states will be required rather than any lesser form of qualified majority approval.

The senior EU negotiator , Michel Barnier, is reported as warning that in view of the very tight timetable for negotiation the two sides will need to focus on small number of key issues as a matter of priority: a free-trade agreement in goods, fisheries and security co-operation.

Whether or not M. Barnier's approach is adopted, 2020 will almost certainly be a very busy year for the UK and EU negotiators! 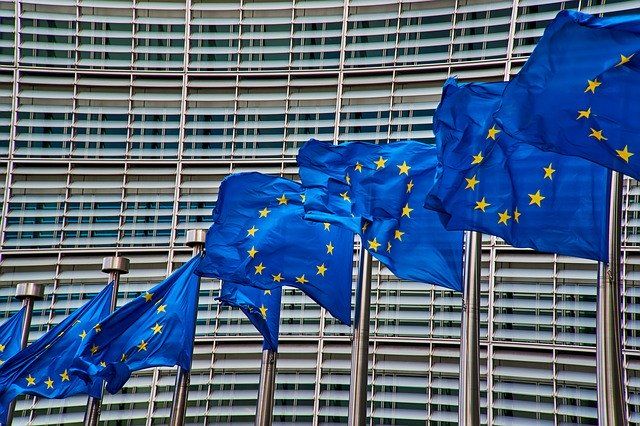