By Katherine East, a Solicitor specialising in Commercial Dispute Resolution at Irwin Mitchell

Veganuary – what is it?

Veganuary is a non-profit organisation which encourages people worldwide to try veganism for January and, it hopes, beyond. Veganuary asks people to pledge to be vegan for the whole month. Since 2014 it has spread its reach to thousands of people across 178 countries worldwide.

But beyond individual accountability, Veganuary poses a lucrative business opportunity for those willing to embrace the movement. Veganuary reports that, in 2019, more than a quarter of a million people took their pledge (with numbers expected to surpass that in January 2020) and over 500 brands, restaurants and supermarkets promoted the campaign, launching more than 200 new vegan products and menus in the UK alone.[1]

From McDonalds to Waitrose, everyone seems to be getting in on the action, but who’s cashing in and who’s lucking out?

On 8 January 2020, Greggs announced that every member of its staff would be receiving a one-off bonus due to its “exceptional year” and “record financial performance in 2019” which it attributed, in part, to “the huge popularity of [its] now-iconic vegan-friendly sausage roll”.[2]  Hoping to continue the trend, Greggs launched its ‘vegan steak bake’ on 2 January 2020, seeing hundreds of people queuing outside stores in the early hours of the morning to be amongst the first to give it a taste. Playing to the demand, Greggs brought in DJs and had prize giveaways in branch during the launch event.

Surprisingly, vegan food blog, ‘The Hectic Vegan’, hailed Nando’s as “one of the best places in most towns to eat as a vegan” due to its wide variety of vegan choices on the menu.[3] Looking to strengthen its offering in January 2020, Nando’s released its Vegan PERinaise, a vegan take on its signature (and very popular) Peri-Peri Mayo.

Burger King released a plant-based version of its Rebel WHOPPER in January 2020. However, the brand has found itself being heavily criticised as it announced that the burger is not suitable for vegetarians or vegans as it is cooked on the same broiler and using the same equipment as the original meat version.[4]

Faced with a formal petition from the animal rights organisation, PeTA,[5], Dominos introduced a vegan range in January 2020. Despite the demand, there has been little commentary on the options offered by the pizza delivery company and, similarly to Burger King, Dominos does not guarantee that its products are truly vegan as they are prepared alongside and may contain traces of meat and dairy products.

But who’s looking to the future?

According to recent data released by YouGov, whilst many of the brands which released vegan ranges in January 2020 saw immediate positive feedback to the announcements, any boosts appear to be short lived and, in fact, negative reviews of their vegan products resulted in declining scores across a number of branding index measures.[6]

If anything can be learnt from the success of Greggs’ vegan sausage roll, it’s that businesses need to stay ahead of and be prepared for consumer purchasing trends in order to really reap the benefits. So what’s next for this market?

Whilst most of the big supermarkets have launched large vegan ranges, including Tesco, Waitrose and Co-op, the most forward thinking supermarket appears to be Asda, which has attempted to tackle a number of the criticisms of a plant-based diet, including the price, convenience, and also that the substitutes are often higher calorie and offer less nutritional value. In its press release, Asda announced that its new ‘Asda Plant Based’ range offers ready-made products starting from as little as £1.50, the majority of which feature “Asda’s new health icon helping to signpost the healthiest choices in the range.”[7]

But beyond this, Asda has also sought to tackle the trade-off between convenience and sustainability, stating that, “in a first for any retailer, all trays and sleeves packaging found in the Plant Based range is 100% recyclable”.

What does this mean for your business?

Whilst this ability to plan for and react to consumer trends may seem to be something that is reserved for large corporates with big research and investment budgets, there are things small and local businesses can be thinking about to stay ahead of the trends. Looking at recent articles and blog posts, awareness is increasing around the future soil crisis as the health of our topsoil degrades due to intense farming practices. As the idea of ‘urban farming’ develops, small businesses can look to charge a premium for innovative solutions such as the reversion to ‘grow your own’ and ‘field-to-fork’ which are both gaining popularity, even in inner-city locations. This also offers an opportunity for tech and manufacturing businesses and startups as the prospect of ‘vertical farming’ looks to become a reality.[8] 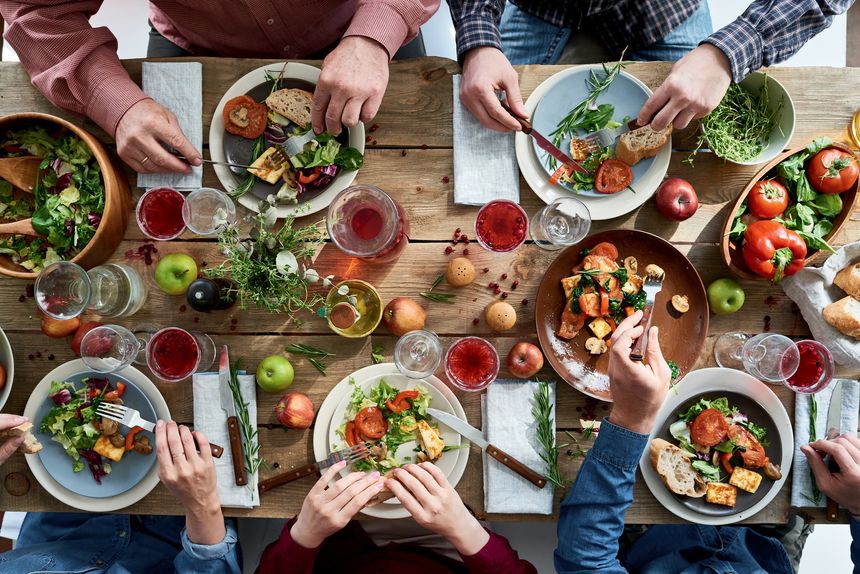