The issue of cross-boundary collaboration on strategic issues has been stumbling block for local plans ever since Eric Pickles abolished Regional Spatial Strategies, in 2010, and subsequently introduced the Duty to Cooperate .

Since we came back from the Christmas break, the Duty has claimed two new victims*, with both Wealden District Council and Sevenoaks District Council's local plans being held to have been insufficiently collegiate in their approach to local plan preparation.

This post serves as both a quick a refresher on the law underpinning the duty and a look at what lessons the Wealden and Sevenoaks Inspectors' decisions can teach us about how it is applied.**

The Duty to Cooperate is set out in s.33A of the Planning & Compulsory Purchase Act 2004. It is quite a lengthy section, but in summary it requires local planning authorities, and other bodies with planning powers, to 'cooperate' with each other in 'maximising the effectiveness' of strategic planning for  cross boundary issues.

In carrying out this duty they are expected to "to engage constructively, actively and on an ongoing basis" with each other; to "have regard to" the activities that their neighbours are carrying out; and "have regard to any guidance given by the Secretary of State about how the duty is to be complied with".

If a Council fails the Duty to Cooperate then the local plan is effectively dead in the water. As Para 31 of the NPPG*** explains

"As the duty to cooperate relates to the preparation of the plan it cannot be rectified post-submission, so if the Inspector finds that the duty has not been complied with they will recommend that the local plan is not adopted and the examination will not proceed any further"

It is probably not surprising that the introduction of this duty spawned a not-insignificant number of legal challenges.  Amongst the many cases of note:

In short, although there is a significant level of discretion (within the boundaries set by the NPPF) over how compliance with the duty is to be achieved, and the issues that engage it; once it has been engaged the level of compliance will be rigorously scrutinised by the Inspector - and Councils cannot stop talking to each other just because they appear to have reached stalemate.

So where did the Inspectorate feel that Sevenoaks and Wealden went wrong and what lessons can be drawn from those decisions?

The detailed answers to this are to be Inspectors' interim findings on those local plans. Which can be found through the links above. The reasons underpinning both decisions very considerably, and are  best appreciated by reading them both in full, but there are a number of important conclusions that we can draw:

The fact that both Wealden and Sevenoaks have been found lacking is likely to be of significant concern to other Councils in the surrounding area, who currently have local plans at examination, or are shortly to submit them. We shall have to wait and see whether the failures will remain localised or whether it will become a wider regional issue.

In the meantime, perhaps it is worth considering whether Regional Spatial Strategies had a valid role to play after all.....

*the fact that both of them are in my home patch is entirely coincidental. I promise.

** and also an apology about my having been so rubbish about posting over the last few weeks - sorry - and Happy New Year!

Elsewhere, discussing how the council approached cross-boundary issues with other authorities, Nurser said the authority did not share information "on a constructive basis" with all members of a working group on the Ashdown Forest which included representatives from Natural England and other local planning authorities. Nurser said the council "redacted evidence, and initially withheld the specific location of transects and air quality monitors". "By repeatedly refusing to release data, the council did not work constructively or in the spirit of cooperation," Nurser said. Looking at the approach the council took in respect of unmet housing needs in the Eastbourne Borough Council area, Nurser said that "evidence indicates that there was no meaningful discussion about how Eastbourne’s unmet needs could be met". 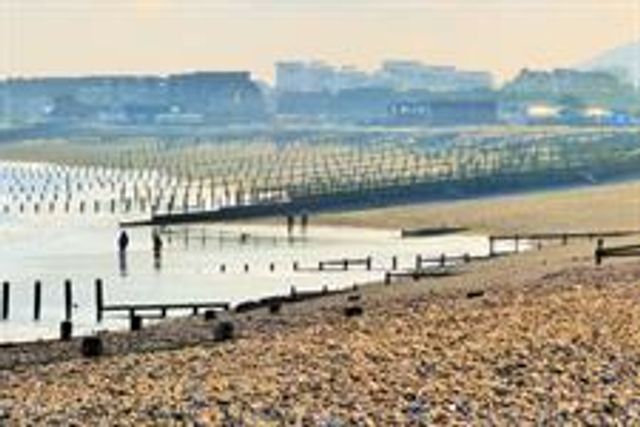