As the UK and the World beyond begin to digest the implications of the emphatic Conservative Party victory in the UK General Election of 12th December 2019, the first question on people's lips is what are the implications for the Brexit process.

Currently, the UK's membership of the EU pursuant to its withdrawal notice is due to expire at 11pm (UK time) on 31st January 2020 unless a Withdrawal Agreement can be finally approved and put in place before then, in which case the UK's EU membership may expire at that earlier time.

The new Conservative Government will doubtless seek to re-introduce into the UK Parliament as soon as possible its  Withdrawal Bill to implement the latest version of the Withdrawal Agreement negotiated between the UK and the EU in October 2019.

Assuming that the Withdrawal Agreement can be put in place by 31st January 2020, there will then be an implementation period lasting until 31st December 2020 when nothing much may change on the ground but time will be given hopefully for the UK  to negotiate a new "free trade" deal with the EU and to put in place any systems necessary to accommodate either a "free trade " deal or "no deal".

The timetable is ambitious but what is very clear is that the UK electorate wished to slay the dragon of  indecision that the interminable wranglings over Brexit have produced since the Brexit Referendum of 23rd June 2016.

On the day after the night before of the General Election, many people seem relieved that this period of indecision is now at an end but there are those who believe that the timetable outlined above for reaching a "free trade" deal is just too tight to achieve its purpose.

Michel Barnier, the EU's chief Brexit negotiator, is quoted in "The Times" of 12th December 2019 as saying that Mr Johnson's timetable  for completing the "free trade" deal negotiations by 31st December 2020 is "very unrealistic for such wide-ranging negotiations" and Lord Heseltine, a fierce opponent of Brexit , has written a letter which was published in "The Times" on 12th December 2019 , saying (amongst other things) that:-

"A Johnson Brexit majority merely opens the door to protracted uncertainty as we try to secure the details of our future relationship with Europe while facing the possibility of no deal in the end".

Unsurprisingly, Mr Johnson's team will have none of this and point to his earlier Government's success in negotiating a revised Withdrawal Agreement within his first three months in office.

The success in the UK General Election  of the independence-leaning but anti-Brexit Scottish National Party in Scotland will no doubt constitute an additional pressure on the new Conservative Government as it seeks to navigate Brexit issues but these are not new pressures and the new Conservative Government will claim that it simply has to deal with them and will do so.

People might now think that  there is now no need for any further Brexit blogs as Brexit can now be "done" easily with the backing of Mr Johnson's new parliamentary majority. It is likely, however, that Brexit is a story that will run and run , at least for a while yet.

Boris Johnson has promised to deliver Brexit and repay the trust of voters after he led the Conservatives to an "historic" general election win. The prime minister - who has met the Queen to ask to form a new government - has a House of Commons majority of 78, with one seat still to declare. He said he would work "flat out" and lead a "people's government". Jeremy Corbyn said he would not fight another election as Labour leader, amid recriminations over the party's defeat. He said he was "very sad" about the result, adding that he had received "more personal abuse" from the media during the campaign than any previous prime ministerial candidate. Labour was swept aside by the Conservatives in its traditional heartlands in the Midlands and north-eastern England, and lost six seats in Wales. 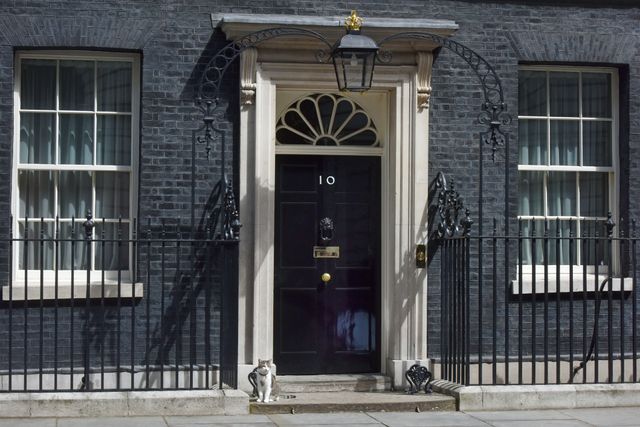