There is only a day to go until the election and the one thing that all commentators can agree on is that there are a lot of undecided voters*.

Much of the election coverage has not been particularly illuminating, but Monday's Question Time Election Special caught my attention.

The debate highlighted a number of key domestic policy areas which are likely to be important to Thursday's result; most notably, housing and climate change.  The housing issue was thrown into particularly stark relief when it became apparent that every single politician on the Question  Time panel had managed to buy their first property by the time they were 30. Home ownership is something which felt increasingly out of reach for many in the audience (who were all under 30); perhaps unsurprisingly given that  the current average age of a first time buyer in the UK is 33** and that figure seems to be rising.

All three major parties appeared to agree that there is a housing crisis in the UK. They do not, however, agree on the type of housing crisis we are facing, let alone the solution.

For the Conservatives, the crisis seems to be a crisis of home ownership. The bulk of their housing and planning policies appear to be aimed at increasing the number of homes for sale; albeit with some reforms of the rental market thrown in for good measure.

On a very headline basis, their manifesto promises to:

For Labour, the housing crisis is a crisis of affordability, the solutions to which lie (perhaps unsurprisingly) in the public sector. The Labour Manifesto pledges:

For the Liberal Democrats, the housing crisis is a crisis of political leadership; with the blame placed firmly at the door of previous administrations. The Lib Dem Manifesto promises to:

As to how all this will go down with voters, I guess we don't have long to wait to find out!

**According to the research quoted in this BBC report

*** Fairwell MoHoLoGO, you will be missed... although DoH is almost as good an acronym

But the gap between the current generation of political leaders and the under 30s was most vividly illustrated by the question about home ownership and underlined the challenge facing whoever is in power on Friday morning. On the subject of housing, the panel were asked what age they were when they bought their own home. Mr Farage was the youngest, buying a property at 22, and Mr Price was the oldest at 30. Mr Farage linked housing problems to population growth ... Mr Jenrick said it was his "personal mission to help more young people on to the housing ladder" adding that his party would "offer discounts and help with deposits". While Ms Rayner said she would "make no apologies" for Labour wanting to build 100,000 council homes or introduce rent controls. 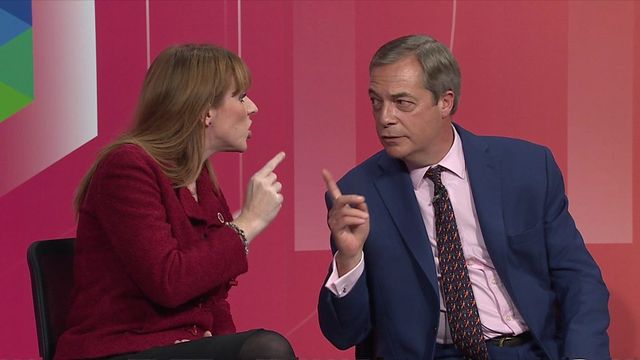