There is growing speculation as to what impact Brexit might have on the future integrity of the United Kingdom - particularly a "no deal" Brexit or even a Brexit with a Withdrawal Agreement but no follow up " free trade" deal.

In their December 2019 / January 2020 edition of "The World Today" magazine, the respected UK-based Think Tank, Chatham House, has published a series of four articles, under the banner "Disunited Kingdom", looking at possible fissiparous pressures on Scotland, Northern Ireland and Wales to split off from the United Kingdom, although none of the articles seems to suggest that a split-off is imminent upon Brexit taking place nor that such split-off is indeed inevitable at any point. Interestingly, there is no separate article focussing upon England's position, perhaps because a separate English identity (apart from that reflected in the passions of the sports field) is developing in a different way.

Two of the articles concern  Scotland - one by John Lloyd, co-founder of the Reuters Institute for the Study of Journalism, and the other, in the form of Questions & Answers, by Angela Haggerty, a commentator on Scottish affairs - and these articles look at the different models for a further referendum vote in Scotland on Scottish independence, should the pressures continue for such a referendum to take place. Questions, such as whether expatriate Scots should be entitled to  vote or whether a certain qualifying positive voting  threshold (such as 60% of those voting or perhaps 60% of those voting and/or entitled to vote) should be required for independence, are debated. The economic implications (including currency issues) for Scotland and the rest of the UK are mentioned. The issues are complex but are clearly being discussed.

"Constitutionally interpreted, castration anxiety means unionist fears of exclusion from post-Brexit UK and nationalist fears of exclusion from the European vocation of the Irish state. In sum, it is the anxiety of being detached from affinities of national belonging. The potential of a "hard border" [for nationalists] or indefinite "special status" [for unionists] emerge[d] as the worst-case "castration anxieties" for either side...."

He goes on to speculate that , particularly with the latest version of the Northern Ireland Protocol to the proposed revised Withdrawal Agreement, creating somewhat different legal regimes for Northern Ireland and Great Britain, Unionists continue to be troubled by fears of exclusion from the rest of the UK whereas Nationalists perhaps see evidence of an inevitable move towards eventual Irish unity and a unitary state on the island of Ireland.

Therefore, in contrast to Scotland, where there is a strong independence movement promoting an independent Scotland as a member state of the EU, the position in Northern Ireland is seen as an inevitable move towards increased separation of Northern Ireland from Great Britain as a result of Brexit-related pressures.

The article on Wales , by Roger Awan - Scully, Professor of Political Science at Cardiff University, is entitled "Wales is thinking the unthinkable". The thrust of the article is that , whilst the independence debate in Wales lacks the momentum of moves to independence in Scotland and  whilst Wales ,like England, voted to leave the EU in the 2016 EU referendum ( in contrast to Scotland and Northern Ireland which on the basis of the popular mandate voted to remain), the general course of the Brexit debate has  had an unsettling effect in Wales with more people there talking about independence or at least saying that they are "indy curious".

"The tectonic shifts generated by Brexit have caused a questioning of the Union with England even in that part of the UK which has been integrated with England the most deeply, and over the longest period of time."

Of course, there is a completely alternative narrative that some might see coming out of the Brexit saga - namely, that " what does not kill you, makes you stronger "- and that a UK alone following Brexit will be a UK emboldened to do better together. The Churchillian spirit is sometimes invoked in that regard. Historically, the UK has often thrived in conditions of adversity. It remains to be seen whether Brexit could  produce a new " can do" approach within its populace as a united country. 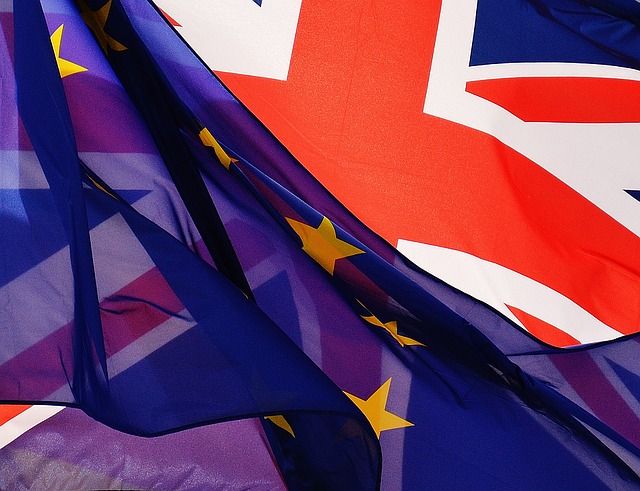