Under the banner title: " France's hard cheese could spread to UK",  The Times of 4th December 2019 reports on the US's threat to levy increased import tariffs of up to 100% on $2.4 billion's worth of traditional French goods such as wine and cheese, handbags and cosmetics, in response to France's proposal for a 3% digital sales tax on revenues derived from French users by big social media platforms, search engines and online market places.

The French digital sales tax is likely to affect US companies such as Google, Amazon, Apple and Facebook more than any other companies, because of their huge online stake in the digital services market., and is in line with similar proposals from other countries such as Italy, Turkey, Austria and Belgium. The UK has recently announced a proposal for a 2% digital sales tax along similar lines.

The trade lobby group, British American Business, has warned that the imposition by the UK of such a tax could risk derailing any post-Brexit trade talks between the UK and the US for a free trade deal.

The threat by various countries to impose these digital sales taxes comes about , according to The Times, at least in part because of the inability so far of the Organisation for Economic Co-operation and Development (OECD) to reach a consensus amongst  its 36 Western-leaning capitalist market members as to the allocation of tax burden between the different countries involved in digital sales transactions,

The Times article quotes the example of someone based in the UK who buys a book on an Amazon website hosted in the US  and makes payment for the book to an account in Luxembourg. Where should the transaction be taxed? It is this very fundamental issue which apparently neither the OECD nor any other multinational organisation has managed to resolve satisfactorily - hence the spectre of individual countries taking the law into their own hands through the threat of these digital sales taxes. Both France and the UK have apparently made it clear that they will not proceed with their digital sales taxes if agreement on a fair re-basing of profits for tax purposes is reached at international level so as to prevent multinational digital sales companies channelling profits through certain well-known low- tax jurisdictions ( such as Ireland or Luxembourg). The OECD is reported to be working hard on such a solution but so far it has not been achieved.

The impact of Brexit on all these tax-related trade disputes is somewhat unclear, given that countries within the EU itself do not necessarily have an identity of interest in reaching a particular outcome but a common view is that the UK , as a less powerful economic power than the EU, would be less able to defend its economic interests than if it had the protection of the EU behind it. The alternative view is that the EU is essentially a protectionist trade bloc whose very existence is a "red rag" to other major economic blocs, which gives rise to trade and tax tensions that might otherwise have been resolved more peacefully in the more genteel surroundings of the OECD in Paris or by  some other non-confrontational mechanism.

"Brexit" may yet prove to be a much smaller issue than these rumbling international trade wars. 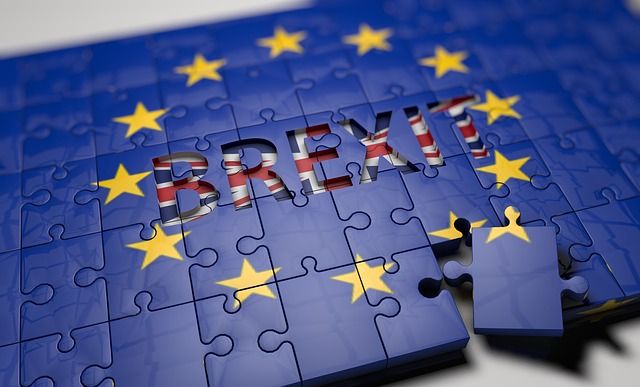