The food and drink sector is always busy in the run up to Christmas. Some organisations recruit temporary staff, whilst others rely on their existing staff to work additional shifts or longer hours to meet demand. Whatever approach you take, it is important not to lose sight of the legal obligations you owe your staff.

Under the Working Time Regulations 1998, workers cannot work for more than 48 hours per week (averaged over a 17 week period) unless they have signed an opt out. Generally, they also have to have at least 11 hours of rest each day and one day off per week. Workers should also be able to take a 20 minute unpaid rest break after working six hours and young workers (those aged 18 or under) must take a half hour's break after working four and a half hours.

If you prevent your staff from taking proper breaks and penalise them for asserting their rights – such as asking for a day off or to have a rest break – they can bring employment claims against you. They may also be able to claim automatic unfair dismissal even if they have only worked for a few days or weeks as the usual rules, which require two years’ service, do not apply in these types of cases.

A recent case provides a helpful reminder of why you should make sure your staff know when they can take a break and are encouraged to do so.

In Pazur v Lexington Catering Services Ltd, Mr Pazur was employed as a kitchen porter and had to work in various kitchens. On one occasion, he was asked to work an eight-hour shift from 2pm to 10.30pm but was not allowed to take a rest break. He complained to his manager who was unsympathetic and tried to persuade him to remain at work for a bit longer.

A week or so later, he was asked to work another shift at the same kitchen. He refused to go because of what had happened before and tempers quickly escalated. His employer threatened to dismiss him and Mr Pazur said he would rather have no job than return to that kitchen. He was promptly sacked.

He claimed that being threatened with dismissal was an unlawful detriment (a type of victimisation claim) and that his dismissal was automatically unfair because it was linked to his request to take a proper break. He also argued that he was entitled to receive notice pay, as his actions did not amount to gross misconduct.

Mr Pazur succeeded with his claim for notice pay, but the tribunal rejected his other complaints, and he appealed to the Employment Appeals Tribunal (EAT).

The tribunal had found that Mr Pazur had refused to work in the kitchen because his relationship with the chef had broken down; partly because of the dispute about rest breaks but also because he had complained about the poor working conditions in that kitchen. That finding meant that he had to succeed with his detriment claim because he had told his employer about being prevented from taking rest breaks, made it clear that he would not work in an environment where his rights were denied and this had 'materially influenced' the employer's decision to threaten him with dismissal.

However, the legal test is different where the claim is automatic unfairly dismissal.  Mr Pazur had to show that the reason, or main reason, for his dismissal was because he asserted a statutory right to take a rest break. The EAT said that that this point would have to go back to the same tribunal to determine as it was not clear from the evidence whether other factors were also at play; such as an earlier refusal by Mr Pazur to attend a different site for reasons that were not connected to rest breaks.

You must give staff the opportunity to take a rest break, but you do not have to insist they take one. A rest break should be away from the worker's workstation and, in most cases, it has to be uninterrupted. You cannot retrospectively assign parts of the day when the worker was not busy as a rest break.

Workers who bring successful detriment claims are entitled to compensation. This is based on their actual losses. They can also receive compensation for their hurt feelings, which can amount to several thousand pounds.

Awards for automatic unfair dismissal claims are made up of two elements; a basic award that is calculated in the same way as statutory redundancy payments and compensation, which is capped at the lower of 12 months gross salary or £86,444. However, only employees can complain about unfair dismissal. Most casual staff are engaged as workers and they are not protected against unfair dismissal. Although, determining the employment status of your staff is not always straightforward and courts can over-rule agreements that do not reflect the reality of the relationship.

If in doubt, it is best to take legal advice. We advise businesses about working time and can help make sure you stay on the right side of line.

If you are interested in finding out about how we can support your business with our fixed-fee annual retainer, or flexible discounted bank of hours service, please contact Gareth Finney: @irwinmitchell.com or 0778 317 0084. 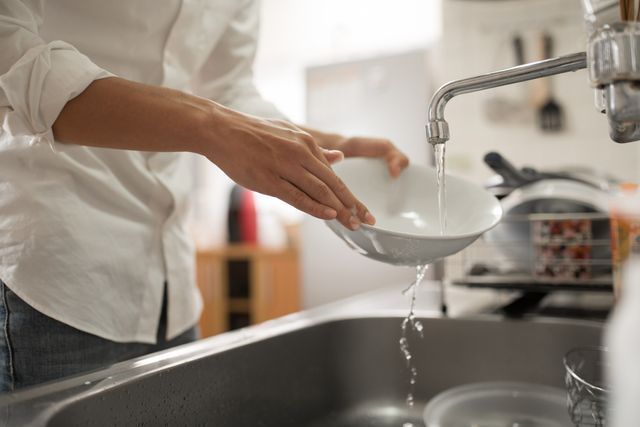 No vaccine, no job? Can employers insist their staff take the Covid-19 vaccine?
Joanne Moseley

Should you furlough staff who are having to home school their children?
Joanne Moseley

Has the Regulator refused to authorise mass daily Covid testing in schools and colleges?
Joanne Moseley

Out with the old and in with the new: the future of CBILS
Liam Salt
repost  cancel