Elliot Cuozzo, a real estate trainee, considers a recent case on the witnessing of deeds.

When a deed is executed by an individual, Section 1 (3) of the Law of Property (Miscellaneous Provisions) Act 1989 (“LP(MP)A 1989”) provides it is only valid if it is signed by the individual executing it in the presence of a witness who attests the signature. However, does the person executing the deed need to be in the presence of the witness when the witness signs the deed? The LP(MP)A 1989 is silent on this point.

Amongst other issues, this key question came to a head in the recent High Court case of Wood v Commercial First Business Ltd (In Liquidation) [2019] EWHC 2205,

In this case, a borrower who was a farmer challenged on a variety of grounds whether two commercial mortgages granted to her were valid and enforceable. This was after she fell into arrears with her mortgage payments and possession proceedings were then commenced against her. One of the grounds made by the borrower was that the attesting witness did not sign the deed in her presence.

But what about companies?

The relevant provisions for companies also require that when a director executes a deed on behalf of the company, they must do it in the presence of an attesting witness. Again, there is no provision regarding whether the witness needs to sign in the presence of the director.

Given the similarities in these provisions, it appears likely that a court would reach a similar conclusion and deem it not necessary for the witness to sign in the presence of the director executing the deed. 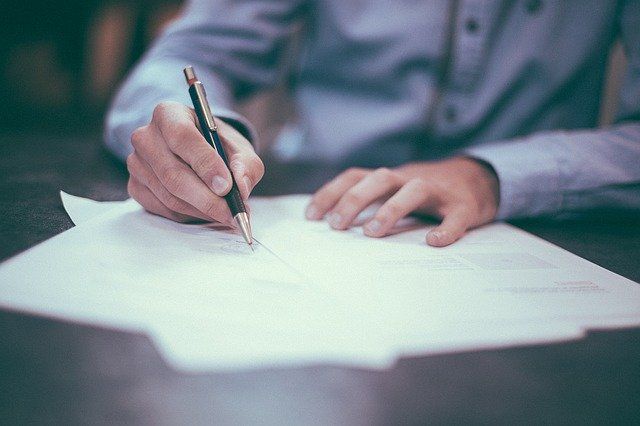