There has been speculation as to how Brexit (particularly of the "no deal" variety) might affect Football's English Premier League, reportedly the richest league in the world with revenues reaching £4.5 billion for 2016/17.

There is concern within the Premier League that Brexit could affect the ability of its constituent clubs to attract the best talent from EU countries - with the loss of freedom of movement between the EU and the UK and the possible introduction of an Australian-style points-based immigration system from January 2021. Jurgen Klopp, Manager of Liverpool is reported to have said that Brexit "makes no sense"!

The FA has argued for the maximum number of "non-homegrown "players in each Premier League's team's 25-player squad to be cut from 17 to 12. Accordingly, on this basis,  Brexit-related pressure to reduce access for EU players to the Premier League can only help the FA's cause.

...But on the other hand, is it right to curtail the Premier League's success in this way?An Article in "The Telegraph" of 28th October 2019 talked of a gulf opening up (regardless of Brexit, deal or no deal) between the top six most financially viable Premier League clubs - Liverpool, Manchester City, Chelsea, Tottenham, Arsenal and Manchester United - and the other clubs in the Premier League.

There is talk of a European Super League being set up, which might attract away from the English Premier League some or all of the above - mentioned top six clubs. It is argued that this could be their response to the perceived loss of income and prestige arising from Brexit .

As far as the other English Premier League Clubs are concerned, the fear is that the inability to attract EU players so easily following Brexit could prejudice the success of such clubs on the football field . "Telegraph Sport" , for instance, is quoted as reporting that "Leicester City's miracle Premier League title will be virtually impossible under a new blanket points system ... which will treat EU players the same as anywhere else in the world. Had this previously been the case, Leicester would not have been able to sign Riyad Mahrez or N'Golo Kante, who were both instrumental in their title triumph".

According to one Harvard University data scientist, Laurie Shaw, 591 of the 1022 European players signed by Premier League clubs - many of the clubs outside the "top six" -  from 1992 to 2018 would not have been eligible to be signed had they been treated as non-EU players.

In his Article for "The Guardian" on 14th February 2019 - not long before the original Brexit deadline of 29th March 2019  (currently pushed back to 31st January 2020) - journalist Daniel Levitt argued that "time is running out for the FA to find a balanced deal that not only promotes the prospects of English players, but also one that protects the immense wealth of its prized asset, the Premier League".

That  opinion has as much resonance now as it did then! 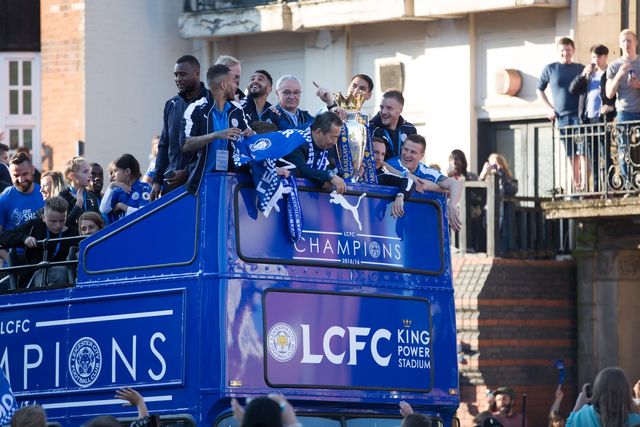