Election Season is now firmly underway, with Manifesto releases from Labour, the Lib Dems and the Green Party this week.... and some fairly major pre-manifesto leaking from the Conservative Party.

This blog discusses how the parties compare on three main policy areas:

The Conservatives have not actually released their manifesto as yet. Given previous policy announcements**,  however, when they do get around to it, I would expect to see strong policy support for maintaining and protecting the Green Belt and an emphasis on developing Brownfield land where ever possible.

Given the on-going drive to increase housing delivery, I would be surprised if there were any moves to significantly strengthen Green Belt protections in the Tory Manifesto, but I have been proved wrong about this before.....

Labour has also taken a fairly predictable approach to  the Green Belt in their manifesto.

Noting that "Green Belts protect one tenth of our land and offer conservation of some of our natural environment. Introduced by Labour in 1947 to provide access to the countryside, they are threatened by developments".

They then go on to promise:

"We will make brownfield sites the priority for development and protect the green belt".

This reads very much like a Status Quo position. So this is perhaps the one area of land and housing policy which wouldn't see a significant shift from Labour.

The Lib Dem manifesto does not actually refer to the Green Belt at all. They do however state that one of their first priorities in government would be:

and then go on to promise to:

"Significantly increase the amount of accessible green space, including protecting up to a million acres, completing the coastal path, exploring a ‘right to roam’ for waterways and creating a new designation of National Nature Parks."

"Give the Local Green Space designation the force of law."

So it is probably fair to read between the lines and say that they are unlikely to be hugely in favour of large-scale Green Belt releases for development.....

Perhaps unsurprisingly, given their choice of party name, the Greens are completely and unabashedly pro Green Belt. In fact their manifesto promises to:

"Strengthen Green Belt, Areas of Outstanding Natural Beauty and Sites of Special Scientific Interest protections, with development in these areas only being permitted in exceptional circumstances." and

This is perhaps a novel way of relieving the workload of local authority planning departments - if we designate enough of the country as Green Belt or AONB, then it should significantly reduce the number of planning applications that they have to actually consider granting.....

Have yet to pin their colours to the mast, but if we are to go by the recent Tory Party Conference, PD Rights would be here to stay under the Conservatives. Although probably with some tweaks around the edges over design rights, space standards and the prior approval process.

The fact is that they are simply delivering too many new homes for the Conservatives to lose them completely - nearly 30,000 delivered by the new PD rights over the last year.

A move which would be hugely popular with Councils who are upset by the loss of control inherent in the PD regime; but which will also significantly reduce a development format which has actually been hugely successful in delivering new housing stock.

Arguably, most of the offices best suited for conversion have now been converted. As such, there is an argument over diminishing returns, but nonetheless given the amount of housing that PD Schemes have actually delivered, abandoning them completely does feel a little excessive.

The Liberal Democrats are also anti-permitted development, although they see it as a threat to the High Street as opposed to a threat to quality housing. Their manifesto promises to:

"Help protect our high streets and town centres by scrapping the rule which allows developers to convert offices and shops into residential properties without planning permission".

Quite how this is going to work, is far from clear. Changing shopping habits and consumer behaviour means that our high streets currently have far too much retail capacity (as opposed to too little); and many High Street recovery plans are dependent on encouraging more people to live in town centres. Removing permitted development rights, against this background, seems counter productive.

Do not mention PD rights at all. Although they do say that they will:

"Change the planning system to incentivise renovation, extension and improvement of existing buildings, rather than relying on new build, to reduce the use of steel, concrete, cladding and finishes, which produce massive amounts of carbon in their manufacture. Similarly we will incentivise the use of sustainable materials."

Are still waiting on a Manifesto, however previous policy announcements indicate that we may be looking at a continuation of the ideas that are already being discussed - i.e. the housing delivery test, bedding in existing tweaks to the planning system, scaling back pre-commencement conditions and shortening the life span of planning consents. The last of these is rarely a good idea, but is very often talked about.

Labour addresses the issue of stalled sites by threatening to somehow take them away from private sector developers stating that:

"Developers will face new ‘use it or lose it’ taxes on stalled housing developments."

It is not clear how this is proposed to function. 'Use it or Lose it' suggests the revocation of the underlying consent. 'Taxes' on the otherhand suggests a financial penalty.

Either way, this does not bode well for developers if there is another slow down in the Housing market....

Have no specific policies on speeding up the rate of housing delivery in their manifesto that I could find. They are, however, promising more money for local councils, which might help!

Also have no specific policies on speeding up the rate of housing delivery. Although given they want to:

The limited number of new schemes that they do let through are actually likely to get on site fairly quickly....

* In the interests of 'balance' we have split the commentary across the planning team - so you will get views from across the country and across a range of political viewpoints.  This means that we may not always agree with each other.... so hold on to your hats!

** and the occasional unhelpful intervention from Esther McVey

New polling from Ipsos Mori gives the Conservatives a comfortable 16-point lead over Labour. The research for the Evening Standard has the Conservatives on 44%, Labour on 28%, the Liberal Democrats on 16%, the Brexit party on 3% and the Greens on 3%. Asked what issues were driving their decisions, 63% of voters mentioned Brexit, 41% the NHS and 21% education. Taxation and protecting the environment were each brought up by 11% of those surveyed, while the economy was cited by 9%. 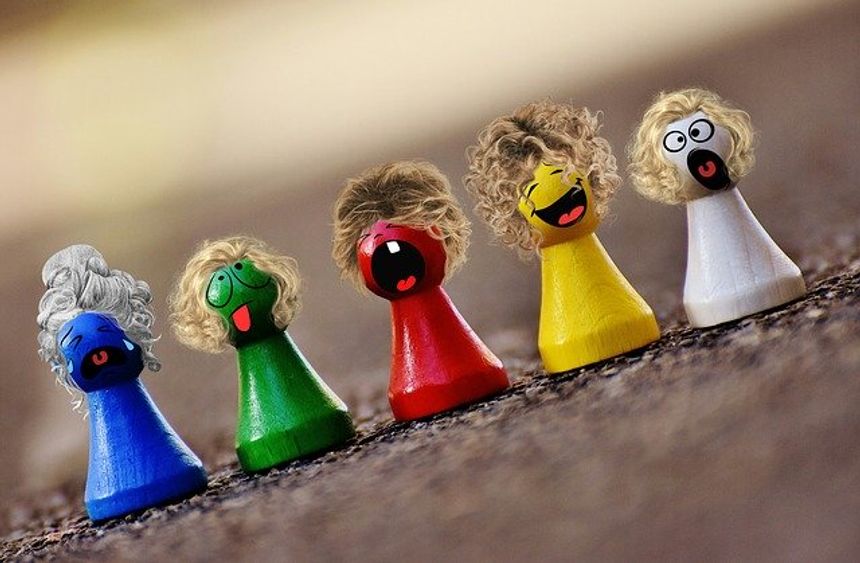