In an article which first appeared in Estates Gazette, James Pavey and Sam Knight address the steps to take when your development site does not abut the highway.

When investigating title in anticipation of acquiring land, one of the first matters to check is whether the land abuts the public highway and, if not, whether there is an adequate right of way across any land owned by a third party to the highway. Without such access, the land will be sterilised.

But what about the situation where, on the ground the land appears to abut the highway, but there is an unregistered “gap” between the edge of the boundary line on the title plan (registered land) and the edge of the highway as shown on a highways search (based on the highway authority’s “list of streets” maintainable at the public expense)?

In practice, this is a situation we encounter with frequency and one which is often a product of the Land Registry’s “general boundaries” rule. As Practice Guide 40 says, the Registry completes first registrations of title “without making detailed enquiries as to the precise location of the legal boundaries”. Title plans will reflect: “[W]hat we conclude to be a reasonable interpretation of the land in the pre-registration deeds in relation to the detail on Ordnance Survey mapping, taking into account any areas of land that the pre-registration deeds show to have been sold off and any existing adjoining registrations.”

“Case law makes clear that there is no limit to the quantity of land that can fall within the scope of the general boundaries rule: see, for example, Drake v Fripp [2011] EWCA Civ 1279.”

The Registry would grind quickly to a halt if it tried to register titles with the level of accuracy typical in boundary agreements or as required for a determined boundary application. The Registry’s over-reliance on the principle it draws from Drake does, however, risk sterilising land and causing significant losses.

The starting point is usually to consider whether title indemnity insurance is available. Title due diligence, anticipating an option or conditional contract, will normally precede any planning application, which is the insurers’ preferred way of flushing out any third party claims. Our experience, however, is that insurers are reluctant to insure a title for its full development value in such circumstances without a very substantial premium.

What other ways are there in which a landowner can address this issue and what are the available arguments?

The Registry has the power, on application, to alter the register to correct a mistake (Schedule 4 paragraph 5(a) of the Land Registration Act 2002 (the 2002 Act), including correcting a title plan.

Sometimes the substance of such an application is straightforward: for example, where the relevant conveyance plan in the pre-registration title deeds shows the relevant boundary abutting the public highway, especially if the land conveyed was “more particularly delineated on the plan”. Where the circumstances allow, such an application can be made on the basis of the ad medium filum presumptions (see below), though our experience is that the Registry is nervous about relying on them.

Sometimes it is possible to persuade an assistant registrar to exercise their discretion to grant an application, informally made (for example, by letter with enclosures) and with more marginal merits. More often, the Registry will fall back on the general boundaries rule and, in particular, the proposition that there is no limit to the amount of land that can fall within the scope of that rule.

How do you change the Registry’s mind? Schedule 8 paragraph 1(1)(b) of the 2002 Act provides that: “A person is entitled to be indemnified by the registrar if he suffers loss by reason of… (b) a mistake whose correction would involve rectification of the register.”

It may be a moot point whether there is a mistake or merely the application of the general boundaries rule, but it is usually worth emphasising to the Registry that, if it does not grant the application for rectification, it risks leaving itself open to a claim for such an indemnity. In circumstances where a substantial development is envisaged, the quantum of such a claim might be very large.

The other method which we have used is a claim against persons unknown, being the freehold owners of the unregistered strip of land, for a declaration that it is owned by the frontager and for an order under section 65 and Schedule 4 paragraph 2(1) of the 2002 Act directing the Registry to rectify the register by registering such ownership. As above, the basis for the declaration might be the underlying conveyance or the ad medium filum rules.

Such a claim will require an application for alternative service under rule 6.15 of the Civil Procedure Rules (CPR), usually permitting service by posting notices on site. That is essentially to flush out any third party owner, which is usually a small risk in these circumstances.

The aim of the proceedings is an “open goal” for the claimant and, assuming that no one does defend them, an application will need to be made for default judgment (CPR rule 12.4(2)(a)) with alternative service of the application notice and supporting evidence.

These are strong presumptions of law –although, as such, they are rebuttable by evidence to the contrary. They too may be used to “close the gap” between the registered title and the public highway.

Recently, we used these presumptions to argue that a 0.75km stretch of unregistered road, not publicly maintainable, belonged to an estate which had in the 19th century owned the land on both sides, but which now owns most of the land on just one side. Both presumptions operated, so that the highway in front of the current frontage land remained in the estate.

Where there had been sales of frontage land over the last 120 years, there was evidence to rebut the second presumption:

The Registry declined to register title on the basis of these arguments – until it was ordered to do so by a court in proceedings against persons unknown for declaratory relief.

A further legal presumption, again rebuttable, is that a highway extends to the whole width of the space between fences/hedges on either side of it and is not limited to the metalled part of the roadway.

This is more difficult to harness in practice. As it is about the extent of the highway, it is not a basis for rectification of title, so it cannot be the subject of an application to the Registry, nor the basis for a court to order it to rectify the frontager’s title. Further, any proceedings for declaratory relief would probably have to be brought against the highway authority, which may defend them.

An application to the Registry or proceedings for a declaration as to 12 or more years’ possession of the strip of land by the frontager may enable a frontager to obtain possessory title to the strip. The Court of Appeal in Thorpe v Frank [2019] EWCA Civ 150; [2019] PLSCS 35 was at pains to emphasise that enclosure is not a prerequisite for acquiring possessory title. 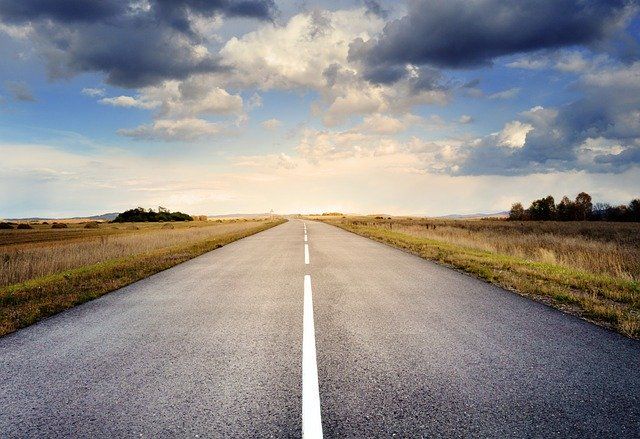