In a recent decision it has been successfully argued that a solicitor’s automatically generated email footer signature was sufficient to render a document signed for the purposes of s.2 of the Law of Property (Miscellaneous Provisions) Act 1989 and thus gave rise to a binding contract for the disposition of an interest in land. Naturally this causes huge concerns for legal practitioners who automatically use electronic signatures as the norm and paves the way for a revision of risk policies for law firms to ensure that they don’t unintentionally bind clients.

The claimants and defendant both own property on the eastern side of Lake Windermere. The parties were originally parties to a right of way dispute regarding access to a small piece of land with an adjacent jetty (“the Landing Plot”), which is only accessible by crossing the Claimant’. The right of way appeared on one parties title however the right is not referred to on the others title. The parties subsequently entered proceedings. Throughout the dispute and leading up until the Tribunal, the Claimants sought to buy out a plot of land from the defendant in order to settle the proceedings.

The two parties were disputing whether the inclusion of a name in the signature of an email footer counts as a signature in legal terms. Specifically the parties were arguing about s.(2)(1) Law of Property (Miscellaneous Provisions) Act 1989 (“LP(MP)A 1989”) which says that any contract for the sale of land can only be concluded in writing. Previous case law on this legal point says that the writing must include both parties signatures.

The Claimants’ case argued that the agreement was set out in a pair of emails between the parties’ respective solicitors. Each email concluded with a similar sign off, e.g. many thanks/kind regards, the name of the solicitor, their role, firm name, and contact details. The Claimants argued that the typed name of the sender at the foot of an email, whether manually entered or generated by email software, renders the document “signed” within the meaning of Section 2(1) LP(MP)A 1989 so long as the inclusion of the name was for the purpose of giving authenticity to the document.

The Defendant’s case was that the Agreement, though otherwise valid, fell foul of the formality requirements in s.2 LP(MP)A 1989, pointing out that it was a contract for the sale of an interest in land and therefore the agreement must be ‘signed by or on behalf of each party to the contract’.

In hearing both parties’ arguments the court (surprisingly) held that an automatically-generated signature in an email footer can constitute a ‘signed’ contract for the purposes of LP(MP)A 1989. It was therefore decided that the Defendant’s solicitor signed the relevant email on behalf of the Defendant, and that given the common ground between the parties on other issues, the Claimants are therefore entitled to the order for specific performance.

Implications of the case

As technology is developing at a rapid rate, the interpretation of the law when it comes to technology can result in some unexpected outcomes. At any given minute a vast amount of emails are sent and received, most of which include an automatic signature sign off. The outcome of this case could mean that those emails are deemed to be ‘signed’ for the purposes of the LP(MP)A 1989.

Those individuals who have an default email signature will need to be aware of the possible consequences of including this in open correspondence, and consider if they intend to authenticate the contents of the email. Establishing an authenticating intent is objective and therefore it will prove difficult to establish whether the sender intended this to be the case. It will also be difficult for a recipient to construe how an email has been set up, for example is the signature box automatically generated or has it been typed manually by the sender, and therefore it is unlikely that someone can easily distinguish between manual and digital outputs. Regardless of this, it is important for legal professionals to consider the risks of corresponding over email when agreeing matters. 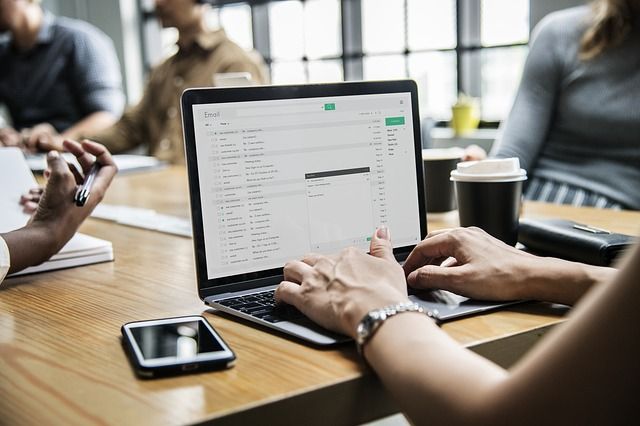