Early this week, I found myself on the phone to a Local Planning Authority Lawyer making an analogy between an aspect of a legal agreement and Schrödinger's famous Cat.*

That conversation got me thinking. In particularly about the many, many, occasions where aspects of our planning system exist in a state of uncertainty until some later 'trigger' event steps in bring clarity.

For the rest of this piece to make sense, I should probably add a brief explanation (for the normal people amongst you) of the Schrödinger thought experiment:**

In short: Schrödinger asks us to imagine a cat locked in a steel box with a tiny and highly unstable piece of radioactive material. The material could at any moment release radiation and poison the cat, but there is absolutely no guarantee that it will do so. For as long as the box remains shut, the cat remains in a state of flux - it is simultaneously both alive and dead. From the outside world, there is no way of knowing which state the cat is in until the box is opened. Certainty is only brought about by observation.

There are a great many examples of our planning system operating in the same way - with developers or applications being held in a state of uncertainty until some later event serves to 'open the box' and let them out.

Just today, Property Week has published some research carried out by my firm on the sheer number of local authorities who are failing to plan for specialist housing for the elderly in their local plans*!. This failure means that developers in the sector are left in doubt over whether there development proposals will be accepted until they are quite a way down the line with their own applications - not to mention the age old debate over whether they are a C2 Use or not!

This failure to assess or plan for needs can also be seen in the treatment of the demand for Self-Build Housing. Recent research carried out by My Plot*^ showed that there is a real lack of information in some councils about how many people want to build there own home and how many of these plots are being delivered. Which again has a knock on effect on people's ability to assess how their own planning applications are likely to be received.

On a far more practical basis, the CIL Regulations are full of situations in which the uncertainty principle reigns supreme. A few examples off the top my head:

The Planning System more widely is also full of these types of dualities and uncertainties.

Permitted Development is development that, in theory, you don't need consent for provided that you can bring it within the scope of the GDPO - However the GDPO itself has become so complex that many developers find themselves applying for certificates of lawfulness to verify that the development they propose is actually permitted in the first place.

Pre-commencement conditions and obligations are required to be complied with before you commence development (hence the name); but if you never actually start on site then there is no way for them to be enforced against you - as until that point there is no breach.

Whilst breaching planning conditions is never a good thing to do, it only actually becomes unlawful at the point that the planning authority a) notices and b) does something about it.

A large number of these uncertainties are inherent in the system, they are essentially baked in. There is no way of getting around them without removing all discretion from decision makers, which would most definitely be a bad thing. That said,  existing in a constant state of uncertainty is never comfortable, so  adding certainty where possible would be helpful - particularly when dealing with planning policies.

I mean, it may well be uncertain until you open the box as to whether Schrödinger's Cat is alive or dead.... but I am pretty darned sure that it is decidedly cross about the whole thing!

* in the remote chance that you are reading this - Hi! Please accept this as a profuse apology for my assumption that you are as nerdy as I am - and the subsequent, possibly over detailed, explanation of who and/ or what I was actually talking about.

*!  You will see a lot more of this in the near future - but if you would like a copy of the underlying research do let me know.

*^ the full report can be found here

*£ see herefor more on the decision

Many of the councils that responded to our survey highlighted the difficulties with collecting accurate data. Some confessed that they don’t actually monitor the number of self-build plots at all, whilst others quoted the number of planning permissions for single plots. One council even suggested that “in theory any planning permission for housing development could be suitable for custom and self-build.” ..... The uncertainty over both how many self-build plots need to be delivered, and how many actually are means it is difficult to draw any firm conclusions on the balance between supply and demand. What is clear, though, is that number of plots being delivered is far below the number of people listed on Right to Build registers. The best estimate is that something in the order of 14% of the required plots are actually being delivered. 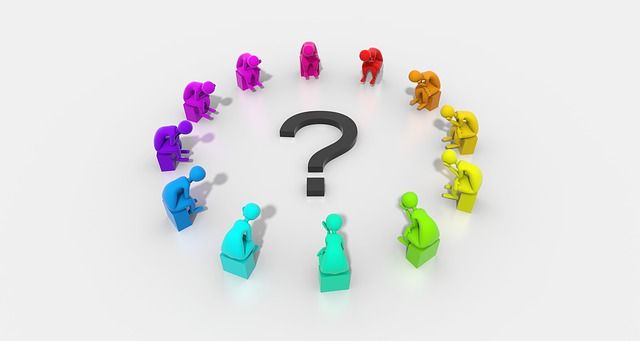