The Supreme Court yesterday upheld the decisions of the Court of Appeal and, prior to that, the High Court, and ruled that relief from forfeiture is available, even where no proprietary rights exist.

The Manchester Ship Canal Company Ltd (MSCC) owns the Manchester Ship Canal and adjacent land in the vicinity of Ellesmere Port. Vauxhall Motors Ltd (Vauxhall) acquired nearby land to develop its manufacturing plant. In 1962, MSCC granted Vauxhall a licence, allowing (among other things) Vauxhall to discharge surface water and treated effluent from Vauxhall’s premises, across MSCC land and in to the canal (“Licence”).

The Licence was granted in perpetuity (i.e. forever) in exchange for a payment of “rent or annual sum” of £50 and performance of various covenants by Vauxhall. The Licence contained an early termination provision that equated to a forfeiture clause and read:

“If the said yearly rent or sum or any part thereof shall at any time be in arrear for the space of 21 days after the same shall have accrued due (whether legally demanded or not) or if and whenever Vauxhalls shall make default in the performance and observance of any of the covenants conditions and provisions herein contained and on their part to be performed and observed the Canal Company may (but without prejudice to any right of action available to them by way of injunction or otherwise) by notice in writing require Vauxhalls to pay the rent in arrear within 28 days or (as the case may be) to pay reasonable compensation for the said default and remedy the same (if capable of being remedied) within a reasonable time and if Vauxhalls shall fail to comply with such notice the Canal Company may thereupon by notice in writing determine this Licence forthwith and in such event this Licence and every clause matter and thing herein contained shall forthwith absolutely cease and determine but without prejudice to any claim by either party against the other in respect of any antecedent breach of any covenant condition or provision herein contained.”

In 1997 the terms of the Licence were varied and the Licence as varied was expressed to grant rights to Vauxhall for the benefit of Vauxhall, its successors in title and other occupiers of Vauxhall’s land from time to time.

In October 2013, Vauxhall failed to pay the annual Licence fee of £50. MSCC served notice pursuant to the above forfeiture clause demanding payment in February 2014 and, following Vauxhall’s continued failure to pay, served further notice in March 2014, terminating the Licence.

The parties then entered negotiations for the grant of a new licence to Vauxhall at market rates. Market rates were substantially higher than the £50 annual fee that had been payable under the Licence. Those negotiations were unsuccessful, and Vauxhall issued a claim for relief from forfeiture in March 2015.

The High Court granted relief from forfeiture in respect of the Licence. That decision effectively reinstated the Licence in its previous form (i.e. as varied in 1997). As a result, Vauxhall would be obliged to pay only the fixed annual sum of £50 - which was not subject to review - for the duration of the Licence.

The basis of the trial judge’s decision was that the rights granted by the Licence were, if not possessory rights, at least sufficiently similar in nature to possessory rights to engage the court’s jurisdiction to grant relief.

MSCC appealed the first instance decision on the basis (they argued) that the Licence did not grant Vauxhall either proprietary or possessory rights. The Court of Appeal considered that the concept of possession is made up of 2 elements, namely possession and the intention to possess. In view of Vauxhall’s obligations under the Licence (which included obligations to construct, repair and maintain the infrastructure required for the exercise of Vauxhall’s rights) the Court of Appeal held that Vauxhall in fact was granted possessory rights by the Licence, but no proprietary rights.

The Court of Appeal also recognised the trial judge’s entitlement to take in to account any windfall that would be achieved if relief from forfeiture was refused. By the time the case reached the Court of Appeal, it was accepted that the market value of the rights granted by the Licence were worth in the region of £300,000 - £440,000 per year. The Licence fee was £50 per annum.

MSCC appealed to the Supreme Court and argued, in essence, that relief from forfeiture is only available in respect of land where the party seeking such relief has a proprietary interest in the land concerned.

Relief from forfeiture is an equitable remedy, developed by common law rather than a specific statute. A number of historic cases previously established that relief from forfeiture may be granted by the court in respect of chattels and other personal property, provided that the party seeking relief had proprietary or possessory rights in the relevant items.

MSCC’s appeal was unanimously dismissed, the Supreme Court having determined that it was able to grant relief from forfeiture in this instance and thus upheld the previous decisions in the High Court and Court of Appeal.

The leading judgment of Lord Briggs includes a useful review of the historic cases relating to the court’s jurisdiction to grant relief from forfeiture in matters where there are no proprietary or possessory rights. There is also some discussion as to whether a possessory right over land must be indefinite in order to give the Court the jurisdiction to grant relief. In that respect, Lord Briggs envisaged the possibility that there may be “forms of possessory rights in relation to land which are not perpetual, but which might nonetheless qualify for equitable relief from forfeiture”. The point was not relevant in this case due to the perpetual nature of the Licence.

The decision itself is not particularly surprising; the court’s jurisdiction to grant relief from forfeiture where there are proprietary or possessory rights has already been established in relation to property other than land, so this decision brings land related cases in line with those authorities. It is worth remembering this decision when granting licences. Care must be taken to: • avoid drafting termination clauses that equate to a traditional forfeiture clause; • include a mechanism for review of any licence fee, especially if the licence is renewable or granted for a long period / in perpetuity; • avoid granting any possessory or proprietary rights if possible (potentially, given Briggs LJ’s comments above, even in cases where the licence to be granted is only a short-term or renewable agreement). 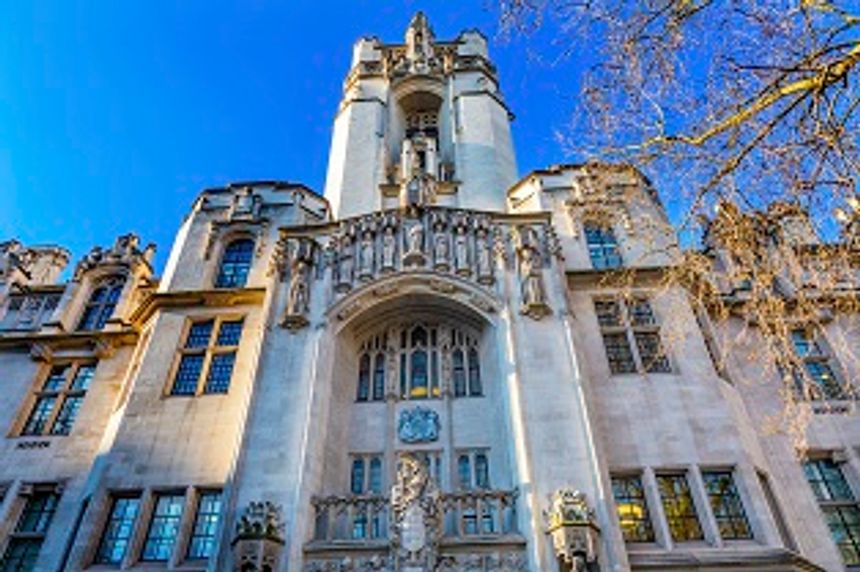 Business rates – whose place is it anyway?
Lisa Stratford

Finding Fault - When can a landlord refuse to renew a lease under the 1954 Act?
Lisa Stratford

Do you have a ‘Trump’ situation? Are you seeking to evict a tenant that refuses to leave?
Lisa Stratford
Recent posts from Irwin Mitchell - Business