The last few days have been... well... interesting... for those of us who spend our time keeping an eye on the workings of MHCLG.

In the last two days, the Ministry has published two separate interventions into the Local Plan process:

The two interventions could not be more different and suggest that there may be some differences of opinion, behind the scenes, between the Housing Minister and the Secretary of State.

The Housing Minister's letter to Broxtowe Borough Council, dated October 2nd, was made in the context of an emerging local plan which had recently been found sound by the Planning Inspectorate. The plan included a number of releases of land from the Green Belt for housing developments, which the Inspector concluded were necessary if the Council were to meet its housing needs.

In her letter, the Minister expressly acknowledged that the Inspector had found that there were exceptional circumstances in the Borough that necessitated the Green Belt release. She also stated that she "would like to make clear that I am not commenting on the merits of [the Inspector's] recommendations but rather am responding on how the local authority intends to implement the plan once adopted".

However the letter then goes on to raise very pointed concerns about the Green Belt release, that the Inspector had found to be entirely appropriate, and urging them to prioritise the development of previously developed land within the borough.

The key paragraph of the letter reads as follows:

"However, I would like to take this opportunity to remind you of the importance this Government attaches to maximising the potential of previously developed land for new development, ensuring the efficient and appropriate use of land when planning to meet housing need. My key priority is to ensure that this vital resource is put to productive use, to support the regeneration of our cities, towns and villages, and to limit the pressure on undeveloped Green Belt land. I note from your Housing Delivery Action Plan (August 2019) that the Council have identified increasing the rate of house building on brownfield sites as a critical corporate objective, emphasising the seriousness in which you are approaching this matter, and I welcome the positive actions that you have set out to address the specific challenges faced in Broxtowe. However, in the context of the Green Belt releases proposed in your Local Plan, I am seeking further reassurance that the Council will be making every possible effort to prioritise delivering redevelopment on previously developed land going forward. I would be particularly interested to understand more about the challenges you are facing in bringing forward brownfield sites for development, and would encourage the Council to engage with my officials on how we can best support you in meeting this objective."

Almost exactly one week later, the Secretary of State issued a holding direction (dated 9 October 2019) to South Oxfordshire District Council.  The holding direction was issued in response to a decision by the Council to withdraw its Local Plan from examination due to concerns over the plans housing target (775 homes a year), which is considered to be too high, and over the scale of green belt releases proposed to meet it.

The move follows a change in control at the Council in the elections earlier this year, and is made somewhat more complicated by the fact that the Government has ambitious growth plans for the region, and has already provided grant funding to support them. More information about the situation in SODC can be found here*

The approach set out in the holding direction could not contrast more strongly with that contained in the Housing Minister's letter to Broxtowe.

In particular, the Secretary of State stresses that:

"The government remains committed to making sure every community has an up-to-date and sufficiently ambitious Local Plan. Withdrawing the Plan at this stage is instead likely to create uncertainty and expose communities to speculative planning applications."  ....

" I would like to work constructively with you to ensure that South Oxfordshire is able to deliver the high-quality homes and infrastructure required to support jobs and growth in the local community. As I set out in my letter to you on 26 August 2019, progressing the Plan is an essential step to delivering the Oxfordshire Housing and Growth Deal. I have therefore asked my officials to get in touch with your officers to discuss next steps and will keep you updated while I consider this matter further"

The full text of the letter can be found here

So on the one hand, we have a Housing Minister raising concerns 'in the context of the Green Belt releases proposed in [a] Local Plan' and seeking assurances that Council will prioritise brown field development despite exceptional circumstances having been found to show the release is necessary.

On the other, the Secretary of State is preventing a Council from withdrawing a local plan that it no longer supports precisely because of the extent of its Green Belt releases, and citing the need to ensure "South Oxfordshire is able to deliver the high-quality homes and infrastructure required to support jobs and growth in the local community" in his decision to do so.

If this were a game of Ministerial Top Trumps, then clearly the Secretary of State's Intervention should carry more weight. However, given how polarising the issue of Green Belt releases tend to be, I would not be surprised if both interventions end up being quoted widely (and vehemently) for the foreseeable future.....

*In a rather excellent Planning Resource article that I strongly recommend that you read.

McVey’s letter, dated 2 October, says the minister offers her "full support to the Planning Inspectorate" and is "grateful to the inspector for her work on this plan". ..... However, she continues: "I would like to take this opportunity to remind you of the importance this government attaches to maximising the potential of previously developed land for new development, ensuring the efficient and appropriate use of land when planning to meet housing need." The minister says that, "in the context of the green belt releases proposed in your local plan, I am seeking further reassurance that the council will be making every possible effort to prioritise delivering redevelopment on previously developed land going forward". 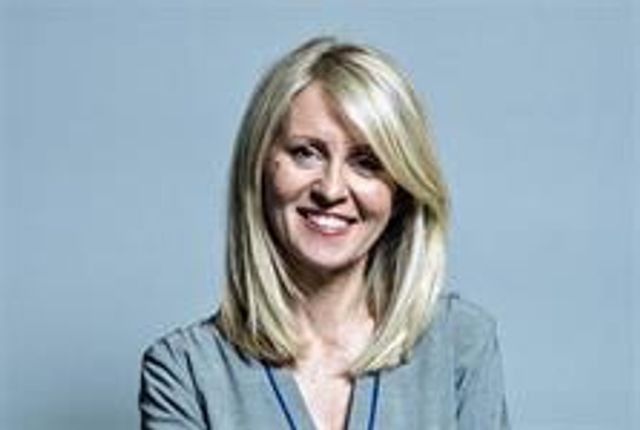