This post is inspired by somewhat local concerns. My home council, Tunbridge Wells, published its draft Local Plan on Friday,* and is proposing a  bold and highly imaginative solution to meeting its housing need:  an entirely new settlement located in Tudeley Village, together with a major urban extension in Paddock Wood.

From a local perspective, the proposals make a great deal of sense. Tunbridge Wells is highly constrained, with large parts of the borough covered by either the High Weald AONB or Metropolitan Green Belt - so there are limited opportunities for development of the scale required to meet the growing housing needs of the borough.

The proposed  urban extension at Paddock Wood falls largely outside of the AONB and the Green Belt. The new Garden Village would require greater release of Green Belt land, but would be well connected and the provision of a new settlement would also allow for significant improvements to local infrastructure. There is also a lot to be said for taking a holistic approach to planning for housing delivery - starting from the ground up does give the opportunity to build a properly functioning, sustainable, community, which is a rare prospect these days (largely because of the challenges in finding suitable areas of land on which to do so).

It is that last point that got me thinking - on the rare occasions that you have the space, time, and resources to bring them forward - are new settlements actually the best solution to the housing crisis?

The idea of the Garden Village is currently having a bit of a renaissance. The Government has committed funding to support 43 new settlements in the last few years (including 19 new projects announced in June - see below). It is not, however, a new concept. The British tradition of building entire communities, based around the concepts of healthy and sustainable living, can be traced all the way back to the 'model villages' of the 19th Century, such as Bournville  or New Lanark. The latest iteration of the concept has a great deal in common with its predecessors.

A true 'Garden Village' is designed around the following principles:

When these projects work well, they can deliver thriving and well thought out new settlements, with a strong sense of community. When they go badly, they can go very badly indeed,** or simply create dormitory towns with little of interest to recommend them.

The difference between success and failure seems to come down to three things:

It also helps if thought is given at the outset to the challenges that will crop up with delivery - site assembly, master planning, funding and infrastructure provision for these communities is challenging. Which is why the choice of location for a new settlement is so vital.  That said, done well it provides an amazing opportunity to do something really special - that not only gives a huge boost to local housing numbers - but also creates real community benefits in the long term.

Given the time and effort involved in bringing new settlements forward, and getting them right,  Garden Villages are unlikely to solve the Housing Crisis on their own; but they are definitely able to make a valuable contribution.

Planning is, at its heart, about building communities after all.

* the consultation runs to 1st November and can be accessed here

** some examples of poorly designed new communities can be found in some of the brutalist estates of the 1960s.

In his speech, Brokenshire said: "These new communities stretch from County Durham in the North, to Truro in the south west. Together they have the potential to deliver 73,000 new homes. "We welcome the new homes these projects will bring, but this is about so much more than 'housing units'. "It’s about supporting local areas that have the vision and drive to create great new places – with all the facilities, green space and transport to make a community that will thrive. "And I’m really pleased that our plans include a specially designed community that would support the needs of people with dementia, as part of a new Garden Community at St George’s Barracks in Rutland." The new garden villages are in addition to 24 garden cities, towns and villages already supported by the government. 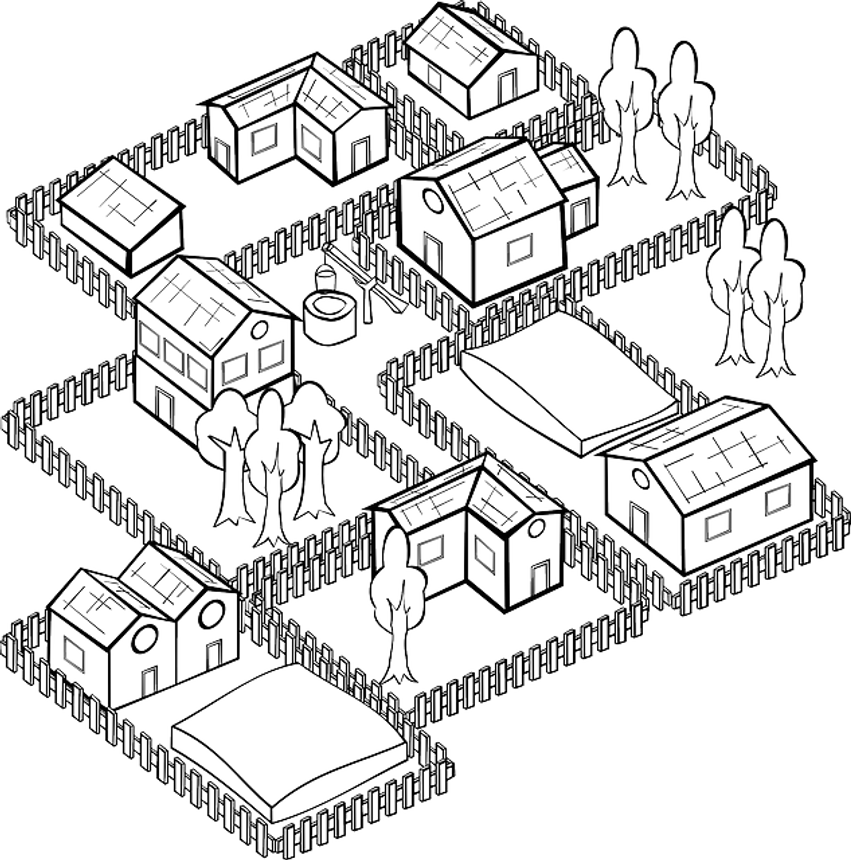