In a typical application of Murphy's Law, my recent holiday coincided with a very busy two weeks in the world of planning. In particular, I have managed to miss:

As most of these developments have been covered by other planning commentators in quite a lot of detail, I have decided to ignore them for the time being. Instead, this post is going to talk about solar panels*

On 10 July, the High Court released its judgment in  McLennan v Medway Council** The case concerns a very small development, which has the potential to cast quite a large shadow.

The facts of the case can be dealt with rather quickly. It involves two neighbours. One of them was building an extension to their house. The other had solar panels on his roof, and was concerned that the extension would render them less effective. This concern was raised with the Council during the planning process.

The Council granted the application for the extension, in part because they made a mistake about the orientation of the proposed development and believed there would be no overshadowing of the solar panels (which was wrong in fact); but also because they did not consider the impact of overshadowing on solar panels to be a material planning consideration.

On this last point, the Court disagreed, and did so rather strongly. Stating that:

In some ways this is a statement of the obvious. As we all know, the list of considerations which can be a material planning consideration is very broad - and just because a consideration is material does not mean  that it is to be given significant weight in the decision making process. The Council's mistake was to state that the impact on the neighbours solar panels was immaterial. It was not, necessarily, wrong to grant the consent, it was however wrong to do so in the believe that the potential impact on the neighbours solar panels was irrelevant to the decision.

That said, this is a judgment which does have the potential to cast quite the shadow over development, or redevelopment, proposals in built-up areas. Particularly in areas where  domestic solar panels have become popular.

Whilst most larger developers will be aware of the complications than can be caused by the more traditional rights to light claims, the potential impact of nearby solar panels is a less common consideration, and will add a new wrinkle into an already tricky area. As the judgment points out, how a development impacts the light reaching its neighbours is assessed differently to the impact on solar micro generation panels - and it may well be that a new set of reports is required to consider it.

The rationale is also not limited to domestic solar panels. It incorporates any renewable energy systems in the area, which could also include wind turbines, solar farms or small (or large) scale hydro systems and air source heat pumps.

Whilst it is always hard to predict the importance of cases shortly after they have been released; it will be very interesting to see if this is a case that will loom large or in hindsight, it will be another judgement that faced the sun and cast no shadow***...

As can be seen, this conclusion suffers from the deficiency I have already identified, in that it fails to appreciate that interference with the solar panels is a material planning consideration by reason of the part played by them in addressing (however modestly, on an individual scale) issues of climate change. Insofar as the officer’s report (and that in the earlier application) is based on the categorisation of the claimant’s solar panels as a purely private interest, the conclusion is also flawed. No consideration has been given to why a person’s ability to use the sunlight reaching his property to generate electricity falls into a materially different category from the same person’s ability to enjoy sunlight falling into his living room or garden. The officers treated the latter as a material consideration, albeit finding that the interference was not such as to make it appropriate to refuse permission. This is not to say that, when it comes to ascribing weight, a planning authority may not legitimately conclude that reduced sunlight to a living room deserves greater weight than interference with solar panels; or vice versa. The problem lies in the in limine rejection of interference with solar panels as having any material bearing. 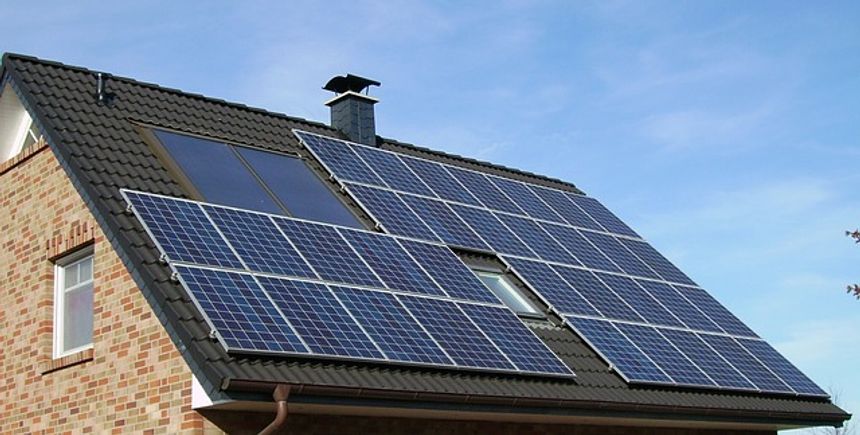