Since Doctor Who returned to our screens in 2005, Cardiff Bay has become much more of a bustling tourist destination.  However plans by the City Zip Company to install a 360 metre wire, launching from the top of the five-start St David’s Hotel to the historic Norwegian Church have been met with strong objections and may be a step too far.

The main point of contention is the sheer number of flying tourists that will whiz by the residential properties every hour.  With 48 people per hour, eight hours a day for 24 weeks an estimated 64,512 thrill-seekers would scream and squirm their way across the bay (and this does not include the spectators there to cheer them on!).

Doctor Who screenwriter Russell T Davies and Bridget Jones’ Diary screenwriter Andrew Davies have both set out how this would make their respective roles impossible. The attraction of their properties is the tranquil peaceful setting in which to write.  One objector took the view that it would cause a ‘statutory noise nuisance’ which would interfere with their legal rights under Part 3 of the Environmental Protection Act 1990. Russell Davies notes in his objection that the evidence relating to Mermaid Quay, characterising it as a busy area is correct, but it cannot be applied to Havannah Street as they do not even share the same postcode.

The developers have claimed that the route has been “sensitively positioned to ensure minimal impact upon local views, nearby heritage assets and nearby occupants”.  Local residents dispute the searches carried out by the developer.

One of the issues that the Ocean Reach Owners Association lists, amongst 16 others, is the lack of consultation by the developer of the local residents views and opinions.  Could the developers take a more cooperative consultative approach and took into account residential amenity; and would it then be faced with less objections and complaints?  The OROA have asked that a new location be found to launch the zipwire if the application is not rejected in its entirety.

The Council should also take into consideration the wider environmental impacts of the business venture. No doubt with the rise of social media, tourists would want that Instagram ready picture snapped mid-flight. The introduction of drones should not be underestimated, remote controlled devices in combination with the wires themselves could cause a major issue for local bird life.  *Is there also a heritage impact to be taken into account?  It's a simple scheme in itself but triggers a variety of considerations.

If the Doctor Who references were not already significant enough, John Scot Barrowman*# (also a resident in Cardiff Bay) lodged an objection citing the noise already generated by the St David’s Hotel as a disturbance with the zip wire exacerbating the problem.  It will be interesting to see whether the developer proposes any changes or whether they find an alternative launch location.  Is the landing spot wholly suitable in any event?  Needless to say, local residents would rather the planning application be wholly exterminated…  But for the time being it's one for the celebrity spotting planning books with Ed's pub sign and lake and the extension wars between Robbie and Jimmy.

Screaming idiots would whiz past my apartment 48 times an hour. 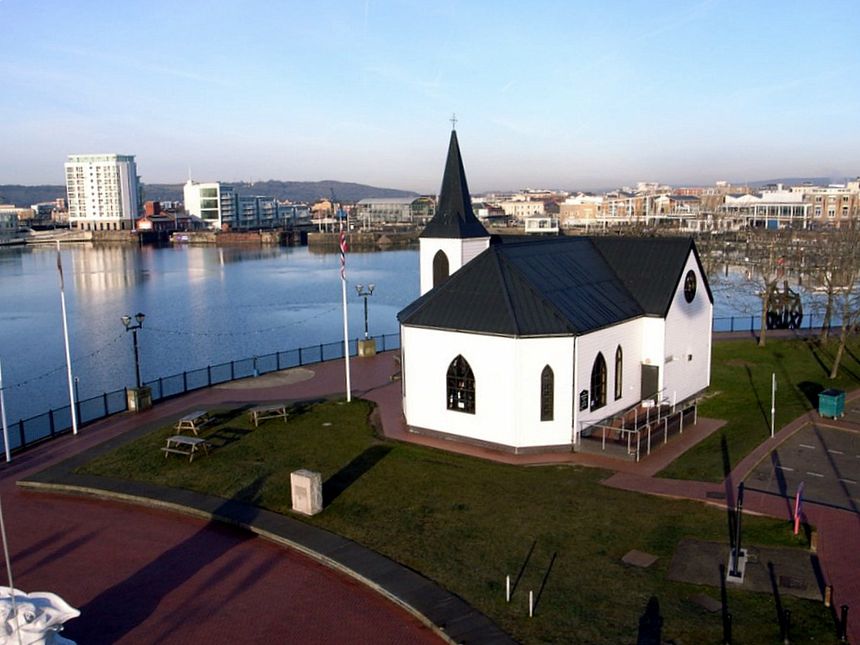