A decision of the NI Court of Appeal in Chief Constable of the Police Service of NI and others v Agnew will cause those employers who still aren't including overtime payments, allowances or some commission payments in holiday pay, real concern.

Many employers have successfully used technical arguments following the judgment of the EAT in the Bear Scotland litigation in 2014 to limit their liability for historic holiday pay claims. The NI Court of Appeal has "demolished" those arguments and made it much more likely that UK courts will - at some point in the near future - follow suit.

The Working Time Regulations (NI) are almost identical to those that apply in the UK. These provide that workers are entitled to minimum holiday of at least 5.6 weeks per year, pro-rated for part time staff. Holiday pay is calculated in accordance with the Employment Rights (Northern Ireland) Order 1996, which is written in identical terms to the Employment Rights Act 1996.

It provides that workers should receive a 'week's pay' for each week taken as holiday. The calculation is very simple and uncontroversial for those without normal working hours (such as casual or zero hours staff) - a week's pay is worked out by averaging their pay over the previous 12 weeks.

However, the provisions that apply to workers with normal working hours expressly state they are only entitled to 'basic pay' when they take a holiday. This excludes non guaranteed and voluntary overtime, some allowances and most commission payments. There have been a series of decisions in both the European and UK courts which has ruled that these provisions are inadequate and that workers must receive their 'normal pay' when they take a holiday - although this only applies to four of the 5.6 weeks holiday.

These decisions meant that many employers had been underpaying their staff for years - and for long serving workers, since the introduction of the WTRs in 1998.

However, in a controversial judgment, the EAT in  Wood and others v Hertel and Fulton and Bear Scotland Limited imposed restrictions which made it virtually impossible for workers to include underpayments that occurred in previous leave years as part of their unlawful deductions claims. It differentiated between the first 20 days leave (Directive leave) which had to include overtime etc and the remaining 8 days which didn't and ruled that gaps between the different 'types' of leave or gaps of three months or more between deductions broke the link. Then, in England, Wales and Scotland, the government introduced legislation which meant workers could only recover underpaid holiday for a maximum of two years.  NI didn't introduce similar legislation.

Background to the case

This case was brought on behalf of 3,380 police officers and 264 civilian employees who had only received basic pay during their holidays. At the time the claims were issued (2015/16) the underpayments were estimated to amount to around £30 million. The police argued they were entitled to apply the EAT's reasoning in Bear Scotland and exclude those payments it could lawfully make at basic pay. Applying this method resulted in underpayments of around £300,000.

The issue eventually wound up before the NI Court of Appeal which made some very important findings:

As a result, the workers in this case could recover underpayments going back to the start of their employment (or 1998 if earlier). It's been estimated that their claims are now valued at £40 million.

Decisions in Northern Ireland are not binding in England & Wales, but we expect this decision to be persuasive and to affect the outcome of future cases in England, Wales and Scotland.

We also believe that the The Deduction from Wages (Limitation) Regulations 2014 which limits how far back individuals can bring unlawful deduction claims to two years may also be challenged as being unlawful. The argument is that these Regulations breach the EU principles of equivalence and effectiveness and if they fall, the avalanche of claims we worried out in 2014 may become a reality.

To avoid this, employers must make sure that staff receive normal pay when they go on holiday, for at least 20 days of their leave. Claims still have to be brought within three months from the date of the last underpayment, therefore the sooner organisations pay the right amount, the better.

The NI Court of Appeal suggested that payment for holiday should be distributed proportionately between the two (or in some cases three) sources of leave. In other words, for each day of leave pay should be made up of a percentage of Directive leave (20 days) WTR leave (8 days) plus any additional contractual holiday. That will be too administratively complex for most organisations. Therefore unless you are willing to pay all holiday at 'normal' rates, you may have to change the terms and conditions of staff to make it clear that you will differentiate between different types of leave and expressly set out which types of holiday will be taken first.

Whatever approach you chose, it seems you can no longer afford to do nothing and must act now to limit your potential exposure. The NI Court of Appeal said employers can't hide behind a lack of knowledge.

We have been closely involved in a number of holiday pay claims and have experienced lawyers to help you to minimise the impact of these decisions on your business and advise on a strategy for dealing with your workforce and/or the unions. Please contact Glenn Hayes for help.

Speaking to BBC Newsline, Mr Farry, who was employment and learning minister in 2014, insisted he acted honourably and with integrity. "I made a political judgement as minister as to what is in the best interest in Northern Ireland in terms of employers and employees," he said. He said imposing the cap would have been "counter-productive", and claimed if he had sought to introduce one, it could have caused an "artificial cliff-edge", leading to a spike of claims before the cap could take effect. 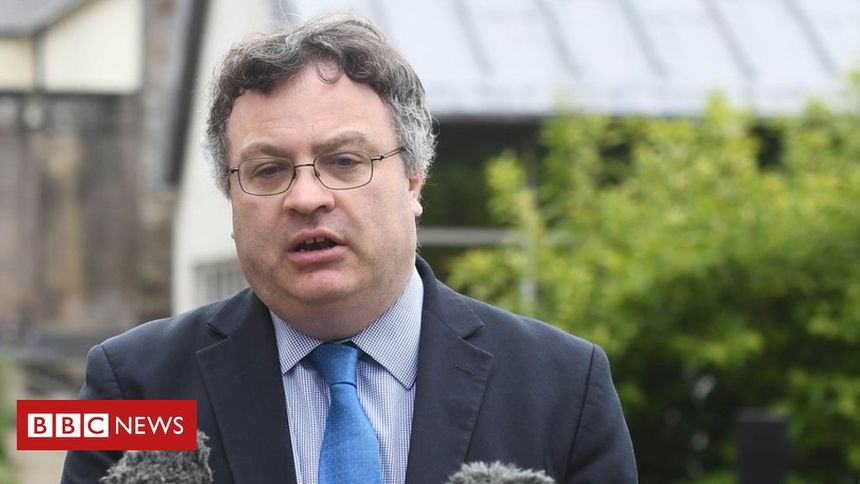