The revolving door at MHCLG* looks set to keep right on spinning, as not just one, but three, former Planning Ministers have thrown their hat into the ring to become the next Prime Minister.

The current incumbent, Kit Malthouse, declared his candidacy last week, joining former Planning Ministers Dominic Raab and Sajid Javid (and thirteen other people) in the race to replace Theresa May.

None of the three contenders** made much of a mark during their time at MHCLG. Neither Kit Malthouse nor Dominic Raab had/ have been in post long enough to make that much of a difference on the direction of policy. Sajid Javid, as Secretary of State, did make more of an impact. Although, given that impact involved a somewhat dubious track record on call-in decisions*!, it may not be the best demonstration of his qualifications for the highest office in government....

Given the rare, albeit remote, opportunity  presented by the elevation of a Planning Minister to the far more important, albeit identically monikered,  role of PM, set out below are just a few suggestions for the next Prime Minister's manifesto.

If nothing else, it would allow them to have more of an impact on our planning system than they did during their stints at MHCLG:

As is clear from recent reports*" that the ability of local councils to deliver housing developments (or indeed anything at all) is extremely vulnerable to the sensitivities of local politics. Only last week, planning resource reported a poll citing  that 41% of councillors saw "community opposition as one of the biggest challenges to housing delivery". Allowing planning decisions to be made from a wider perspective, would help remove some of these obstacles and allow a more strategic approach to be taken.  It would also allow the focus to remain firmly on the planning merits of the decision, as opposed to how it was likely to impact any one Councillor's voting base.

We need the government to invest in the support network and infrastructure  necessary to deliver the level of housing that this country needs. I do not just mean the physical infrastructure required, although transport and utilities networks are vital, but also the infrastructure that underpins the planning system itself.

The planning system is grinding to a halt because local authorities cannot properly resource and staff their planning departments - so planning applications are taking longer to process and conditions can take months to discharge.  Appeals are taking far too long to determine because PINS does not have enough inspectors. All of this could be vastly improved if, instead of constantly tinkering with the system, the government just funded it properly.

We also need more money for further education colleges (to train the next generation of builders, carpenters and skilled engineers); and  investment in alternative, innovative, methods of construction. I accept that may just be a pipe-dream.

If we are after immediate improvements, then you could go a long way by paying for two or three extra well-trained planning officers per Council, and at least a dozen new planning inspectors.

OK. This one is a pet peeve of mine, but I couldn't let it go unmentioned.

The Community Infrastructure Levy comprises a badly drafted, poorly functioning set of regulations, which do not achieve their stated purpose. They are overly legalistic, overly complex and punish those least able to pay for professional advice the hardest.

The only down side I can see to abolition, is that I will need to find something else to talk about. But that is a sacrifice that I am prepared to make for the greater good.

Please, Please can the next Prime Minister just bite the bullet and get rid of the darned things!

**not a deliberate Rocky reference, but one that I stand by

*! My firm did a research piece on this in 2017. A copy of my blog post reporting the results can be found here

*" such as these two planning resource articles: on the rise of local opposition groups and the vulnerability of draft local plans to changes in political control of local councils

Kit Malthouse, the housing minister, has joined the Conservative leadership race, becoming the tenth candidate in the battle to succeed Theresa May. Announcing his candidacy in a newspaper article, he promised to bring "fresh new ideas" to the debate and said he was representing a "new and talented generation" of Tory MPs. Mr Malthouse is best known for his role in bringing together Leave and Remain Tory MPs to draw up the so-called "Malthouse Compromise" in a bid to secure the House of Commons' support for Ms May's Brexit deal. 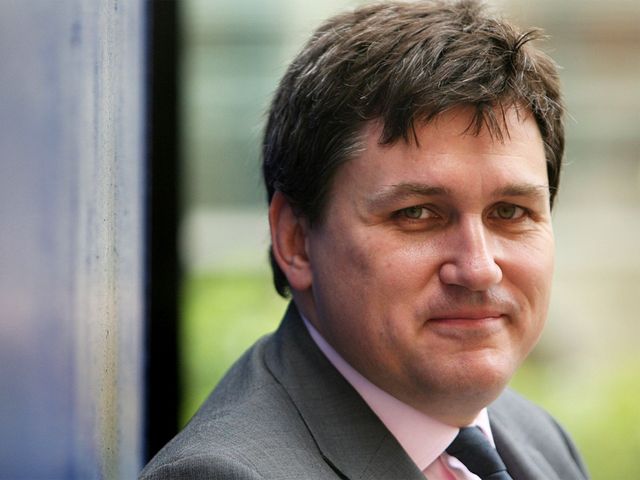