The Guardian recently published an article (below), which highlights the case of a development which was amended post grant of planning permission. The amendment had the effect of preventing the residents of the social housing block accessing one of the play areas on the site.

The issue of separate facilities within the same development for the social  and private tenants is one which often crops up in newspaper reports. A few years ago, it was the issue of 'poor doors' or separate accesses for social housing tenants within developments. Last year, the Guardian published an article highlighting a case where the social housing tenants would not have access to a gym and swimming pool within the development*.

The common issue that underpins these reports is not, in fact, greedy developers or a desire for social cleansing. Instead, it comes down to how those facilities are funded. The issue is services charges.

There are a number of ways in which the long term maintenance of facilities such as play areas, parks or social spaces within developments can be funded. They could be adopted by the local planning authority or another public body (in which case the developer would pay a lump sum to the Council to cover on-going maintenance costs); they could be transferred to a community trust or charity, who are willing to run the facilities; or they could be passed to a management company, who recovers the cost of maintaining them from residents of the scheme.

In recent years, local authorities have become less enthusiastic about taking on responsibility for these types of facilities; which is hardly surprising given the stresses on local authority budgets at present. As a result more and more of these facilities are funded by services charges levied against residents.

The alternative would be for the private residents in the development to subsidise access or use of the facilities by the residents of affordable housing through their own service charges. A situation which would certainly raise complications of its own.

It is hard to see an easy answer to these problems, particularly in areas where local councils are not willing or able to adopt play areas, or where the facilities in question are inherently expensive (such as an on-site gym).

Perhaps if there was greater subsidy available for affordable housing schemes, then registered providers may not need to be so strict over the level of service charge that could be covered. Whilst this almost certainly would not stretch to an on-site swimming pool, it may help resolve the questions over separate  entrances and play areas on sites.

Henley Homes, the developer, said... that it had handed the freehold of the Wren Mews social housing block to Guinness Homes, a social housing company. ... Guinness Homes said it has no control over anything but the social housing block... Warwick Estates, the company that manages the private part of the development, strongly defended its decision to keep the social housing residents out of the shared spaces. “Although, as you state, the block overlooks the swing area, the residents have no access to it. This is for [a] very good reason – being that [they] do not contribute towards the service charges,” said Emma Blaney of Warwick Estates. “This is in no way discriminatory but fair and reasonable.” 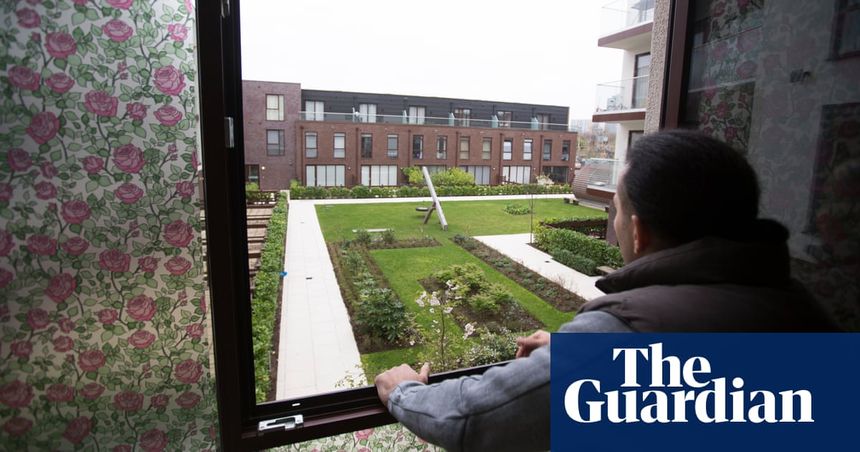