The Attorney General's Legal Opinion dated 12th March 2019 on the legal effect of the latest batch of Mrs May's draft Brexit Withdrawal Agreement documentation has triggered an interesting debate in the Letters' page of "The Times".

Lord Pannick QC, an eminent constitutional lawyer, has taken the application of the Vienna Convention a stage further by arguing in a letter ( which "The Times" published on 15th March 2019) that Article 1(4) of the Protocol on Ireland/Northern Ireland should be read subject to the "Fundamental Change of Circumstance" provisions of Article 62 of the Vienna Convention.

Article 1(4) of the Protocol  states that the provisions of the Protocol are intended to apply "only temporarily" and that the objective of the Withdrawal Agreement ( of which the Protocol is stated in Article 182 to be an "integral part") is "not to establish a permanent relationship between the Union and the United Kingdom".

Article 62 of the Vienna Convention provides in paragraph 1 in a slightly back - to - front fashion that :-

"A fundamental change of circumstances which has occurred with regard to those existing at the time of the conclusion of a treaty, and which was not foreseen by the parties, may not be invoked as a ground for terminating or withdrawing from the treaty unless:

(a) The existence of those circumstances constituted an essential basis of the consent of the parties to be bound by the treaty;and

(b) The effect of the change is radically to transform  the extent of the obligations still to be performed under the treaty."

Lord Pannick QC appears to have taken this double negative - type  wording to give a treaty party a positive right  to terminate the treaty in question unilaterally where a "fundamental change of circumstances" has occurred which is not caught by the restrictions set out in paragraph 1 above.

A formidable piece of analysis which has attracted both support and  opposition in the hallowed precincts of "The Times" Letters page. The argument in support is that in contrast to other examples the "non-permanent" nature of the Protocol lies at its very heart and that the Protocol , therefore, falls away if it is not superseded by an express replacement agreement within a reasonable period of time ( whatever that is). The argument against is that the possible failure to agree a superseding agreement clearly would have been "foreseen" at the time of the Withdrawal Agreement  and that , therefore, one of the main  the conditions of Article 62 ( ie that it only relates to unforeseen circumstances) has not been satisfied. One of the letter - writers ( David Wolfson QC) has also urged readers to be careful as to what they might wish for since "the effect of Article 62 would be to bring the entire treaty to an end, a result which has far-reaching consequences and which explains why the criteria for invoking Article 62 are so stringent".

Where does all this rumination in the letter pages of "The Times" lead?

Perhaps to nowhere in particular but it does show that if  parties set their mind to it , they will often be able to use the law flexibly and elegantly as a tool get to an agreed  final destination without compromising on any party's principles.

Perhaps it also shows what a  wonderfully civilised  country this is where such weighty matters can be debated peacefully in the letter-pages of "The Times". 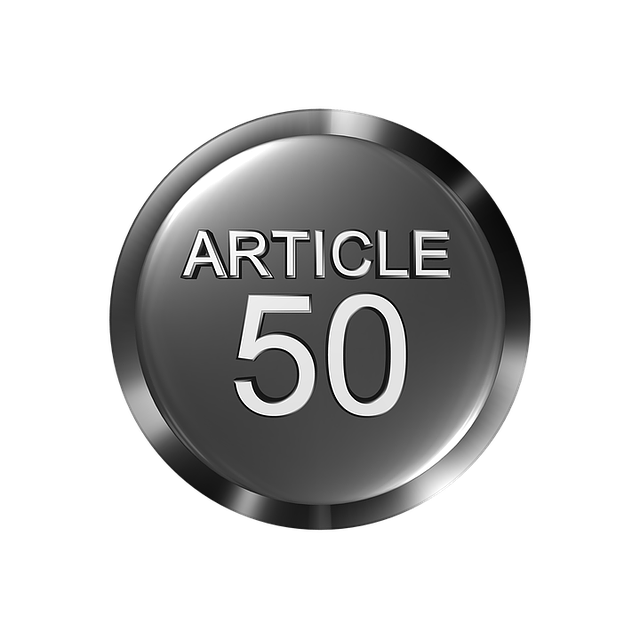