This week's post takes inspiration from a twitter conversation I had on my commute home last night as I saw the BBC article below shared.

Is buying with friends the future of housing? For a brief moment, with a sociologist hat on, I pondered whether this is the future; whether people are genuinely becoming more interactive and want to do this, or whether, sadly, economically, they're being forced to do this. Given that the first pair of couples in the article has done this to enable them to buy a 6 bedroom house you have to assume there remains an element of choice; but at some level this is also a sad reflection on our current levels of housing supply. Then I came to my senses and put away my school-boy philosophy texts; as a planning lawyer I had to question how this fits within the current planning regime. Before any bank will mortgage these purchases they will require confirmation that the property has planning permission for its proposed use.

This starts with a need to look at the Use Classes Order 1987 (in this case, as amended by the Town and Country Planning (Use Classes) (Amendment) (England) Order 2010 (SI 2010/653)) and discover whether a traditional C3 dwelling house is retained or whether a C4 HMO is being created by the purchase by a group of friends.

In most locations this distinction is academic and unlikely to matter a great deal as Schedule 2, Part 3 Class L of Town and Country Planning (General Permitted Development) (England) Order 2015 allows freedom to move between Use Class C3 and Use Class C4 in any event. However a local planning authority can withdraw that permitted development right using an Article 4 direction and a lot of London Borough’s and larger city Councils have done so in the kinds of areas where housing need is often of the kind where friends may want to “co-buy”. In those locations the choice between which use class the system of purchase falls into will become key.

Class C3 covers traditional dwelling houses and is made up of 3 parts. It governs the use as a dwelling house (whether or not as a sole or main residence) by—

(a) a single person or by people to be regarded as forming a single household;

(b) not more than six residents living together as a single household where care is provided for residents; or

(c) not more than six residents living together as a single household where no care is provided to residents (other than a use within Class C4).

For the purposes of Class C3(a) “single household” is defined by s.258 of the Housing Act 2004. Whilst s.258 allows for further regulations to expand upon this definition, it principally looks for traditional family groupings (and wider dependents) but, in including wider dependents (~authors terminology), it creates a slight loophole. If two couples, as described in the article, who are in no way related to each other, undertake this house sharing relationship they may not be a single household for the purposes of Class C3(a); but if a brother / sister were to buy a house, each together with their respective romantic other halves, they would be.

Class C3(c) is often less referred to and less clear. One strand of case law indicates this crept in to cover “commune-style” housing but in any event it is now clear that this covers uses which are not under C4, i.e. you must fail to be a HMO before you can reaffirm that you are a C3 dwelling house; albeit under Class C3(c) not Class C3(a). There is then a large spread of case law not particularly relevant to this post as it covers the giving of care.

Class C4 describes houses in multiple occupation as the use of a dwellinghouse by not more than six residents as a “house in multiple occupation”. (Remembering that, subject to the “de minimis” test and question as to whether there has been a material change in use in getting there – more than 6 residents becomes a sui generis large HMO). For the purposes of Class C4 a block of flats to which s.257 applies is not included but otherwise HMO has the same meaning as in section 254 of the Housing Act 2004.

Under s.254 the standard test seems most relevant to the circumstances described. If it

then it is a HMO.

It is clear that the kind of living arrangement described by - "co-purchase" can have the appearance of, and raise the suspicion of being a HMO, even if after a full investigation it remains a C3.  As can be seen, this is a potential minefield which, if such mortgages are to become more common, requires clarity. The answer in a lot of cases will come out of an investigation (not too pleasant for these likely first time buyers to experience) and will come down to a judgment call based on that planers favourite – the “fact and degree” test.  It will likely come down to some consideration of how the ownership is set up legally and how the relationship takes effect practically.

The alternative would be for the Minister to use his power to make regulations and expand on the single households which can be included in a traditional Class 3 (a) dwelling house.

the majority of millennials would take out a mortgage with two or more people to get a foot on the property ladder... the group of friends are excited to move in together - with one couple on each floor, and sharing the cost of any renovation and possibly childcare in a few years time... "If you don't have rich parents, how else are you going to get on the housing ladder? 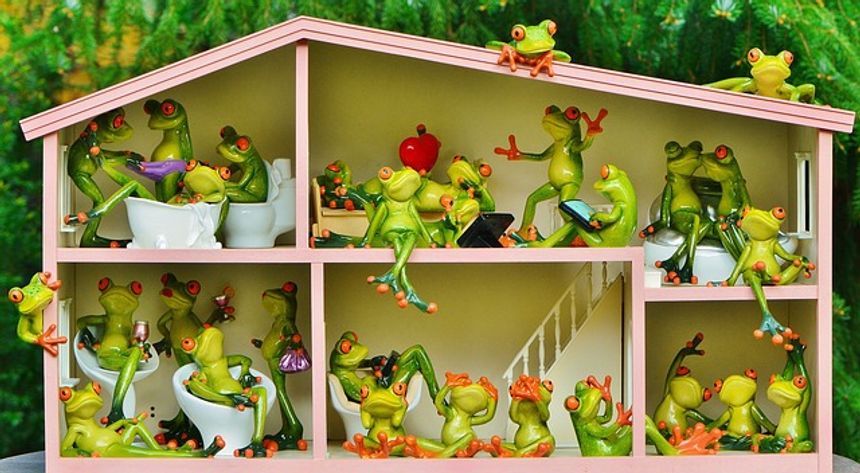 With house prices having risen over the last decade, many young people have found it tough to get on the property ladder. Some are choosing to co-buy with friends, but it is not without its risks... https://t.co/JTA6TMpSjv