On 8th February 2019 , Steven Cullinane , the CEO of Kellogg's , the giant US cereals company, was reported as telling the media that Brexit is "probably the most uncertain geopolitical issue that companies are facing right now" , which is affecting consumer sentiment. It is striking that a global business head, like Steven Cullinane , views Brexit as at the top of his list of worldwide challenges.

On the BBC's "Today" radio programme, Ian Wright, the CEO of the UK-based Food and Drink Federation, was quoted on the 12th February 2019 as  saying that a disruptive no deal Brexit is "the biggest threat businesses have faced since 1939". This is on top of the warning from the Food and Drink Federation that food businesses could be facing "extinction" from the impact of a no deal Brexit.

As if the above were not worrying enough, the Sunday Times ran an Article in its Business News on 10th February 2019, plaintively entitled "When can I move my cheese, Dr Fox?", which told the story of Coombe Castle Great British Dairy Exporters in Wiltshire ,who have seen a massive decline in orders for their cheese from Canada because, according to the Sunday Times, "neither managing director Darren Lanvin nor his customers know what the rules on UK-Canada trade will look like in six weeks".

The same Sunday Times Article recounts not dissimilar woes  affecting Beech's Fine Chocolates, based in Preston Lancashire, and Trutex, a school uniform supplier based in Clitheroe Lancashire, affecting their businesses with other parts of the World.

The Food and Drink Federation commissioned a report in 2018 on how so-called "rules of origin" ( identifying the geographical source of components or ingredients in final end user products) may need to be dealt with in  an EU-UK Free Trade Agreement , This is not a question simply of labelling but also of  tariffs to be applied to the products in question. It is clear from the report that such "rules of origin" in the food and drink sector ( but also very probably in many other sectors) can give rise to very complex issues and is one of the main reasons why Free Trade Agreements can take so long to negotiate.

Almost all responsible politicians and political commentators, both in the UK and in the rest of the EU,  appear to agree that a "no deal" Brexit is to be avoided , if at all possible. Unless "exit day" ( 29th March 2019 at 11pm UK time) can be deferred by agreement between the two sides, time is now running very short for this eventuality to be pushed aside. 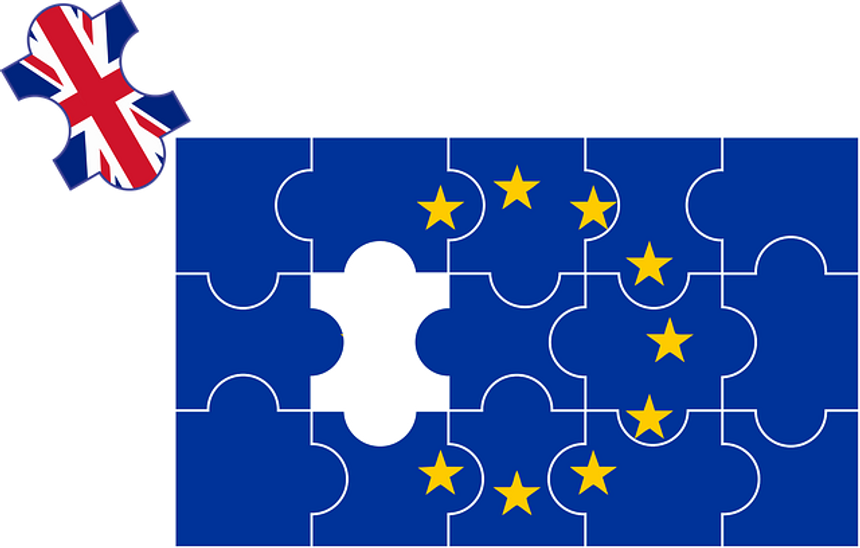