It is a well known fact that, when it comes to filing cases in the Planning Court, timeliness is next to godliness. I cannot be the only planning lawyer to have had stress-dreams about missing a filing deadline, or to exclaim "Oh my ears and whiskers, how late it's getting!" when instructed on a claim a couple of weeks into the challenge period*.

The reason for this deadline-related paranoia is simple. The High Court is not forgiving of missed filing dates. If a claim is filed late, without extremely good reason, then more often than not, it is dead before it can even get off the ground. A metaphorical "Off with its head!" as it were.

On 1 February 2019, the Court of Appeal issued a Judgment which highlighted just how seriously filing deadlines are taken. The facts of Croke v Secretary of State for Communities and Local Government ** read like a comedy of errors - or a planning solicitor's nightmare. To quote paragraphs 12 and 13 of the Judgment:

"12.    Mr Croke was aware that the six-week period under section 288 expired on 23 March 2016, which was the Wednesday before the Easter Bank Holiday. He was also aware that on each working day - that is, on every day from Monday to Friday - the doors of the Administrative Court Office in the Royal Courts of Justice are closed at 4.30 p.m. He intended to go to the court office himself on 23 March. But he missed his train at Haddenham and Thame Parkway railway station, and knowing he would not be able to get to the court office before it closed, he sent an email to Mr Miller asking him to lodge the application on his behalf. In his letter to the court dated 26 April 2016 Mr Croke said he "returned home and emailed the Application, signed Statement of Facts and Grounds and a copy of the Decision being challenged, to Mr ... Miller, who was located just a few minutes from the Court and who agreed to act for [him] in submitting the application on his behalf". However, his attempt to get the Statement of Facts and Grounds to Mr Miller by email at 3.59 p.m. failed, because he mistyped Mr Miller's email address. He eventually succeeded in sending the document to Mr Miller at 4.06 p.m. Mr Miller said in his witness statement (in paragraph 1):

"... Despite [Mr Miller's] pleading with them to allow him to proceed to the counter he was refused entry. ...".

At 5.09 p.m. Mr Miller sent an email to Mr Croke to tell him what had happened.

13.   On 24 March, Maundy Thursday, Mr Croke himself went to the Administrative Court Office, arriving there at about 3.25 p.m. There was a queue. Mr Croke reached the front of the queue at about 5 p.m. and attempted to file his application using a standard Part 8 claim form (form N208). A member of the court staff told him he had used the wrong form and would have to file a Planning Court claim form (form N208PC) instead. He gave Mr Croke form N208PC but refused his request that he be allowed to complete it and file it straight away. He told him to return with the completed form N208PC on the next working day. Mr Croke did so on 29 March 2016, the Tuesday after the Easter Bank Holiday weekend, filing his application on the correct form."

The Secretary of State applied to strike out the claim on the basis that it was issued out of time. He succeeded and Mr Croke appealed to the Court of Appeal, who gave the appeal extremely short shrift! This may, in part, be because of Mr Croke's attempt to blame his failure to file in a timely fashion on a security guard at the RCJ***, but it is highly likely that his claim would have failed regardless.

The Judgment, which is well worth a read, acts as a stark reminder that:

In short, the moral of this story is*^: There is no such thing as 'better late than never' in the Planning Court. Do not leave it to the last minute to file your claim, or you may find yourself falling down the rabbit hole, with Mr Croke....

*** possibly not the wisest decision, given the facts of the case

*^ Everything's got a moral, if only you can find it. Particularly High Court Cases!

48. In Pomiechowski Lord Mance said (in paragraph 39 of his judgment) that for a court to exercise its “discretion in exceptional circumstances to extend time for both filing and service”, a litigant must “personally [have] done all he can to bring and notify [his proceedings] timeously”. In this case, in my view, that was not so. It was not until the last day of the six-week period, and very late on that day, that Mr Croke attempted to file his application with the court, leaving himself no opportunity to deal with contingencies that might arise and in fact did. The Administrative Court Office was open, and operating normally, for the whole of that day. But Mr Croke failed to get to the court office himself, and so did his agent, Mr Miller. He may of course say – and did – that he was no less entitled to lodge his application on the last day of the six-week period than he was on the first. That is true. He also said that he was unable to prepare his application sooner than he did, to have it ready to be filed before the last day. This seems hard to accept. But in any event it cannot be said – and Mr Croke did not – that he would have been unable to lodge the application in time had he acted more expeditiously than he did on the last day. He was himself largely responsible for his failure to make an application within the time that section 288(4B) allows. It seems quite clear that if he had not missed his train, or even if, having missed the train, he had typed Mr Miller's email address correctly when he first tried to send him the Statement of Facts and Grounds, the application could and would have been lodged in the court office before it closed at 4.30 p.m. To isolate what the security officer did at or about 4.25 p.m. as if it were the sole or critical event is wrong. It was merely the last in a chain of events for which Mr Croke himself was at least partly responsible. The fact that it happened at the very end of the six-week period for challenge does not change that. It cannot be singled out as the sole cause of Mr Croke's failure to lodge his application before the statutory time limit expired. 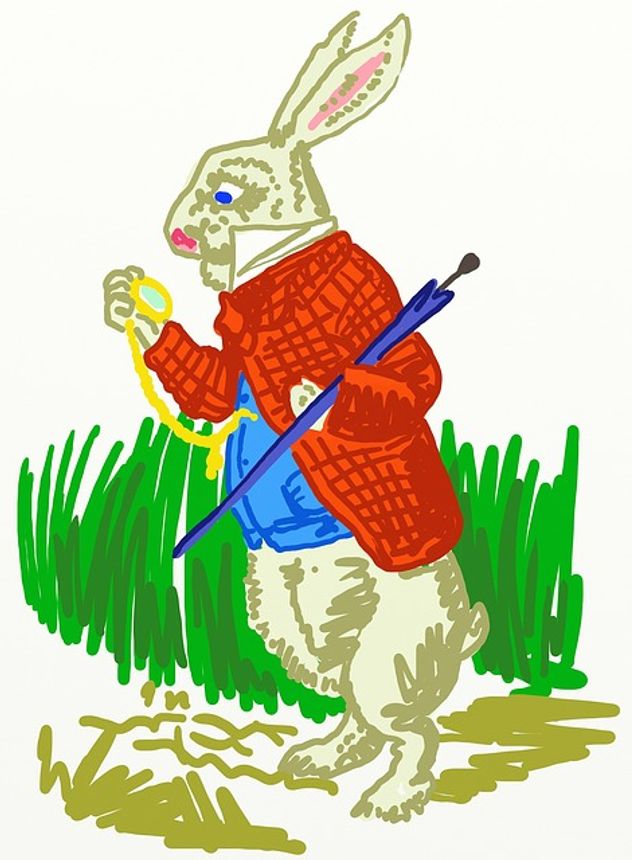