In the last eight weeks, the number of reported cases on the operation of the Community Infrastructure Levy has almost doubled. Increasing from an original total of three to an almighty five.

Given that we are on the brink of yet another set of CIL reforms*, I thought this might be an opportune time to review the case law on CIL and consider, briefly, whether the decisions are likely to remain relevant once the next set of amendments become law.

So, in reverse chronological order, let us discuss the Famous Five:

1. R. (on the application of Shropshire Council) v Secretary of State for Communities and Local Government **

The most recent High Court Decision on CIL highlights one of the most unfortunate aspects of the current CIL regime. The case concerned an individual, Mr Jones, who had obtained planning permission for a house that he intended to build himself.  Mr Jones successfully applied for Self-Build Relief and duly notified the Council of his intended commencement date under the terms of a s.106 Agreement for the property - which secured a single contribution of £9,000 - by email. Unfortunately, he failed to serve a Commencement Notice in accordance with the CIL regulations before starting work on site. As a result, he lost the benefit of his relief and the Council served him with a demand notice requiring that the entire CIL liability for the property (£39,361.43) be paid immediately.

Mr Jones appealed the demand notice. The Inspector, surprisingly, found in his favour holding that:

"on a literal interpretation of the Regulations” the email did not include particulars required by Form 6 (the form specified for the purpose under reg 67) and failed to identify the LN reference, but that the “oversight” was not fatal to Mr Jones’ case, because the email did refer to the relevant site and planning permission and unambiguously specified the intended date of commencement. In these circumstances, at para 10, he held that “in practice, substance, form and all intent and purposes the email communication has the same effect as Form 6”. He said he was content that “the purpose behind CIL reg 67 has been satisfied in spirit at least” and “the apparent failure to strictly comply with the terms of reg 67(2) should be put aside”. There was in any event no prejudice to the collecting authority because it was aware of the date'*"

The Council appealed the Inspector's decision to the High Court and, unsurprisingly, given the wording of the regulations, the Court found in the Council's favour. The email did not comply with the requirements of the regulations and was not a valid commencement notice. As such, the Inspector's decision was quashed and the CIL charge was reinstated.

Thankfully, this particular nasty trick of regulations (and therefore this Judgment) should shortly be of historic interest only. The latest set of amendments propose changing the penalty for failing to serve a commencement notice to a fine of up to £2,500, which is far more equitable than the current situation.

This case centres on the lawful use exemption in Regulation 40. In particular, what qualifies as a retained part under Reg 40 (7) (ii).

The Claimant in this case was the owner of a six storey commercial building, which had the benefit of a Pre-CIL consent for conversion into six two-bedroom flats. The consent was implemented, but the conversion was never completed. In 2017, a further permission was granted, this time for three flats, as opposed to six. The Council had adopted a CIL charging schedule by this point and served a liability notice on the Claimant. The Claimant appealed, on the basis that the building was a 'relevant building' under Reg 40 (7) as the conversion to residential was permitted under the previous planning consent, and therefore qualified  under reg 40(7)(ii). It was this point that eventually made its way before the High Court.

The Court sided with the Council and held that the building did not meet the requirements of reg 40(7)(ii). Mrs Justice Lang found that:

"the change of use from office (B1a) and warehouse (B8) use to residential use had not yet occurred, as the Claimant conceded. The first, second and third floors were a mere shell, without any facilities, and so were incapable of being used for residential purposes .... That was why the Claimant had to apply for planning permission for its proposed development of three flats (the 2017 permission), and could not rely on permitted development based on residential use pursuant to the 2011 permission. So, as at the relevant date of 21 June 2017, the intended use, following completion of the chargeable development, was not able to be carried on lawfully and permanently without further planning permission, within the meaning of  regulation 40(7)(ii)  .

28  The fact that a residential use could have been established at the Property at some future date, by completing the six flats under the 2011 permission, did not assist the Claimant, as the wording of regulation 40(7)(ii)  expressly required both the present and intended uses to match as at 21 June 2017. A potential  use was not sufficient."  *^

Unless the Claimant heads to the Court of Appeal, this judgment is likely to survive. Nothing in the proposed set of regulations alters the wording of this part of Regulation 40, and so it will be unaffected by the proposed changes.

This is a rare example of the strict and inflexible nature of the CIL Regulations operating against a Local Authority as opposed to in their favour. It focuses on the question of what precisely constitutes a valid demand notice.

The facts of the case are best dealt with by bullet point:

The Claimant appealed the surcharges to the Planning Inspectorate, who rejected the appeal on the basis that the claimant was out of time. The Claimant requested a reconsideration. On 29th August 2017, PINS wrote to the parties agreeing to accept the appeal.  In its letter it said:

"Although the Council state that the appellants' (sic) would have been aware of the surcharges from an invoice dated the same date as the [second demand notice], the appellants insist that they did not receive it until 13th July 2017. In the absence of any documentary evidence such as proof of postage, we consider it reasonable to take the appellant's contention at face value as we cannot be satisfied on the evidence available that an invoice was actually posted.

The Council judicially reviewed this decision and lost.  The High Court found against the Council on the basis that the September email did not constitute a valid demand notice under Regulation 69(2)(e) as:

As such, the email did not contain all of the prescribed information required by the CIL regulations and PINS were perfectly entitled to decide to hear the Appeal.

This is another case which will not be affected by the latest amendments to the regulations.

4. R. (on the application of Orbital Shopping Park Swindon Ltd) v Swindon BC *£

This is the most well known of all the CIL cases, so I do not intend to spend much time on it.

In short, to quote paragraphs 76 and 77 of the Judgment:

" the question before the court is not whether it was lawful for the claimant to do what it did (which I have found to be perfectly lawful)  but did the defendant act lawfully in demanding CIL under its Liability and Demand Notices by interpreting the two separate planning permissions as one?

77   For reasons that I have set out I find the defendant has acted unlawfully. Accordingly, this claim succeeds and there will be judgment for the claimant."

This is another extremely well known CIL case ^^, so it is also going to get pretty short shrift. The case considers what constitutes a 'lawful use' for the purposes of the CIL Regulations.

Again, the facts can be disposed of relatively quickly. A developer had purchased an old pub and obtained planning permission to demolish the building and replace it with residential units. The local authority imposed CIL and the Developer objected to the amount of the levy, arguing that it was entitled to a reduction because the premises had been in lawful use as a pub.

The pub had ceased trading in May 2011, but the furniture and fittings remained. The pub's company director remained living at the site, as he hoped to re-open the business. The developer argued that even though the pub had ceased to trade, the director's continued presence, along with the fixtures and fittings, meant that the building continued to be in lawful use as a pub.

The Court held that this was not sufficient to establish lawful use. In order to qualify, the use had to be active and on-going, the fact that it had not been abandoned was not enough.

Both Hourhope and Orbital Shopping Park will remain good law after the latest set of amendments are adopted.

Out of all of the Famous Five, only Shropshire will be made redundant by the upcoming changes to the regulations. At which point, we may need to find a new nickname for these cases.... perhaps the Fabulous Four?

* and I have nothing better to do today..

^^ and my daughter has just woken up from her nap

No system of administration could survive a duty imposed on a recipient of an email on one subject to remind its sender of all other notices on different subjects that he might want to send. The fact that the penalties are discretionary does not mean that the imposition of CIL itself is discretionary: it is not. The Council seems to have behaved as sympathetically as they could, imposing a minimum interest charge; and maintaining the imposition of the surcharge, in the absence of which Mr Jones would have no right of appeal. His difficulties have been caused entirely by his own acts and I see no good reason to relieve him from the consequences at the expense of the ratepayers of Shropshire. 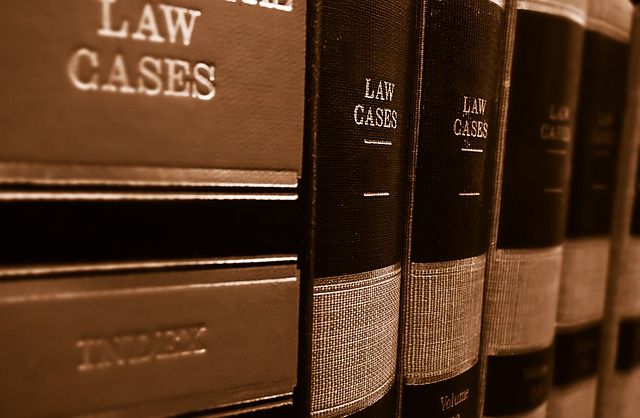