That's the title of a social experiment aired by the BBC earlier this week which invited a group of 20 people aged 18-30 to discuss whether a woman was subjected to sexual harassment at work.

The discussion group are shown a video which is interrupted at various points to allow them to discuss what had happened and decide whether she had been harassed by her colleague.

They are not told about the legal definition of sexual harassment until the end and, once they understand this, many changed their minds and decided that the female member of staff had been sexually harassed.

The drama is set in a bar. Kat is employed as a duty manager alongside an experienced duty manager Ryan. Over the course of several weeks, Ryan:

The fictional tribunal accepts that Kat has been sexually harassed because Ryan has created an atmosphere that is unwanted and has the purpose or effect of violating her dignity or creating an environment that is intimidating, degrading, hostile or humiliating or offensive to her.

As an employer, you can avoid liability if you can demonstrate you took all reasonable steps to prevent harassment or discrimination.

To establish this, you must:

The drama didn't address this. But, what I found most interesting was the comments made by many of the discussion group who initially viewed the issue through the prism of what they think is acceptable on a night out rather than what is acceptable in the workplace (although that's a moot point in itself). For example, a couple of the men said that it was okay  to "test the waters" to see if their colleague was interested in them sexually.

This suggests that they haven't received adequate training about workplace harassment and if they had behaved in the same way as Ryan (which some of them thought was perfectly reasonable) their employers would not be able to rely on the statutory defence.

We deliver practical and interactive training to help your staff understand what is and isn't acceptable behaviour in the workplace.

Please contact Kirsty Ayre to find out how we can help your organisation.

"The debate between the young people is wide ranging and impassioned. The programme reveals just how much confusion and disagreement there is when it comes to specifying exactly where a line should be drawn - a line which can become blurred. It shows the significant differences that exist between the genders when it comes to their perspective on what is acceptable." 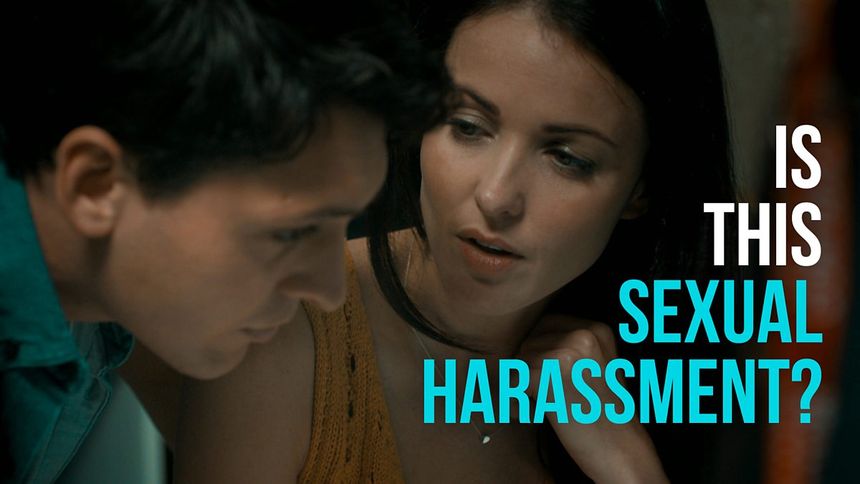 I watched this and found it really interesting. I voted yes at each stage, but it’s worrying that so many of these men and women didn’t know what #SexualHarassment was. I think this could be a valuable lesson for many.#MeToo #TimesUp https://t.co/C2xMpvrcmr via @BBCiPlayer

Huge thumbs-up to @BBCThree for 'Is This Sexual Harassment?', its new programme which combines drama and discussion to examine what constitutes #sexualharassment in the workplace. You can watch it here: https://t.co/NTPVhKrMXM pic.twitter.com/SSJRA1pWuo