If you missed Kit Malthouse's interview in the Times, earlier this month, I recommend tracking it down (or clicking the link at the bottom of this post - if you are feeling lazy).

In it, the Housing Minister discusses his intention to increase housing delivery in the UK -  a challenge he describes as "an urgent moral mission". Most eye-catchingly, he states that “If we want to achieve 300,000 homes a year, we need to have one million homes in production and four to five million in planning.”.

Whilst the Housing Minister's intentions are clear (and remarkably consistent with his many predecessors), it is less clear precisely how these numbers are to be achieved.

The current Conservative government has consulted on a large number of planning reforms. They have, however, been much slower to get the changes onto the statute book. We are still waiting for a number of promised regulations, including those that would  allow for the introduction of Starter Homes on a wide-scale.

The changes that have been introduced so far, most notably the Revised NPPF, contain a number of mixed messages or, even worse, omissions. For example;  championing large increases in housing numbers  whilst, simultaneously, strengthening greenbelt protections and neighbourhood planning; or failing to set out clearly how the new housing delivery test would actually work.

It also doesn't help when the Secretary of State refuses large-scale residential consents, which would otherwise be approved, such as the Thornsett tower development in Purley* or a new housing estate in Kensington & Chelsea.

Whilst it is hard to argue with the government's aspirations, it is difficult to see how these housing targets will be reached without:

As admirable as the sentiment is, I am not sure that asking the sector to 'Keep Calm and Carry on Building' will be enough....

* a decision which is now under judicial review: https://www.planningresource.co.uk/article/1522806/developer-launches-legal-challenge-against-brokenshires-south-london-tower-refusal

It is a challenge he calls “an urgent moral mission”, which means he is happy to mix his metaphors .... to send the message that now is the time to get building. Credit is cheap, demand is “fundamentally” strong, progress is being made in the off-site manufacture of housing, and, vitally, the drive has Treasury backing. A note of caution accompanies these statements, however. “The financial crash wiped out capacity in the construction industry,” he says. The recent rebound in housebuilding may represent “the largest expansion since the war, but we will have to take a step of the same size again to meet targets”. He continues: “If we want to achieve 300,000 homes a year, we need to have one million homes in production and four to five million in planning.” 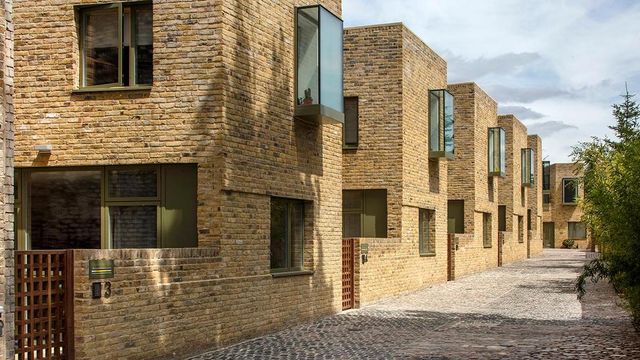