“Thinking about the “Protocol on Ireland /Northern Ireland” to the draft EU Withdrawal Agreement, it might be a good idea to focus on the actual wording of the controversial “Backstop” arrangements.

Article 1.4 of the Protocol provides:-

“The objective of the Withdrawal Agreement is not to establish a permanent relationship between the Union and the United Kingdom. The provisions of this Protocol are therefore intended to apply only temporarily, taking into account

the commitments of the Parties set out in Article 2 (1). The provisions of this Protocol shall apply unless and until they are superseded, in whole or in part, by a subsequent agreement.”

Article 2.1 of the Protocol provides:-

“The Union and the United Kingdom shall use their best endeavours to conclude, by 31 December 2020, an agreement which supersedes this Protocol in whole or in part.”

There are other provisions in the Protocol which are relevant but these provisions would seem to be key to the question of whether the United Kingdom can extract itself clearly and cleanly from the Ireland/ Northern Ireland Protocol arrangements.

This is in many senses lawyers’ law and lawyers are very familiar with concepts such as “frustrating” events, implied terms, duties to act in good faith and the high level of commitment required by an obligation to use “best endeavours”.

If the Northern Irish “backstop” is truly the only major impediment to approval of the draft Withdrawal Agreement finally being given by both sides, it should not be beyond the capability of the negotiators and the draughtspersons to provide the “clarifications “ and “interpretations” which the parties have indeed talked about.”

European Union leaders have said the Brexit withdrawal agreement is "not open for renegotiation", after appeals from Theresa May. She wants legal assurances on the Irish backstop to help her deal get through Parliament, after she delayed a Commons vote in anticipation of defeat. The PM said the deal was "at risk" if MPs' concerns could not be addressed. European Commission president Jean-Claude Juncker said there could be clarifications but no renegotiation. 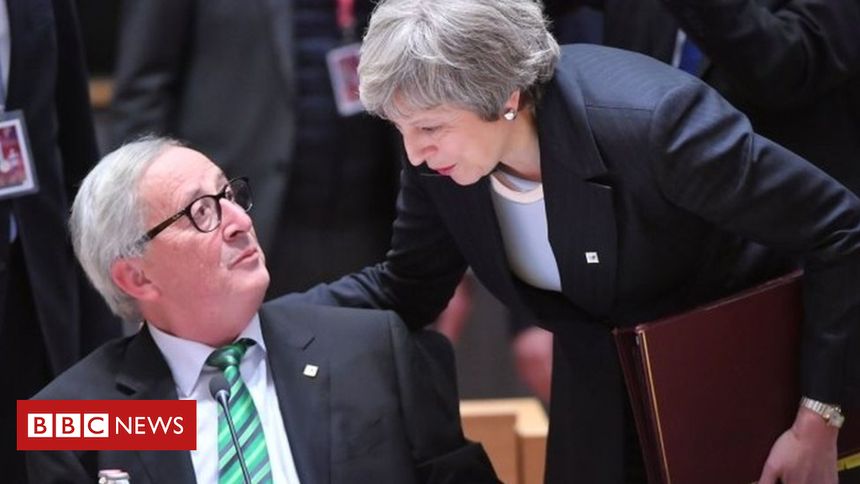 Brexit: EU says no to May on renegotiating deal - it’s like Salzburg all over again, except there’s much less time left https://t.co/1tuH0Im2fq

Tony Blair says the British public didn't vote for "crashing out of the EU with no deal" #r4today https://t.co/pYnkx75u9T pic.twitter.com/PuHvxunS4L