I've never enjoyed flying. I'm told that, statistically, it's the safest form of travel but I still worry that the plane I am on will drop out of the sky. So, when I read this headline, I was somewhat taken aback. After all, even if you aren't a nervous traveller, I doubt many of us would want to get on a plane piloted by someone  who also has a fear of flying.

That was certainly the approach FlyBe took when one of its pilots developed panic attacks linked to flying.

Mr Guest had worked for FlyBe for a number of years and was an able pilot with a good record.

He successfully applied for promotion and started to fly different planes over longer distances. Shortly after this, he became anxious and experienced feelings of "impending doom". He was signed off sick on two separate occasions and received CBT therapy, counselling and medication to help reduce his symptoms.

After medical advice, he returned to work on a phased basis. However, after he was scheduled to fly a four hour journey, he phoned in sick. As a result, his roster was cleared and he didn't return to work.

His employer obtained further medical reports. One of these expressed concerns that Mr Guest's condition had recurred and was now a "significant worry" and made him unfit to pilot a plane. He received further treatment and a different doctor said that he should be able to return to work if he could fly short routes only. A specialist aviation psychologist thought he might be able to return to flying but said there was "always a possibility" he could deteriorate further.

Shortly afterwards, senior individuals (including the COO ultimately responsible for flight safety) met and decided not to allow Mr Guest to fly again.

Mr Guest was unaware of this and continued to receive medical treatment. Further medical reports were obtained which suggested that Mr Guest might be able to resume flying subject to passing medical flight tests.

Instead of exploring this, FlyBe invited Mr Guest to a disciplinary meeting chaired by a manager who sought advice from the COO (and others) before reaching his decision. The COO made it clear that Mr Guest should be dismissed  on safety grounds if there was no alternative work he could do as the airline was not in the business of "taking risks". The manager advised Mr Guest of "his" decision and Mr Guest appealed. The appeal was heard by someone who had already been involved in some of the earlier decision making around Mr Guest's fitness to fly and, ultimately, failed.

The Tribunal said that FlyBe had a potentially fair reason to dismiss Mr Guest (capability) but had not followed a fair procedure because:

That rendered his dismissal unfair.  It ordered FlyBe to reinstate him and to pay him compensation.

This case shows that even in obvious cases, you must follow a fair procedure. If you reach a decision before hearing evidence, or the decision maker is influenced by someone else within your organisation, you are likely to be criticised.

We don't know how much compensation Mr Guest will receive, but the Tribunal made it clear it will reduce it by two-thirds to reflect the fact that if the company had followed a fair procedure, there is a good chance he would have been dismissed anyway.

“The issue for me is that if there is a mere suggestion his condition could return, which there is, we aren't in the business of taking risks in the flight deck and with people's lives. He can work almost anywhere else and we can support and keep an eye in him without worrying he may be involved in an accident in the aircraft. That's surely good for him as well as good for the airline and our customers.” - COO FlyBe 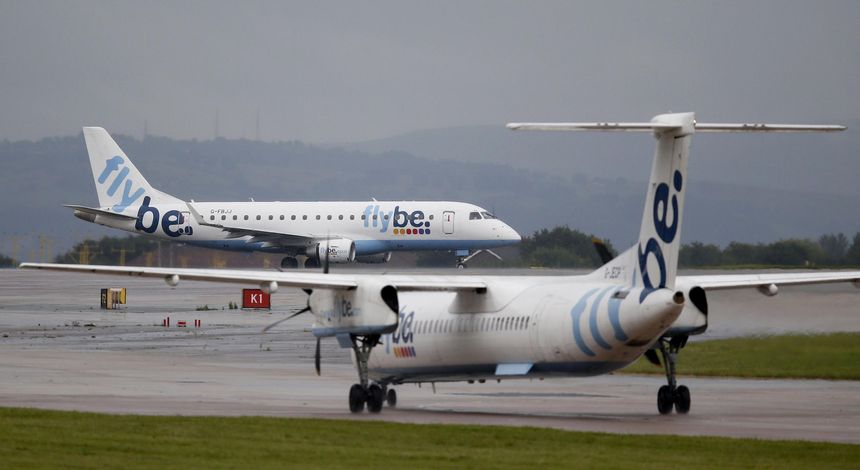