We are only 7 days out from this year's budget, so we can expect an increasing amount of pre-announcements, spoilers and speculation as the week goes on.

In fact, the pre-budget feeding frenzy has already started. Sunday's Telegraph* reported that Sir Oliver Letwin's review on build out rates is likely to weigh in on the Land Value Capture debate - on the side of Government. If the report is accurate, the Letwin Review is likely to endorse proposals that councils should be able to access a larger proportion of landowner's profits in order to fund infrastructure. Indeed, the Telegraph goes as far as to suggest that the Treasury is currently considering how best to respond to the review** - including suggestions that changes are made to compulsory purchase rules to facilitate it.

I have already covered the many, many issues with this approach in previous blogs - not least that it is based on a complete misunderstanding of how the CPO regime currently works*** - and will not go over it again. That said, it seems clear that funding infrastructure schemes is likely to form a major part of this year's budget proposals.

In addition to the final report from the Letwin Review, we are also expecting:

All of which are focused on ensuring that necessary infrastructure is properly funded without resorting to government funds, where possible.

The desire to avoid central funding of infrastructure projects is understandable given how long major infrastructure projects can take to come forward (the Stonehenge tunnel development consent order application has only just been submitted after many years of discussion, and PINS has recently rejected a NSIP application for the Northamptonshire rail freight interchange*!).

That said, I am not convinced that trying to push all or most of the costs onto developers and landowners is an appropriate response. There is only so much money in any development project, and if too much of it is seized by central and local government, there will be no incentive for landowners to release their land in the first place - or for developers to invest in building it out. Given the push to increase housing numbers, going too far in this direction will be counterproductive.

I suspect we will learn more about the Government's intentions as the week progresses, and we get closer to Budget day - but one thing is clear, the 2018 Budget, like all of its predecessors, will be all about the money *!!.

* Link to article below

** This is not something that fills me with confidence - allowing the Treasury to draft planning legislation is one of the reasons that the CIL Regulations are such a mess.

*** and also the fact that allowing the Government to seize private property at less than market rates leaves a very bad taste in the mouth.

*!! One last thing, I may be a little more haphazard than usual with my blogging over the coming months. My daughter was born a couple of weeks ago, and we are fitting the blog in with her nap times. Unfortunately, she seems to be taking after her mother, as planning law has yet to reliably put her to sleep, so it can be a bit hit and miss!

Sir Oliver Letwin, the former minister carrying out the review, is expected to recommend that local authorities should be able to seize greater amounts of landowners’ profits in order to fund the construction of local infrastructure such as roads and affordable homes. Downing Street and the Treasury are now believed to be locked in discussions over how radical an approach the government could endorse. Sir Oliver’s final report could go as far as recommending the compulsory purchase of land at discounted prices that exclude the “uplift” in value from planning permission. .... Mr Hammond is planning to set out Sir Oliver’s proposals in the Budget on October 29, although the Chancellor is likely to fall short of formally adopting any ideas until they have been further scrutinised by the government. 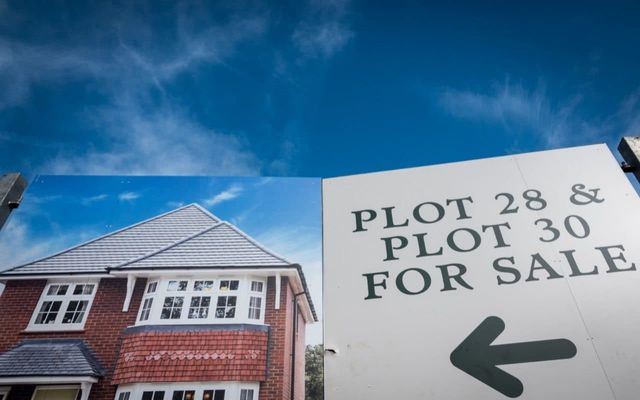