On 23 May 2018, the Court of Appeal handed down a Judgment in relation to how assets of community value are registered, which could have far reaching consequences for developers and local communities alike.

In "Banner Homes v St Albans District Council & Verulum Residents Association"*  the Court of Appeal considered whether unlawful use of an asset or piece of land can constitute a qualifying use for the purpose of listing the property as an "asset of community value". To cut a long article short, the Court held that it could.

By way of a quick recap for those who are not overly familiar with the joys of assets of community value: The asset of community value regime was introduced in 2011, as part of the Localism Act. The intention was to help local communities preserve facilities that they valued, such as village shops or pubs, by giving them time an opportunity to bid for them in the event that the facility was to be sold.

A community group or other qualifying person can apply to register an asset with the Local Authority, who will agree to list it if the current (or recent) use of that asset 'furthers the social wellbeing or social interests of the local community', and it is realistic to think that the use can continue in the future.

If an asset is successfully listed, then the community group is given a right to bid for it. If they do express a desire to bid,  a six month moratorium period kicks in, during which the asset cannot be sold.  At the end of this period, the owner can sell to anyone they like. There is no duty to accept the community bid.

As such, the primary drawbacks of listing for an owner of a property are:

In Banner Homes the asset in question was a green field, which had a couple of public footpaths running across it. The field had been used informally by members of the community for a number of years. It was accepted that most of this use had been trepassory in nature i.e. it was done without the consent of the Owner and there was no lawful basis for it. Nonetheless, the owners had known about the public access to the field and had done nothing to stop it until the application to list it was made (at which point the field was promptly fenced off - so that only the footpaths were accessible).

The listing was granted by the Council and this decision was challenged by the Owner of the field - eventually ending up in the Court of Appeal.

The Court of Appeal held that there is nothing in the wording of the Localism Act, or the supporting regulations, to prevent unlawful uses being taken into account when deciding to list a property as an asset of community value, provided that the use could legitimately be held to have furthered the 'social wellbeing or social interests of the local community'.

Whilst there may be occasions where unlawful behaviour could not be relied on (for example, holding illegal 'raves' or situations where access had only been achieved through deception or criminal damage), it was unlikely that such activities could be held to promote the 'social wellbeing' of the local community. As such, the means of preventing such listings was though the benefit of the use for and to the community, as opposed to whether or not it was lawful in the first place.

In an interesting footnote, Lord Justice Davis** used the judgment to point out that the likely reaction to it by the owners of land or property that was vulnerable to listing would be to take steps to prevent access by the public.  Whilst this was 'unfortunate' and a potential 'unintended consequence of the 2011 Act', the Court did not consider it  a reason to depart from the wording of the act itself.

Whilst the Court may not have considered it a reason to strain the wording of the statute, I am fairly sure that a large number of landowners will consider it a perfectly good reason to secure land which had previously been relatively accessible.... which, if nothing else, could be a bit of a boon to the fencing industry.

Lord Justice Davis: 69.It has been an unfortunate consequence in this case that, by reason of the nomination, Banner Homes felt constrained, in order to protect its commercial interests as the land owner, to fence off the Field from the public footpaths. It would be a further unfortunate consequence if other land owners, perhaps holding land with a view to potential development in the future, likewise were to feel constrained to restrict public access to their land. That particular unfortunate result which has arisen in this particular case may prove to be an unintended consequence of the 2011 Act. But be that as it may, that can provide, of itself, no reason for departing from the clear statutory purpose behind, and the clear statutory language of, the 2011 Act. 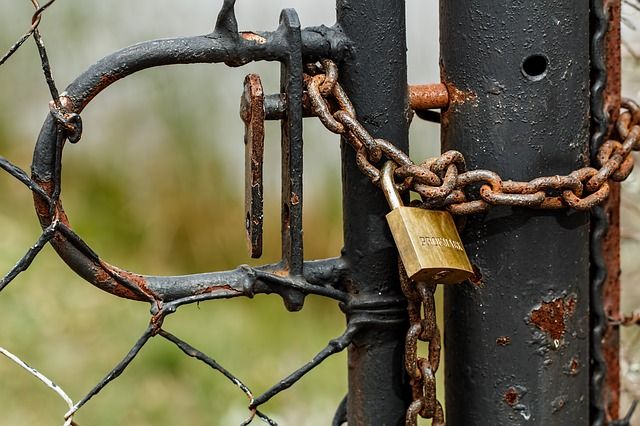