Even the most hardened planning cynic has to feel some sympathy for Waverley Borough Council, which is currently facing three separate Judicial Review challenges to the lawfulness of its newly adopted local plan.

The challenges have been brought by the CPRE; a local group called Protect Our Waverley (POW); and two local residents.

From the information available, it appears that both the CPRE challenge and that of POW centre on the late addition of higher housing numbers to the plan, to take account of the unmet housing need of Woking Borough Council.

This increase in Waverley's housing numbers came about by way by of a modification suggested by the Examining Inspector. The Council's submitted draft local plan made no allowance at all for the unmet housing need in Woking,  which the Inspector considered to be "not a sound position". Particularly as the only developable areas left in Woking were in the green belt. Waverley Council, whilst also containing protected designations, was considered to be significantly less constrained.*

As such, it was deemed necessary to propose a  modification increasing the housing numbers in the plan, to meet a proportion (well.... 50%...) of Woking's unmet housing need to enable the plan to be found sound.

In short - the additional housing was a price that Waverley had to pay in order to be able to adopt its Local Plan at all.

The inspector's modification is now alleged to have been unlawful, with the CPRE claiming** that the decision "failed to take into account the environmental constraints and specifically the harm to the Surrey Hills Area of Outstanding Natural Beauty (AONB) and the London metropolitan green belt" and was made for "inexplicable and perverse" reasons.

The Chairman of Protect Our Waverley, made similar criticisms, stating: “It is most regrettable that POW, along with others, are having to challenge the unwarranted imposition by Inspector Bore of an unsustainable increase in housing to be built over the next 15 years. Common sense tells us that people who want to live in Woking do not want to live in rural Waverley. So why should Waverley have been forced to accept 21% more new homes purely on the basis of Woking’s ‘unmet need’?"***

Waverley Council seems to be stuck between a rock and a hard place. On the one hand, Government policy, and the Planning Inspectorate, push Councils to meet housing needs in full wherever possible, and to take account of unmet need in neighbouring authorities. On the other, this is often heavily resisted by local people and pressure groups.

This is shaping up to be quite the fight between the NIMBIES and the need for housing. It will be interesting to see who, ultimately, wins.....

* see paragraphs 27 to 31 of the Inspector's report - which can be found on Waverley Council's website.

** In a press release available on the POW website

two other legal challenges to Waverley Council’s adoption of the local plan were submitted on the same day, one of which is from the local action group Protect Our Waverley (POW). Waverley Council leader, councillor Julia Potts said: "This administration is really proud of our new local plan. It has been found to be sound, we have adopted it and it has already fended off significant unwanted and inappropriate development in this borough.  "The adopted local plan is Waverley’s lawfully adopted framework for development and planning decisions. The plan will continue to be our guide for all future development in the borough despite these challenges." Potts said she was "confident" the council would defend the plan against all three challenges adding that it would "pursue full reimbursement of all legal costs we incur". 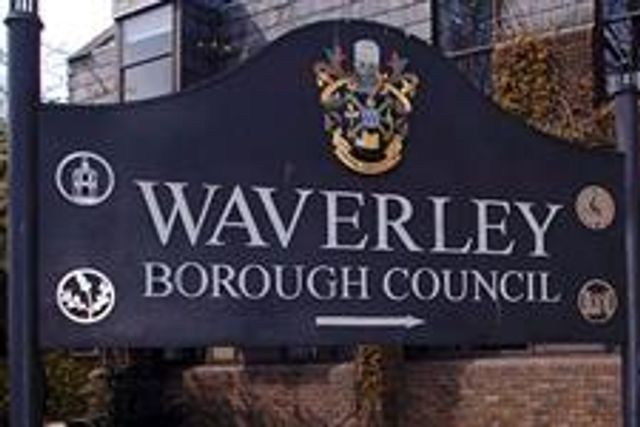