As the cabinet seems to have taken a short break from announcing yet more planning reforms*, this post takes the form of a trip to the planning courts. This week has seen the release of two interesting decisions from the Royal Courts of Justice.

The first is R (Thornton Hall Hotel Ltd) v Wirral MBC**  - a case largely notable because of the Court's willingness to do the highly unexpected; allow a judicial review challenge to be lodged the best part of five years out of time.

In 2010, Thornton Manor applied for  planning permission  for three marquees at its property, which were to be used to hold wedding receptions and other functions. The Council's planning committee resolved that the applications should be granted subject to a number of conditions. The most important of these being a condition which limited the permission to a period of five years, after which the marquees would have to be removed or a further planning application made to retain them.

The planning permission which was eventually granted, in 2011, was entirely unconditional. The Council had failed to include any  of the conditions decided upon by the planning committee.

There appears to have been a significant amount of confusion after the planning permission was granted, a number of different versions of it, with different dates, were published on the Council's website. An application to discharge some of the conditions, which did not actually appear on the face of the decision notice, was also submitted to the LPA a few years later. As a result of the confusion, the fact that a mistake had been made did not come to light until Spring 2017. A judicial review claim was filed by Thornton Hall Hotel, between five or six years out of time.

The Court not only allowed the claim to come forward out of time, but also proceeded to quash the defective planning permission. The reasons for this are both connected and highly fact specific.

The claim was allowed to proceed because of the behaviour of the Interested Party. It was ultimately quashed not only because the decision notice was plainly defective, but also because the Court had taken such a dim view of the Interested Party's behaviour that it was held to unconscionable to allow them to benefit from it by retaining the planning permission in the form it was granted.

So what had the Interested Party done that so upset the Court?  Well, it was probably a combination of the following:

The second case that caught my eye this week was Braintree District Council v Greyread Limited & Anr *^^  which deals with the meaning of 'isolated' in the NPPF and, perhaps more importantly,  whether or not we can still trust the dictionary as a guide to what words actually mean these days.

This case can be dealt with much more succinctly that its predecessor - not least as the Planning Resource case note is summarised below.

In short, the matter centred on what the NPPF meant when it instructed councils to 'avoid new isolated homes in the countryside'.

Bearing in mind that this case concerns the interpretation of a single word (and not an overly complicated one), it has quite a long planning history - having been considered by a planning inspector and the High Court, before making its way to the Court of Appeal.

In a Judgment that will no doubt delight the campaign for plain English *", the Court of Appeal found that:

" .... it is neither necessary nor appropriate to gloss the word "isolated" by reading an additional phrase into paragraph 55 whose effect would be to make the policy more onerous than the plain meaning of the words it actually contains. No such restriction is apparent in the policy, or, ... , implicit in it. " (para 39)

"To give effect to the policy in paragraph 55, the inspector was not obliged to ask himself whether the proposed development would be "functionally" isolated as well as "physically". He was required only to consider whether it would be physically isolated, in the sense of being isolated from a settlement. And he did that. " (para 42)

In short the word 'isolated' retains its dictionary definition ( being 'far away from other places, buildings, or people; remote').

A win for common sense, and the Oxford English Dictionary, but no doubt deeply disappointing for Braintree Council.

* no doubt to focus on other things - like Brexit ... or the Easter Bunny

Paragraph 55 of the National Planning Policy Framework (NPPF) instructs local planning authorities to "avoid new isolated homes in the countryside". Braintree District Council in Essex relied on this policy when it refused to grant Granville Developments permission for two bungalows in the village of Blackmore End in 2016, arguing that the homes would be "isolated from services and facilities". The Court of Appeal yesterday upheld a High Court decision ruling that proposals cannot be considered isolated if there are other dwellings nearby. ... in the Court of Appeal, Lord Justice Lindblom said: "Whether a proposed new dwelling is, or is not, ’isolated’ in this sense will be a matter of fact and planning judgment for the decision-maker in the particular circumstances of the case in hand." ... Braintree District Council v Greyread Limited & Anr. Case Number: C1/2017/3292 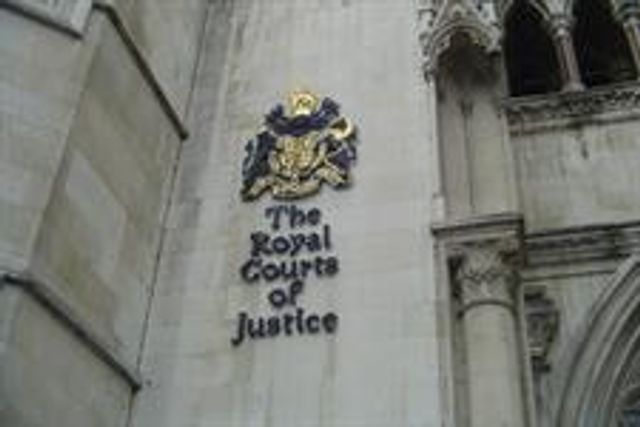